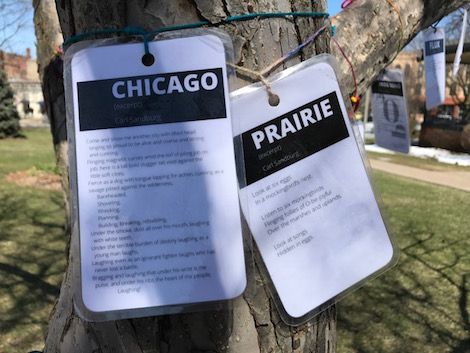 Located 47 miles from Chicago, Woodstock, Illinois, is a town of over 25,000 people with the kind of rural and crunchy feel to it that would lead you to believe it’s much farther than away. After living for several years in Wisconsin, my husband and I decided to move closer to Chicago last year. Woodstock became our new home town and one that has a wonderfully rich literary history.

It’s possible you’ve seen downtown Woodstock’s iconic Square before. Maybe you’ve even seen some of the old Victorian homes that surround the Square, too. If you’ve ever watched Bill Murray’s classic Groundhog Day, perhaps you’re familiar with these spots: 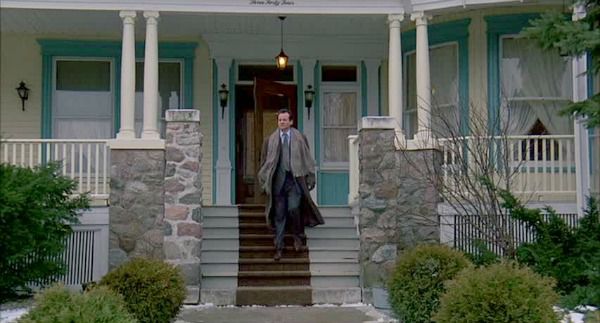 The B&B where Phil stays is a real house—and a real B&B in Woodstock. 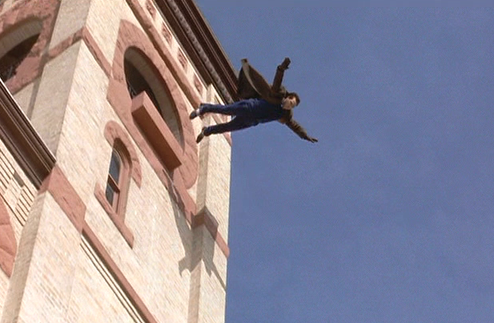 Phil’s leap happens from the Woodstock Opera House, right in the square. Yes, you can absolutely catch a show there. 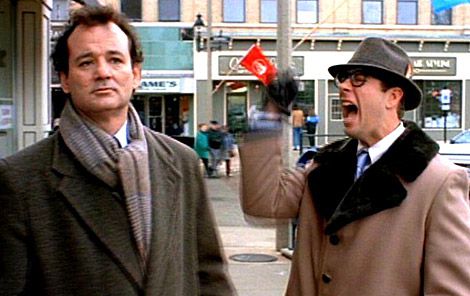 Phil punches Ned in a scene where you get a nice look at one of the sides of the square.

All of these locations and spots of interest for the movie are marked throughout the city (“Phil steps in a puddle here” is one of the sidewalk markers from the scene above), and more, fans of Groundhog Day are treated to a huge annual Groundhog Days event in Woodstock every February.

But you’re not here for a post about movie filming locations. Woodstock is home to a wide array of amazing literary history and gems you can check out. 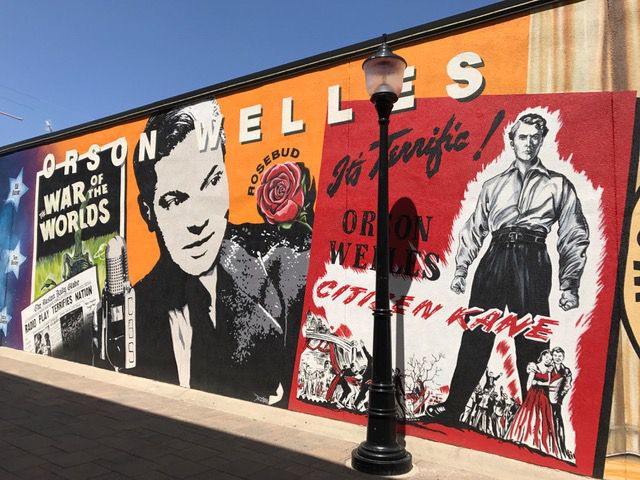 Orson Welles wasn’t born in Woodstock, but he attended school here and adopted it as his hometown. The Todd Seminary for Boys—no longer in operation—was where he found his footing in theater, performance, filmmaking, and writing.

When asked  to talk about his idea of home, Welles said “I suppose it’s Woodstock, Illinois, if it’s anywhere. I went to school there for four years. If I try to think of a home, it’s that.”

Welles is a proud son of the town, where his contributions to the cultural world are heralded not only on a giant mural, but where a statue is being erected to him this June.

Another creator who called Woodstock home was Chester Gould. Gould created the Dick Tracy cartoon strip, which he created from 1933 through 1970. After seeing success with his strip in the Chicago Tribune, he settled into town after driving through it on his way home from a trip to Wisconsin. Not only did he earn a big of celebrity here during his time—and he was known to do some of his work from the Square on a sketchpad—locals periodically inspired his work.

Woodstock no longer operates a dedicated Dick Tracy museum, though Gould’s legacy lives on throughout town. Gould and Tracy’s images grace the same downtown mural as pictured above, and a playground near the police station features some of the iconic characters from the comic strip. The park around the playground is dedicated to Tracy, too. 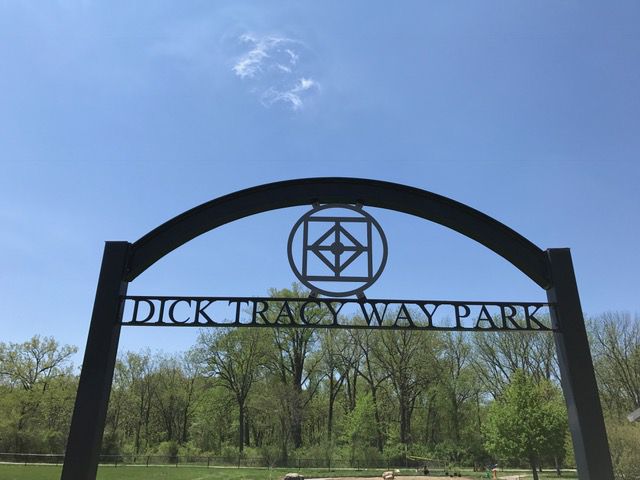 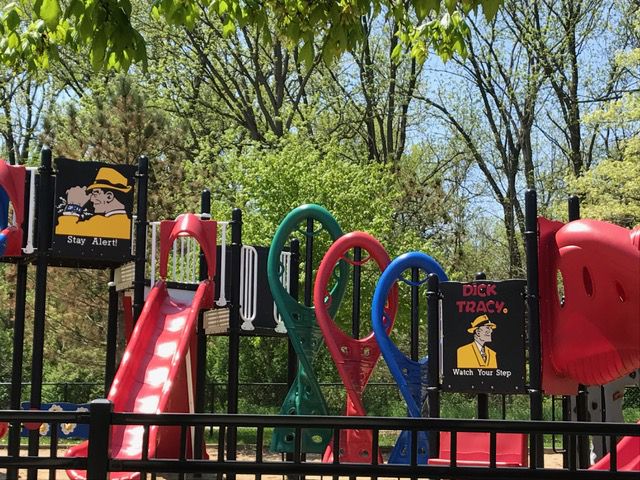 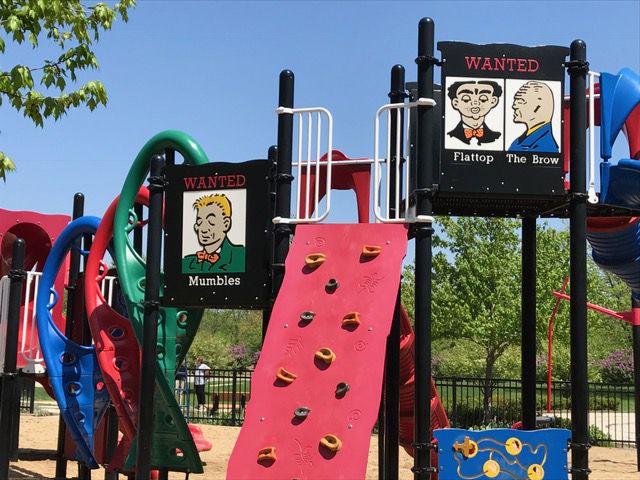 Woodstock also once called itself home to not one, but two typewriter factories. In 1896, a reverend minister from Iowa had a dream of setting up shop producing typewriters. He settled in Woodstock, where he was able to acquire a building for free from the city. The Woodstock typewriter factory produced Woodstock Typewriters throughout the early twentieth century—based on an idea by one of the founders of Sears, Roebuck, and Company—and in 1910 a second factory came to town and joined in the business.

Although tracking down a Woodstock Typewriter is challenging, many places throughout town have one or two that you can look at.

One of those places where you can peep an original Woodstock Typewriter is Woodstock’s independent bookstore, Read Between The Lynes. Located right on the Square, Lynes offers a wide selection of new books, both front list and back. The store also serves as the visitor center for town, and it has a candy store, an ice cream selection, and of course, caffeinated beverages. The cafe, named Just Your Type, is an homage to the typewriter history in town. 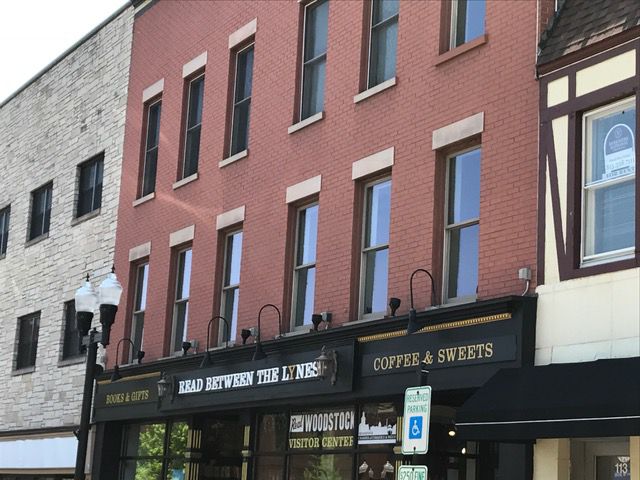 Woodstock is also served by its own library, and throughout town, there are Little Free Libraries aplenty to be discovered. One might choose to wander around town, admiring the wealth of Victorian homes, and hit up both the local library and several Free Libraries along the way. There’s also a used bookstore located on the Square, run by the Environmental Defenders of McHenry County, called The Green Spot Bookstore.

Thanks to groups like the Atrocious Poets, there’s an active writing community and investment in encouraging literacy and love for reading in Woodstock. The Atrocious Poets spent this April spearheading a “One Poet, One City” project that encouraged locals to attend readings, film screenings, and more, focused on appreciating poetry and, more specifically, better learning about local legend Carl Sandberg.

Not only was a slate of great events offered, but, throughout town, poetry was everywhere. From storefronts to a “poe-tree” in the center of the Square, to poems on coffee sleeves, it was impossible not to encounter a little literary fun and creativity. 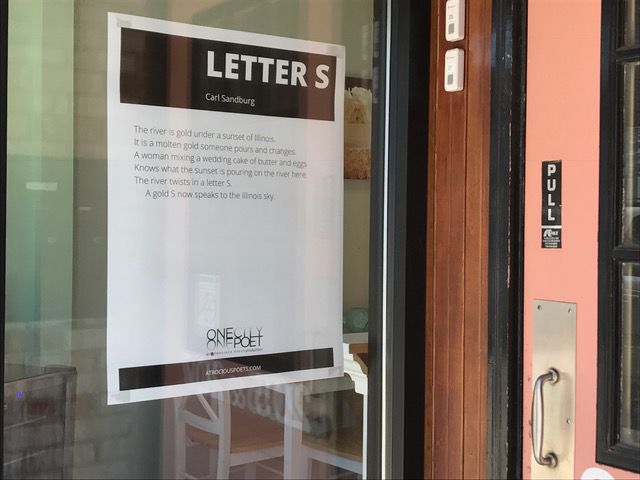 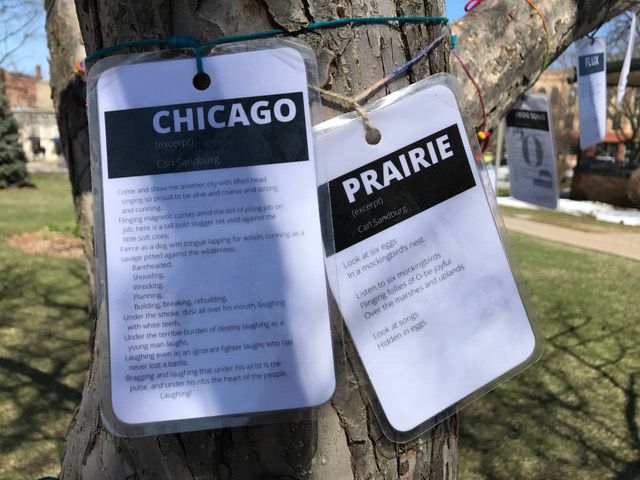 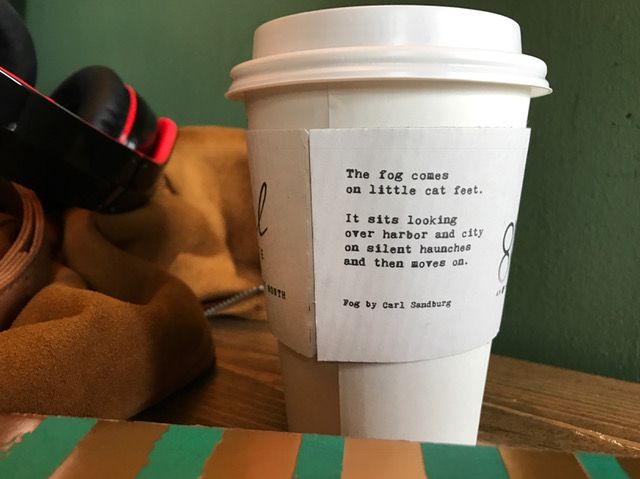 This August, Woodstock will be hosting its second Wizarding World of Woodstock event. Created to honor the 20th anniversary of the Harry Potter series in 2017, the event was such a huge success that it’s coming back again.  This year’s Thursday evening shindig sounds like it might be even bigger than before. You can check out some of the events and photos from the first event on the Woodstock Public Library website.

Woodstock’s worth the drive for Chicago-area folks or those who’ll be in the area, and it’s an easy Metra ride to the heart of town.

Once you poke around and load up your book shopping totes, make sure you wander into Ethereal Cafe, where you can settle in to read with a cup of your preferred beverage—spiked or not—and fresh chocolate made right on site.

Loved literary Woodstock? Check out all of our literary tourism!

All photos, except screen caps from the film Groundhog Day, were taken by Kelly Jensen.