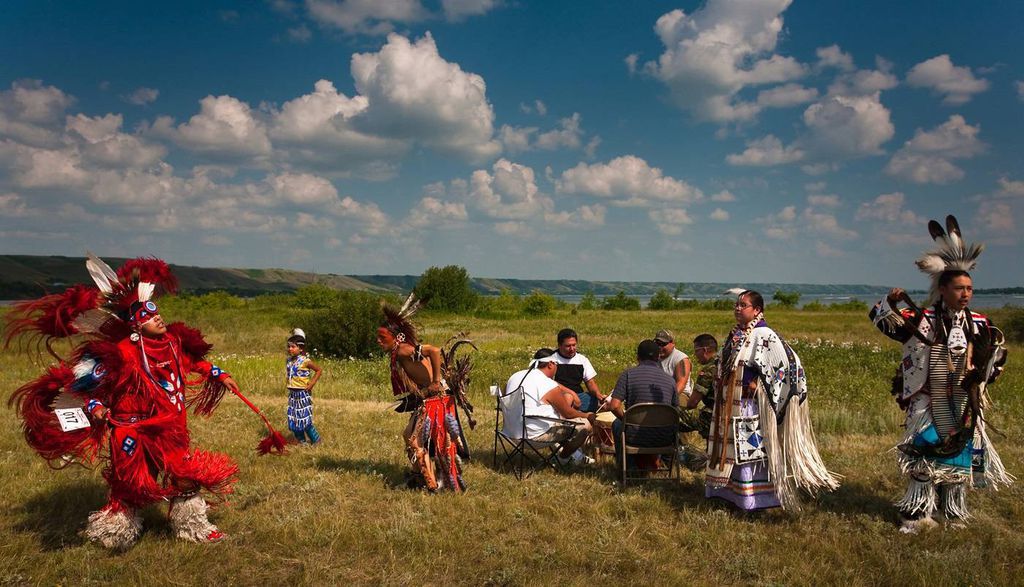 The province of Saskatchewan is shaped like a large rectangle, right in the middle of Canada. The history of storytelling in this region began with the Aboriginal people who first lived on this land, and continues today with a vibrantly multicultural writing community. Renowned authors such as Yann Martel, Mary Balogh, and Ross King were either born or live in this province, suggesting that perhaps there’s something in the huge sky and striking horizon that inspires creativity. If you aren’t able to come here for a visit, reading books by local authors and about the land itself is the next best thing. We hope this reading list can help you take at least an armchair tour around this prairie province: 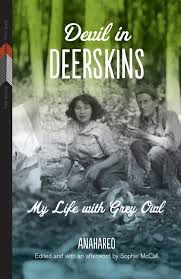 Near the northern town of Waskesiu are a number of hiking trails, one of which leads to the site of Grey Owl’s cabin. Born Archibald Belaney, he changed his name to Grey Owl as he took on a fraudulant First Nations identity. In life, he was known for his work as a conversationist; following his death, the truth of his heritage emerged. His widow, the Mohawk writer and activist Anahereo, has published her memoir of their time together in Devil in Deerskins: My Life with Grey Owl. 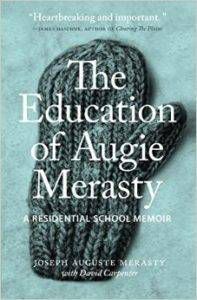 The story of the creation of  The Education of Augie Merasty: a Residendial School Memoir is nearly as fascinating as the book itself, as editor David Carpenter worked for nearly a decade with Joseph Auguste Merasty to turn a series of hand-written letters into this work. Merasty’s warm, conversational writing style, along with the book’s importance as a first-person account of the residential school system, has brought it numerous awards. In 2017, the Saskatchewan Library Association voted this as the inaugural One Book One Province pick, inviting all Saskatchewan residents to read and discuss this important work. 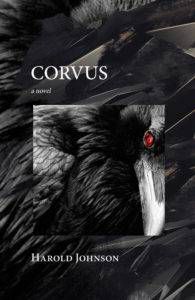 La Ronge is a Northern town that is both home to author and lawyer Harold Johnson, as well as being the setting for his environmental dystopia Corvus. This novel takes place eighty years after flash floods, droughts, and tornadoes have ravaged the North American landscape, leading to mass migration north, causing La Ronge to become a bustling metropolis. Johnson has also recently published the urgent nonfiction work Firewater: How Alcohol Is Killing My People (and Yours), nominated for the 2016 Governor General’s Literary Award. 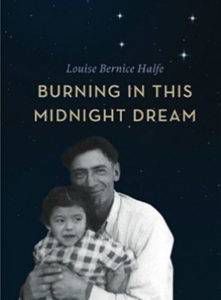 The sheer size of the province lends itself to lengthy road trips that allow time for meditative thought. It was during the three-hour commute between her northern home to attend classes in Saskatoon that Louise Halfe began writing the journals that flourished into her career as a poet. Her most recent collection, Burning in this Midnight Dream, recalls the damage done by the residential schools to her parents, her family, and herself. 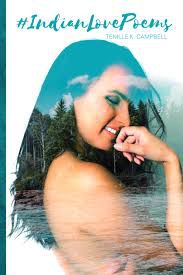 Tenille Campell is a Dene & Métis author and photographer from English River First Nation in northern Saskatchewan. Her debut poetry collection, #IndianLovePoems, delves into the humour and truths of love and lust within Indigenous communities. She is also the co-creator of the collective blog Tea & Bannock, which features the photographs and stories of Indigenous women throughout Canada. 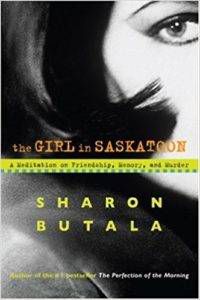 There’s a famous Johnny Cash song called “The Girl in Saskatoon,” which he once sang, in Saskatoon, to a woman named Alex Wiwcharuk. Author Sharon Butala, who attended school with Wiwcharuk, explores the effect of this woman’s still-unsolved murder on a personal and city-wide level in The Girl in Saskatoon: A Meditation on Friendship, Memory and Murder. More recently, Butala published the evocative memoir Where I Live Now: A Journey through Love and Loss to Healing and Hope, about the sudden loss of her husband of 33 years. 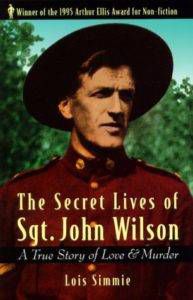 Decades earlier, Saskatoon was also the site of another woman’s notorious murder. Sgt. John Wilson was an RCMP officer when he was put to death for a brutal murder; in The Secret Lives of Sgt. John Wilson, author Lois Simmie delves into the twists and turns of this true crime story. The tale stretches from England to Saskatoon, including World War One, epidemics of TB and Spanish influenza, as well as a variety of local landmarks you can still visit today. 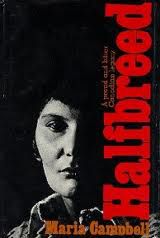 Saskatoon is home to the University of Saskatchewan, which numbers among its faculty the writers Maria Campbell and Guy Vanderhaeghe. Campbell, a Métis Elder, writer, and filmmaker is also the author of the memoir Halfbreed, which is part of the syllabus of many school across the country. Vanderhaeghe is an award winning fiction writer, whose latest work — Daddy Lenin and Other Stories — recently garnered him a third Governor General’s Award. 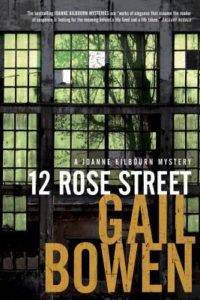 Gail Bowen, author of the Joanne Kilbourne murder mysteries, also makes her home in this province. Her character began investigating murders at a Saskatoon art gallery in Murder at the Mendel, and most recently found herself caught up in a Regina mayoral race in 12 Rose Street. 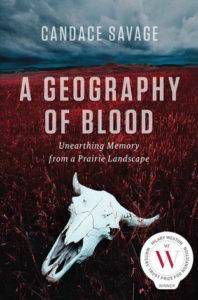 Learn more about the prairie landscape and the history of the province in Candace Savage’s A Geography of Blood: Unearthing Memory from a Prairie Landscape. This work finds the award-winning author embarking on a profound and dramatic journey through the eloquent landscape of southwestern Saskatchewan. 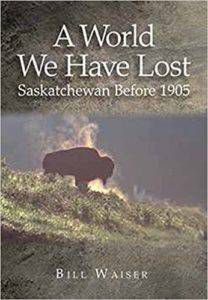 And for an in-depth examination of the development of the province itself, from an Aboriginal and environmental point of view, you can’t go wrong with Bill Waiser’s A World We Have Lost: Saskatchewan Before 1905, which was recently awarded the Governor General’s Award.