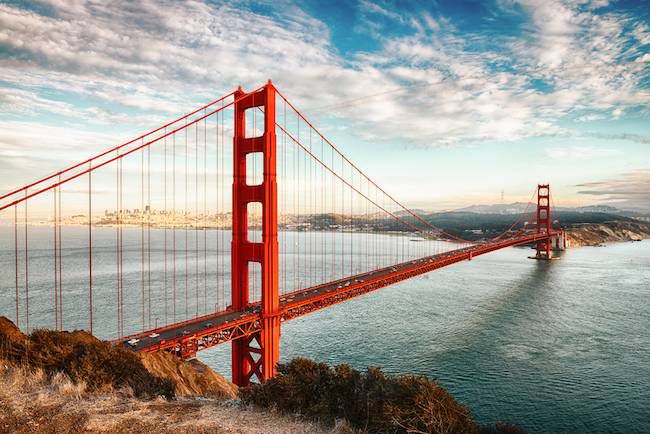 I’m an Angeleno but I was born in Berkeley. Northern California is an old but distant friend with whom I parted ways when my library housed only The Poky Little Puppy and the rest of Little Golden Books’ catalog of muted book covers. But I remember Children’s Fairyland in Oakland and even then was I an avid fan of bound paper.

San Francisco is a city I’ve never known what to do with, having spent enough time in it not to consider a visit a new experience, but having very little (80s-tinted) memories of the place. I’ve been back a few times recently and have renewed my love for the place. When I learned there’s a literary map of San Francisco. Well.

This is the coolest thing. The San Francisco Chronicle gives you booksellers, places, passages, authors, and more pinned on an interactive city map. Let’s discover some highlights together, tinged with some of my own experiences. 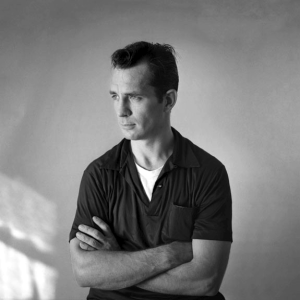 And how about we start with Jack Kerouac Alley because it gives me a reason to stare at this photo of the On the Road author again? Kerouac Alley was named by poet and City Lights Bookstore (“alternative culture’s only ‘literary landmark'”) founder Lawrence Ferlinghetti who wanted the home of his storefront cleaned up. Of the alley before Kerouac’s naming, Ferlinghetti said it “smelled pretty bad on a warm day.” I like to imagine an alley full of strays in black turtlenecks snapping their fingers as they strut in formation behind Kerouac from City Lights to the bar across the way. Kerouac Alley is located in Chinatown, but if you want to pay a visit, don’t get dim sum in the area–the beatniks would never vibe with those prices.

Now let’s enjoy I Know Why the Caged Bird Sings author Maya Angelou singing and stomping it up at The Purple Onion on Columbus Avenue. Angelou got a gig there after studying dance and drama at the California Labor School. Unfortunately, The Purple Onion cellar club closed down in 2012, but reopened as comedy club Doc’s Lab, complete with renovations to preserve the historic building. You can still touch the wall and feel close to Angelou, or a building. Don’t be confused by The Purple Onion at Kell’s. It took over the name in 2012, but it’s not where Angelou danced and Richard Pryor did stand-up. Catch a comedy act at Doc’s Lab or, since you’re near Embarcadero, visit The Slanted Door for oysters and a fresh sea breeze.

Let’s pour one out for the homies. You can’t visit San Fran’s first bookstore, but you can visit the plaque memorializing John Hamilton Still‘s long-running bookstore, which opened in 1849 and burned down the next year…

But you can visit The Booksmith, an adorable bookstore that still stands. Oh my god I passed this store while drunk-wandering through Haight-Ashbury and was beguiled by their dollhouses and the fact that every book I’ve been wanting to read was in the window display. If you like to visually scout out your bookstores before visiting, you’re in luck–they have an Instagram. Now go check them out and pick up a dollhouse for me while you’re at it. Haight-Ashbury, that other place where the dream of the 90s (and 60s) is alive, is a must-visit anyway. If you’re there, pop into Piedmont Boutique for high heel earrings and grab a cheap on-the-run slice at Escape from New York Pizza.

There’s so much more to discover in bookish Frisco. Be my guest–wander around the city with the magic of technology. If you’re well-acquainted with my homeland, share out your favorite San Francisco literary landmarks and bookish bazaars.