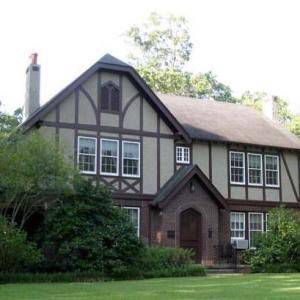 “The big question was, ‘My Lord, you can live anywhere in the world you want, why did you choose Mississippi?’ My glib answer was, because I can live anywhere. But the true answer is that of any place I’ve ever been, this feels most like home. When I come here, when I hit Mississippi, everything is right.” –Morgan Freeman 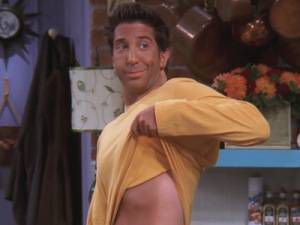 Pulitzer, Nobel, National Book Award, and best independent bookstores should come to mind. Oh, and food. We’ve got that on lock, too.

The I-55 Tour is a book lover’s dream. A mere 180 mile stretch of road separates William Faulkner’s Oxford and Eudora Welty’s Jackson, with a pit stop to one of America’s hidden gems in between.

For an in depth look of Oxford’s literary tour, make a hot toddy and read all about it.

Donna Tartt. Home of the Viking Range Company (and the cooking school). Final resting place of blues musician Robert Johnson (we think…he did sell his soul to the devil and all). There are lots of bookish things to do in Greenwood and even more culture to absorb. It’s hard to describe Greenwood and the rest of the Mississippi Delta. You just have to experience it.

“If you’re not enjoying something, you’re probably doing it too fast.” -Donna Tartt

turnrow (noun) – a farming term for the the wide row perpendicular to rows of crops, used for turning around the farm equipment

Whenever someone mentions TurnRow, I get the warm fuzzies and my stomach starts to growl. Not only is the place drop dead gorgeous, but they have a cafe upstairs with slap-yo-momma-good food. Former Square Books employee Jamie Kornegay and his wife Kelly opened TurnRow Book Co. in 2006, and almost a decade later it is a must-visit on the book tour circuit.

Kornegay’s debut novel, Soil, will be published in March 2015. Believe me when I tell you: IT IS AMAZING.

“You is kind. You is smart. You is important.” -Kathryn Stockett, The Help

Technically, The Help takes place in Jackson, MS, but most of the movie was filmed in Greenwood.

“When Johnson started singing, he seemed like a guy who could have sprung from the head of Zeus in full armor.” – Bob Dylan on Robert Johnson

The Legend of Robert Johnson

I have included Robert Johnson because real life is so much better than fiction. Legend claims Johnson sold his soul to the Devil at the crossroads of Highways 61 and 49 so he could play the blues. After being poisoned by a jealous man at a juke joint, Johnson was taken to a shotgun house at the Star of the West Plantation north of Greenwood, where he died on August 16, 1938 at the age of 27. His death certificate states that he was buried at “Zion Baptist Church” but WHICH ZION BAPTIST CHURCH? There are three, each with their own grave markers.

“Whenever my environment had failed to support or nourish me, I had clutched at books.” -Richard Wright, Black Boy

Talk to the hand, y’all. I’m spending dollars. Lemuria Books is a book smeller’s heaven. They don’t do digital. Period. Owner John Evans has been the lover and seller of physical books in Mississippi’s capital since 1975 (!) and has maintained his rightful spot near the top of the nation’s best independent bookstores list by…not conforming. It’s pretty unreal to see the scale of Lemuria with your own eyes, and it’s a Herculean feat to walk out empty handed. Sometimes if I’m really good, bookseller extraordinaire/Lemuria buyer Joe Hickman will let me pet the rare books. (Hey, Joe…next time I visit can I sniff the $7,500 limited edition signed copy of Faulkner’s Absalom, Absalom!? I promise I won’t get Cheetos on it.) Lemuria was Jackson native Eudora Welty’s favorite bookstore. Speaking of Miss Eudora…

“I cannot remember a time when I was not in love with them–with the books themselves, cover and binding and the paper they were printed on, with their smell and their weight and with their possession in my arms, captured and carried off to myself.” -Eudora Welty

For seventy-six years, Pulitzer Prize winning author Eudora Welty lived and wrote in her home on Pinehurst Street. After her death in 2001, the Mississippi Department of Archives and History restored her home. It is one of the nation’s most intact literary house museums, as she left her home and collection containing thousands of books to the state. There is a virtual tour to tide you over, but you have to see it in person just for Welty’s garden.

“Stay fit and live long and prosper, but write your own obituary now, while you can, just in case.” –Jill Connor Browne

You know the really hilarious Sweet Potato Queens book series? That. What, you didn’t know it was true? Bless your heart.