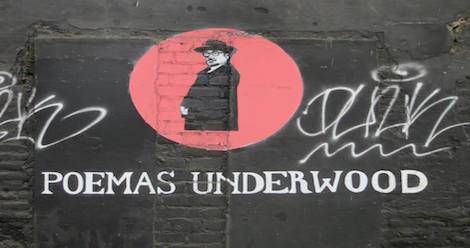 When it comes to the big literary centers of Latin America, most people think of sprawling Mexico City or cosmopolitan Buenos Aires. Despite it being overshadowed by these two behemoths, my hometown of Lima, Peru boasts a rich tradition that spans many of the region’s major movements and even includes a Nobel Prize winner. The local literati, miraculously, managed to keep the scene alive even through the tumultuous violence of the 80s and 90s when a book was prohibitively expensive for most of the residents. Thankfully, the city has experienced a cultural resurgence in the past decade, making it once again a destination set to fulfill your bookish desires.

If you happen to be in the city until July 31, then do yourself a favor and head to this annual book festival and expo. The Feria Internacional del Libro is way more than just a congregation of booksellers—it includes conferences, talks, creative writing and professional workshops, concerts, readings, and even the chance to correct your typo-ridden tattoo. The event also hosts a number of national and international authors that are creating a buzz in the oft-neglected South American literary industry. Colombia is this year’s special honoree, so attendees will be able to rub elbows with the likes of Juan Gabriel Vásquez, Laura Restrepo and Margarita García Robayo. The French Noble Laureate, Jean-Marie Gustave Le Clézio will also make an appearance. 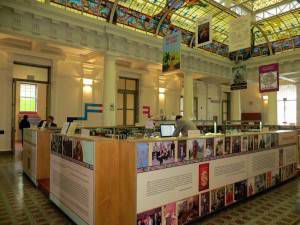 Located in the historical Desamparados Train Station building, the Casa de Literatura Peruana is dedicated to teaching, preserving, and supporting the country’s literary history. Here you can learn more about such Peruvian luminaries as Mario Vargas Llosa, Alfredo Bryce Echenique, César Vallejo, José María Arguedas, Blanca Varela, Pilar Dughi, and more. A short walk from Plaza de Armas will take you there, where you can enjoy its latest exhibits, peruse its library collection or simply enjoy a nice cup of coffee at its outside café. 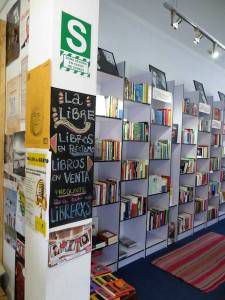 For flash and crisp-looking shelves, head to Crisol. With over 30 stores around the country, the chain is the closest thing Lima has to big-box bookstores though its manageable size and happy environment will remind you more of a neighborhood bookstore back in the States. For real indie cred, head to El Virrey, which specializes in Peruvian literature and hard-to-find editions. It’s also a prime location for readings and book launches. New to the scene and my fave though is La Libre de Barranco. The space may be tiny but mighty, featuring a carefully curated selection of Latin American authors. The bookstore is also a very vocal supporter of progressive thought, feminism and LGQBT rights and strives to showcase these voices as well.

Café Haiti in touristy Miraflores has been the local haunt of journalists, politicians, writers, and artists since it opened its doors over 50 years ago. Short-story writer Julio Ramón Ribeyro was a regular, mentioning it and the other Miraflores landmarks in his work. Another legendary spot of Lima’s literary past is Bodega Queirolo in the Historic Center. It was the meeting point for the Hora Zero movement of the 70s, a group that combined political activism with vanguard poetry. Today, you’ll find most writers and artists in the uber-hipster neighborhood of Barranco. Dotted with boho bars and cafés, it also recently started an annual poetry festival and hosted its own independent book festival last year.

And if there is anything here that I’ve missed, you can download the literary map of Lima to fulfill all your bookish desires.