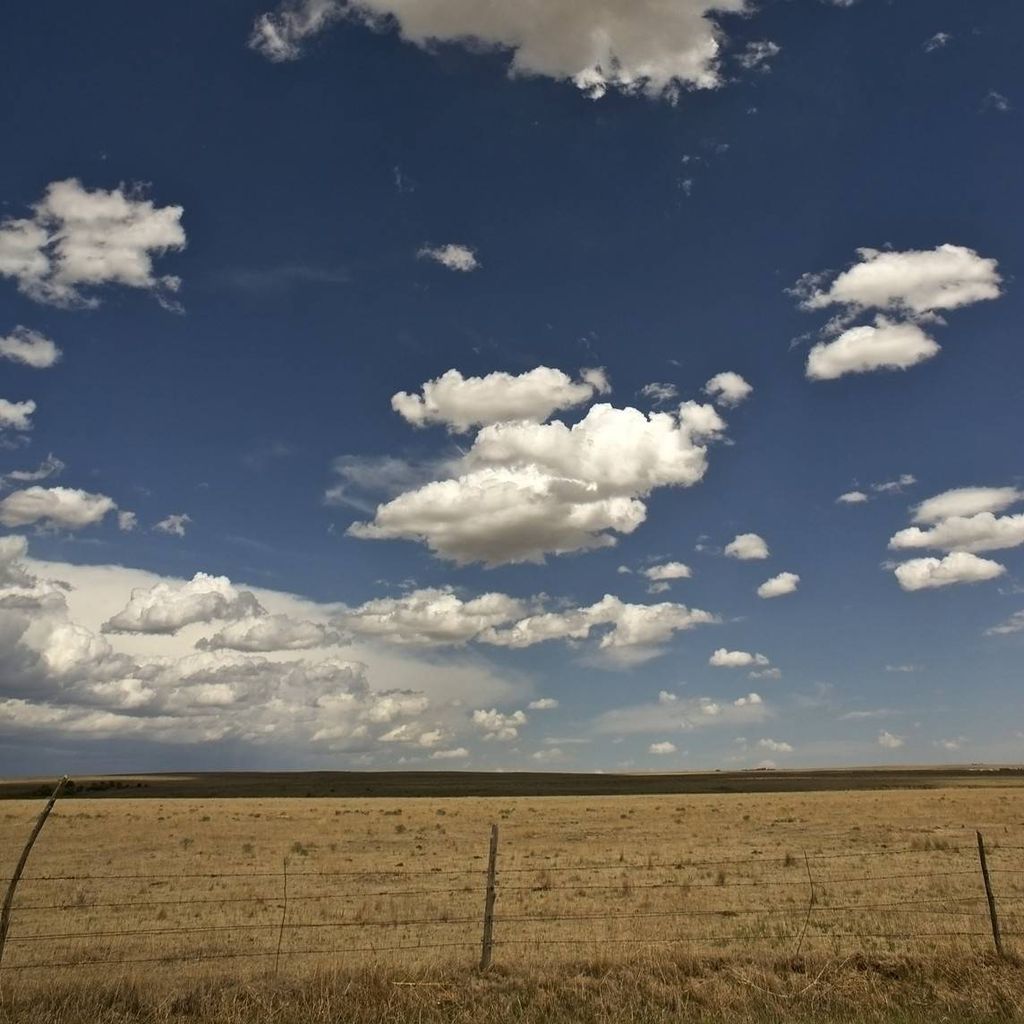 There have been previous installments of Literary Tourism that have explored some of the mid-sized  cities that sit within the great plains states, including Norman, Oklahoma and Lawrence, Kansas. Literary Tourism has also visited Colorado’s Front Range and the state of Wyoming. Today, we’re going to go a little more rural and do some tourism deep into the heart of the American Great Plains.

The Midwest is not one giant homogenous place. Each state has a flavor, each place has a distinct personality. North Dakota’s not the same as Nebraska, not the same as Kansas. Maybe you know it as “flyover territory,” but for those of us born and bred in the Midwest, this is a land of stories. Whether we have big bookstores or small bookstores or any bookstores at all, the Midwest is a land of storytellers, of people who can tell you about the size of that tornado or how hard it was to catch that massive fish last week or how deep the snowfall was during the Great Blizzard of 1960-something.

This is why we have pockets of magic, even in the most rural of places. It’s storytelling and appreciation and respect for stories that keeps us warm during the coldest of winters and keeps the unique spirit of the communities within the Great Plains that way.

We’ll be skipping bigger stops like Omaha and Kansas City in favor of lesser-traveled literary spots. Because it would be impossible not to talk about books while we’re on this tour — we’re going to be in the car for a while, driving from place to place along rural roads and two-land highways and interstates where there is virtually no traffic — be prepared for a taste of the stories that pepper this part of the country.

There’s not a lot of literary tourism to be had in North Dakota by way of historical places to visit. Instead, we’re going to hit a few bookstores that embody the state’s spirit and legacy.

Louise Erdrich might be North Dakota’s most well-known author. Though she was born in Minnesota, her parents moved the family to the town of Wahpeton, North Dakota, when they began teaching at a Native school. Wahpeton is a bustling community of 7,500, which makes it North Dakota’s 10th largest “city.” Erdrich talks in this excellent interview with Read North Dakota about how growing up in this small town and being able to walk downtown as a kid was what inspired her to take her parents’ encouragement of writing to heart.

Wahpeton is home to a small bookstore, The Bookhaven. Here you can not only browse gently used books, as well as some new books, but you’ll be able to pick up art by local artists, and as their Facebook page says, craft items including homemade soup.

It’s about an hour-long drive from Wahpeton to Fargo, North Dakota, which is the perfect amount of time to begin reading a book. Debra Marquart wrote a terrific memoir titled The Horizontal World: Growing Up in the Middle of Nowhere, about her experiences being born and raised in rural North Dakota on a farm. Aside from Marquart’s own story of growing up and coming to terms with what her North Dakota upbringing meant to her as a child and as an adult, it traces the ancestry of her family’s farm in a way that delves into that Midwest psyche and spirit permeating life-long lovers of this part of the country.

Our destination in Fargo is Zandbroz Variety. This is the second Zandbroz store, the first being in downtown Sioux Falls, South Dakota. Zandbroz is a bookstore and coffee shop, featuring an eclectic mix of titles. This isn’t a Barnes & Noble and it’s not trying to be. Zandbroz brings in artists and authors, hosting readings and other literary events in their space.

One last stop in North Dakota takes us across the state to Minot, which has experienced a huge population boom, both by North Dakota and non-ND standards. Because so much of a community’s vibe can be picked up from its local bookstore, we’re hitting Main Street Books. What started as a small store has grown with the population of Minot, and it’s located in the heart of downtown and features a nice variety of books by local North Dakota and Midwest authors. It’s really a community hub, with regular story times, book clubs for all ages, and even fun events (like a Scrabble competition for National Scrabble Day).

We’re hitting two places in South Dakota. Our first stop will be in De Smet. If that name rings a bell, then you know exactly why we’re stopping there: it’s the home of the Ingalls Homestead.

Laura Ingalls Wilder spent a few years in the Homestead that was purchased by her father Charles. She set four of her Little House books here, and the family lived and worked in the little house built there except for when it got too cold. They’d then move into town and live above Pa’s store. This is a family-friendly attraction, complete with many kinds of pioneering activities, covered wagon rides, school sessions that mirror what an 1880s education was like, and more.

Of course, on our drive to the next stop, we’ll be reading The Long Winter and Little Town on the Prairie.

The second stop in South Dakota is a stop only when the time of year is right. It’s the South Dakota Festival of Books, held annually in Sioux Falls. This year’s event is September 26 – 28 and features a variety of authors, including Avi, Kate DiCamillo, C. J. Box, Joseph Bruchac, and more. There’s a nice representation of Native talent and voices in the line up, making it a particularly noteworthy festival.

Along our trip, we’re of course making typical tourist stops in South Dakota, to include The Corn Palace, Wall Drug, and Mount Rushmore — Midwesterners are not too proud to enjoy either the kitschy nor the historic on repeat. For more South Dakota-themed reading, including some really solid non-fiction, check out the Vermillion Public Library’s guide.

We could talk about Lincoln and Omaha, Nebraska’s two largest cities, but let’s leave those places for future tours. Instead, we’re making one stop in Nebraska, but it’s a big one: we’re heading to Red Cloud.

Located in deep south central Nebraska, Red Cloud is home to anything and everything you could want when it comes to Willa Cather.

Though she wasn’t born in Nebraska, Cather wrote about it and has been quoted believing that living and growing up in Red Cloud was what got storytelling deep into her blood. We’ll stop by and tour her childhood home, as well as make a stop at the Willa Cather Foundation, where we can explore and then take a tour of various buildings in town. Then we’ll take a walking tour on our own, with this guide. Because seeing her home and seeing downtown Red Cloud won’t be enough, we’ll then do some touring of the country, which highlights 21 different historic sites relevant to Cather’s life and work. We’ll definitely drop by the Willa Cather Memorial Prairie, too.

While driving through Nebraska, we’re reading O Pioneers! and My Antonia, among other Cather classics. We’re also going to read Ann Patchett’s The Magician’s Assistant , which is partially set in the small town of Alliance, Nebraska. Patchett does a great job capturing midwest hardiness in the novel, even though much of what is depicted in the Nebraska scenes isn’t always the kindest nor the easiest.

To wrap up this trip through the literary Great Plains, we’re making two stops in Kansas. They’re two stops that are about as different as they could be, too.

First up, we’re going to Holcomb, Kansas, and we’re not getting out of the car. We’re only going because it would be impossible not to drive by the Clutter house on Oak Street, home of the murders made famous in Truman Capote’s In Cold Blood. The house was on the market in the not-too-distant past, with various websites noting the rumor/legend that the ghost of Nancy Clutter roams the halls. This is private property and we’re driving by solely to say that we did.

If curiosity becomes too much, there is a memorial plaque commemorating the lives of the Clutter family in the local Holcomb community park, which is also dedicated to them. Worthwhile reading is Teri Blair’s experience visiting and reliving the Holcomb tragedy and Capote’s report on it. The picture above is courtesy Blair’s post.

This tour wouldn’t be a trip to Kansas nor the Great Plains if we didn’t talk about L. Frank Baum’s The Wonderful Wizard of Oz.

Located in Wamego, Kansas, the Oz Museum is the ultimate destination for those who love Oz. It features a huge collection of artifacts from the film, the actors who starred in it, and other fun information about the movie. But more, it also houses a first edition of Baum’s book, along with other memorabilia and ephemera. Hardcore fans of The Wizard of Oz and who are up for a little more travel can make the journey to Liberal, Kansas, too, where you can visit Dorothy’s House and Land of Oz.

If there’s one story to encompass the spirit of the Midwest’s Great Plains, it’s that of Oz. It’s part magical, part fantastic, part realistic, part creepy, part cheesy, but filled with a whole lot of heart.