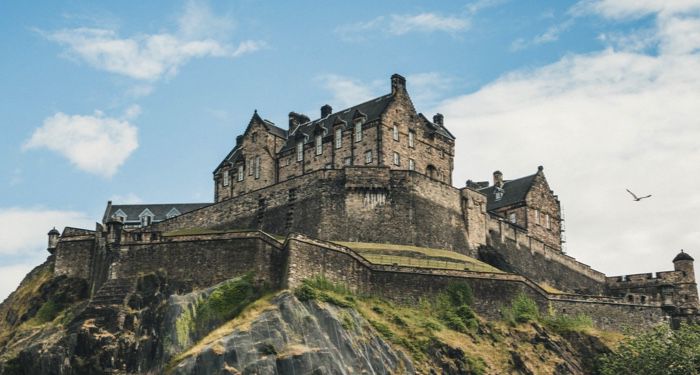 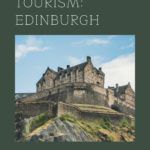 Disclaimer: We know that due to the continued spread of COVID, travelling is impossible for many. Some of these locations are closed due to the pandemic for safety measures. We urge you to prioritize your and everyone else’s health by adhering to these rules so that we can visit Edinburgh in person soon!

The literary scene in Edinburgh is something straight out of a book. Maybe you know the city from the pages of a book, or you remember it from Infinity War, or maybe you’ve heard of a wizard born in an Elephant House. Either way, you’ve probably heard something about Scotland’s capital because its magic seeps into the rest of the world, beckoning. When you walk among the cobblestones, there’s something inherently fantastical and eerie living beneath a city watched by the bones of the old castle. Or maybe you don’t know it at all. So I’m here to tell you that the first UNESCO City of Literature is a truly magical place to visit.

So without further ado, here are some of Edinburgh’s best bookish sights to keep your bibliophile heart happy and full of stories.

The National Library of Scotland

Located on the George IV Bridge, The National Library is Scotland’s biggest library. It was established in the 17th century and you can see that from the variety of new and old buildings that make up the library. It’s been around since as a reference library, which means it doesn’t lend books, but it still has an immense and definitely worthwhile catalogue that you can consult within its reading rooms. It also hosts different exhibitions, workshops and other events you can attend. Even if you don’t have the time to take on a full activity, the building alone is worth the visit as both its walls and its books are full of history.

The Writer’s Museum and Makar’s Court

The museum is located in Lady Stair’s House in Lawnmarket (just off the Royal Mile). From the outside it kind of looks like another apartment building, but inside it houses several objects from three important Scottish authors: Robert Louis Stevenson, Walter Scott, and Robert Burns. There is a wide range of personal objects inside the house belonging to those authors, and even though it’s definitely a museum, it kind of feels like stepping inside one of their homes with its desks and manuscripts and portraits. Right outside lies Makar’s Court, which is basically a monument to literature. It’s full of flagstones with quotes from a wide range of authors. You can walk around and see the immortalized words of so many writers, with your heart skipping whenever you recognize a particularly loved phrase.

This is a Centre dedicated to preserving and recounting stories. Located in the Royal Mile, it’s basically a literary altar to stories. It celebrates storytelling in all its forms with changing workshops and exhibitions and you can even book storytellers that will fulfill your literary hearts. What’s great about it is that no two stories are the same, so your visit will be a unique experience.

This is probably the most well-known independent bookshop in Edinburgh. Located in Bruntsfield, they specialize in children’s books (no, really! They have a children’s specialist and everything!). It’s a very classic bookshop, a literary haven with walls made of books.

This bookshop located in West Port specializes in rare and secondhand books. It’s the kind of literary heaven that smells like old paper and ink from a mile away (it even has the staple oriental rugs covering the floors). It’s a great place to get lost in for hours, or lifetimes if you find the right book.

Lighthouse is a very special bookshop. Nestled in West Nicolson Street, it’s a queer-owned and women-led independent bookshop. They are a proudly activist, intersectional, feminist, anti-racist, and LGBTQ+ community space where everyone can share their love for books. It’s literally a radical bookshop, and how many places can say that? Plus they won the Scotland region of the Independent Bookshop of the Year award in 2020!

Typewronger Books is a hidden gem of the city’s literary scene. Hidden in Haddington, it sells books and typewriters, but that’s not all. The thing that makes this bookshop truly special is the fact that you can book a private browsing in the shop! That means that you get the shop for about half an hour to yourself, free to imagine your bookseller dream.

This is basically a pub crawl but with a twist. Yes, it’s guided, but the tour guides are actors! They play at this impassioned debate between two fictional characters who are different kinds of literature aficionados. One’s the literary bohemian and the other the clean-cut intellectual. It works as an excellent background for exploring the different pubs that have inspired many Scottish authors!

This is THE biggest literary event in the world. Every year, it brings together around 1,000 authors from around the world during the last weeks of August (which is festival season in Edinburgh). They even made it online this year! Although it’s home is usually in Charlotte Square. This is the place to be to share your literary dreams with other bibliophiles.

There are also many walking tours you can take of the city, including the Book Lovers’ Tour, which explores the literary history of the city!

You can also visit Edinburgh without any actual travelling—because let’s face it, it’s hard during the pandemic. Books will always be a great way to travel to lands unknown, so here are some books that feature Edinburgh (some of them are historical fiction! So you’ll know a different city than what you see today). 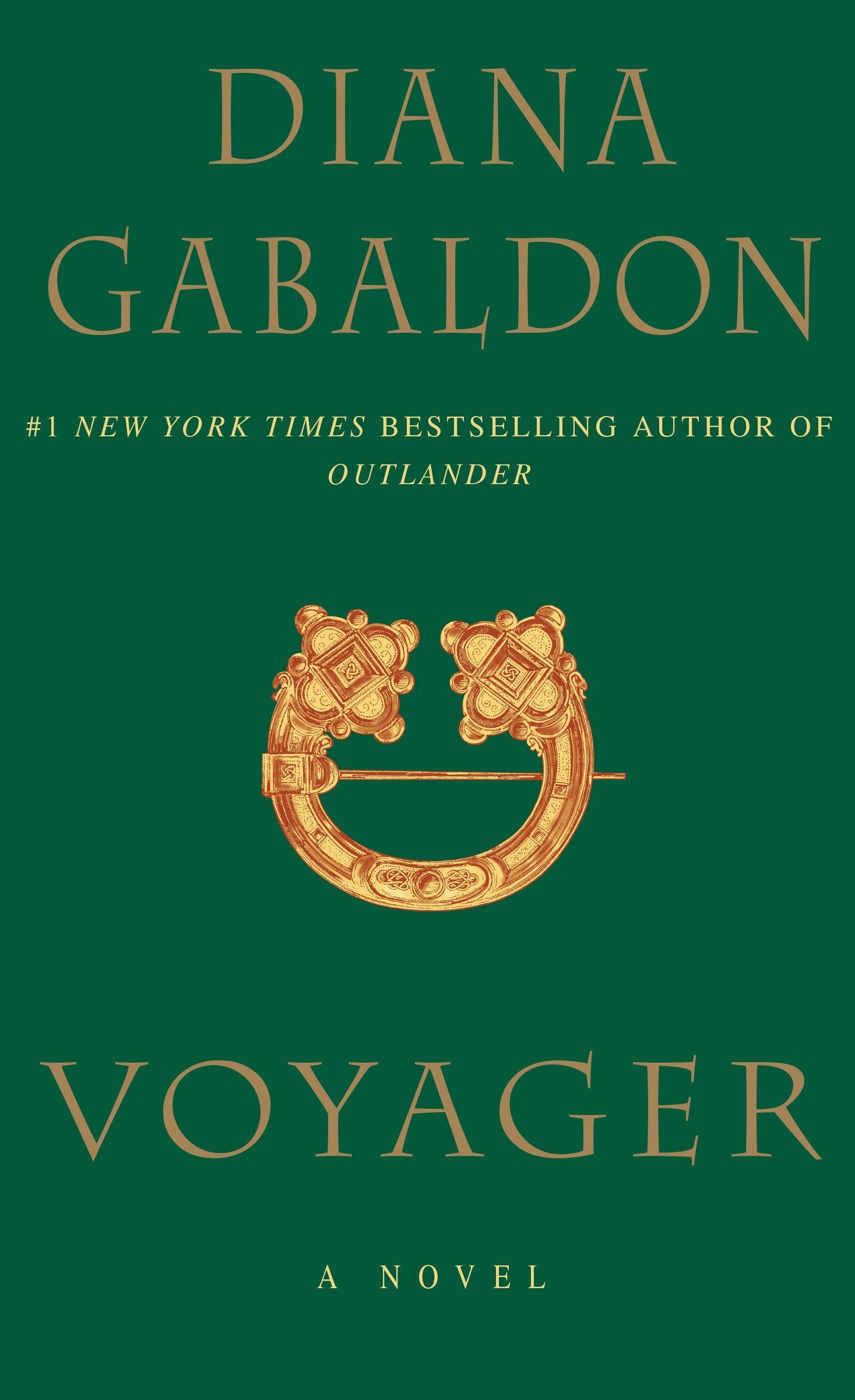 This is book 3 in the Outlander series, a romantic time travelling extravaganza that shows you a very old Scotland in the middle of a revolution. It doesn’t feature Edinburgh heavily, but one of the main characters, Jamie Fraser, lives there as a printer and undercover smuggler when he is reunited with his love Claire. 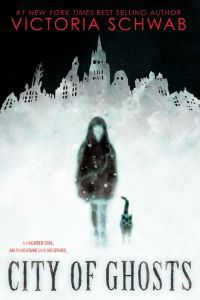 City of Ghosts by Victoria Schwab

This is a ghost story about a girl whose family travels to Edinburgh to film a paranormal investigation show. What they don’t know is that she can see ghosts. Schwab does an excellent job of describing the city as it is now, complete with a map. The vivid descriptions will not only tell you about the city, but they will make you feel like you’re there beside Cassidy, seeing the magic and the haunted places with her. 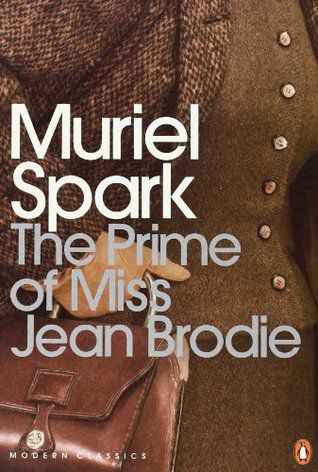 This book is set in Edinburgh in the 1930s. It’s about a group of girls singled out by a teacher to become their sort-of-apprentices. Miss Brodie teaches them academic skills AND life skills in the Edinburgh school. It’s full of vivid descriptions that will transport you right to the city and you can definitely tell that Muriel Spark knows it deep in her bones.

Here are 5 other bookish things you can do in Edinburgh and a literary guide to Scotland to satisfy your bibliophile’s heart!