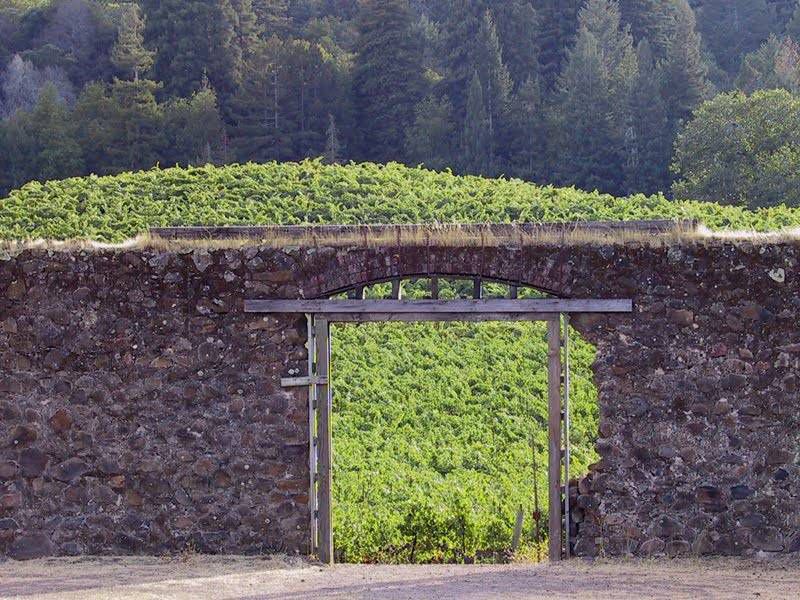 My California is a state that’s best lived outdoors, with a book or two in your backpack. There is much more to the Golden State than Los Angeles and San Francisco, especially when it comes to pursuits of a literary nature. California is experiencing an unusual (although not unprecedented) winter heat wave, which is allowing access to some of our state parks, which in turn is a phenomenon that would delight naturalists & adventure writers, mostly because they were experiencing the world before the phrase ‘global warming’ was coined. Four of these green gentlemen lived, worked and loved in California, and you can, like the Red Hot Chili Peppers before you, go road-trippin up Highway 101, reading all the way.

Ana Nuevo Island was home to the woman baptized before her death as Juana Maria; better known as Karana to Island of the Blue Dolphins aficionados. The Lone Woman of Ana Nuevo was rescued* after spending 18 solitary years on the Pacific island, watching her tribespeople shuttled off to Santa Barbara and mission life years earlier. Juana missed the boat, but the resulting 18 years hunting, fishing, adorning herself with cormorant feathers and sheltering in a cave on the island turned into the classic children’s story by Scott O’Dell. The island itself was repurposed into to a Naval base, and is now mostly a seal breeding ground monitored by University of California scientists. But you can pay tribute to Karana and her story at Mission Santa Barbara, where there’s a plaque commemorating the woman-behind-the-classic in the cemetery.

*Rescued from the island where she lived alone for 18 years and taken to Mission Santa Barbara, where, possibly because of her delight in all the new, fresh foods, Juana Maria died, seven weeks later.

O’dell, born in the Los Angeles area “always living near the ocean and always fascinated by the sea”, was also fascinated with California’s missions, Spanish outpost sanctuaries stationed from San Diego to San Francisco . Zia, the sequel to Island, fictionalizes the life of the missions from the pov of a 14 year old girl whose ancestors (Karana included) lived on Ano Nueva.

Nostalgic note: “Scott O’Dell’s ashes were scattered over the Pacific Ocean off La Jolla, California. When the ceremony was completed, the boat turned back toward shore. At that moment, a pod of dolphins burst from the water. Forming an honor guard, they leaped and played, escorting the boat of mourners. The dolphins did not leave until the boat entered San Diego Bay.”

North of Santa Barbara up Highway 101, the revitalized (read: retail boomed) waterfront district on Monterey Bay, Cannery Row, was made famous by writer and Nobel Prize winnerJohn Steinbeck, who fictionalized the colorful characters he befriended there. On today’s Row, you can eat a fresh fish meal, visit the dazzling Monterey Bay aquarium, and souvenir shop to your heart’s content. You will, however, not get to see any working canaries: they’ve all been converted to house the shops.

Fun quote: “Cannery Row in Monterey in California is a poem, a stink, a grating noise, a quality of light, a tone, a habit, a nostalgia, a dream.” — John Steinbeck, opening sentence, Cannery Row (1945).

For total Steinbeck immersion, take the picturesque 17 mile drive to Steinbeck’s hometown of Salinas, and visit the Steinbeck Center. The center’s mission is to celebrate creativity as inspired by the words of Steinbeck, and boasts an Exhibition Hall, where you can “discover Steinbeck’s world through interactive, multi-sensory exhibits…rare artifacts…and seven themed theaters” showcasing Steinbeck classics such as East of Eden, Of Mice and Men, and The Grapes of Wrath.

Next, head inland into the urban center of Oakland, and make a pit stop at Jack London Square .

Another waterfront oasis, here you can visit a replica of London’s cabin, and take a look at some of the things that Call of the Wild author owned while you pour a sip out in remembrance at Heinold’s First and Last Chance saloon, next door, where, rumor has it, London wrote most of White Fang. There’s a bronzed statue of London, and, presumably, Fang too, if you’re so inclined for picture posing.

Fun note: According to the saloon’s lore: “As a schoolboy, Jack London studied at these same tables we still use today. Later, he would return to his favorite table and write notes for The Sea Wolf and Call of the Wild. …It was while studying at this saloon and listening to the stories of shipmate and stevedores that he developed his thirst for adventure.”

Fortunately, since the 1800’s, Oakland has gained in population, writers, and bookish things to do.

London eventually moved out of the city too, describing it ruthfully as ‘the man trap.” He and his wife Charmian headed Northwest to Sonoma county, settling in Glen Ellen. Sonoma is quickly gaining a reputation outside California as a more-off-the-beaten-path wine country, (as opposed to vastly over-crowded Napa).

If the wild is calling you, head to this gorgeous gold country, and Jack London State Park, which contains the ruins of the house London and his family were to move into. Unfortunately, the house burned to the ground before anyone could inhabit it, but you can visit its ruins, a cottage the family did live in, and the grave sites of London and Charmian.

Roam across 1400 acres of beautiful trails, where you can retrace London’s work and land-loving exploits in staff-run exhibits, or, if you’re not feeling pedestrian, enjoy a guided tour of the park via horse drawn carriage or electric cart. With 25 miles of hiking, horseback riding and cycling trails in the backcountry, and dogs (on leash) welcome on certain trails, this is a park London and White Fang would wholeheartedly approve of.

Just over the hill from Glen Ellen, another naturalist/adventure writer’s hideout is memorialized with Robert Louis Stevenson State Park. Stevenson, native of Scotland, came to the states to win his married love, Fanny. When she eventually gained a divorce the two moved to Calistoga, home to natural hot springs, for his health as much as to escape her past. Just about penniless, the two, along with Fanny’s son, turned lemons to lemonade by taking over abandoned Silverado mine dwellings, spending their days in nature and writing, appropriately, The Silverado Squatters. Stevenson didn’t acquire actual gold, but he used Mt. Saint Helena as the inspiration for Spyglass Hill in Treasure Island – and we all know how that turned out for him. Today, “a memorial in the form of an open book commemorates the author’s stay on the mountain and marks the site of his cabin”.

Stevenson Memorial Trail, two miles roundtrip, will get you there, and you’ll pass the lovers’ honeymoon cabin site along the way.  Continue another ten miles to the summit of Mt. Saint Helena, with sweeping 1,300 foot views of the countryside.

After the outdoor adventure, The Robert Louis Stevenson Silverado Museum, at the base of the mountain in St. Helena, “houses one of the world’s most distinguished collections of Stevensoniana”. Over 9,000 items, and growing, in fact, including original letters, journals, paintings, photos, and pages from Stevenson classics like Dr. Jekyll and Mr. Hyde.

My high school was named after naturalist John Muir, but I really had no idea who this man was till I moved to within minutes of Martinez, where Muir and his family lived between his expeditions to what are now our national parks. At John Muir National Historic Site you can explore nine acres of Muir’s carefully preserved orchards, take a cell-phone guided tour of the house and grounds or a full moon walk up Mt. Wanda (named after Muir’s daughter), and watch a video of the conversationist’s life and times at the visitor center.

Most of these natural sites can be visited year round, and are well worth the visit. Plan your trip out West and explore the state as these writers did, to get a glimpse of the old world.