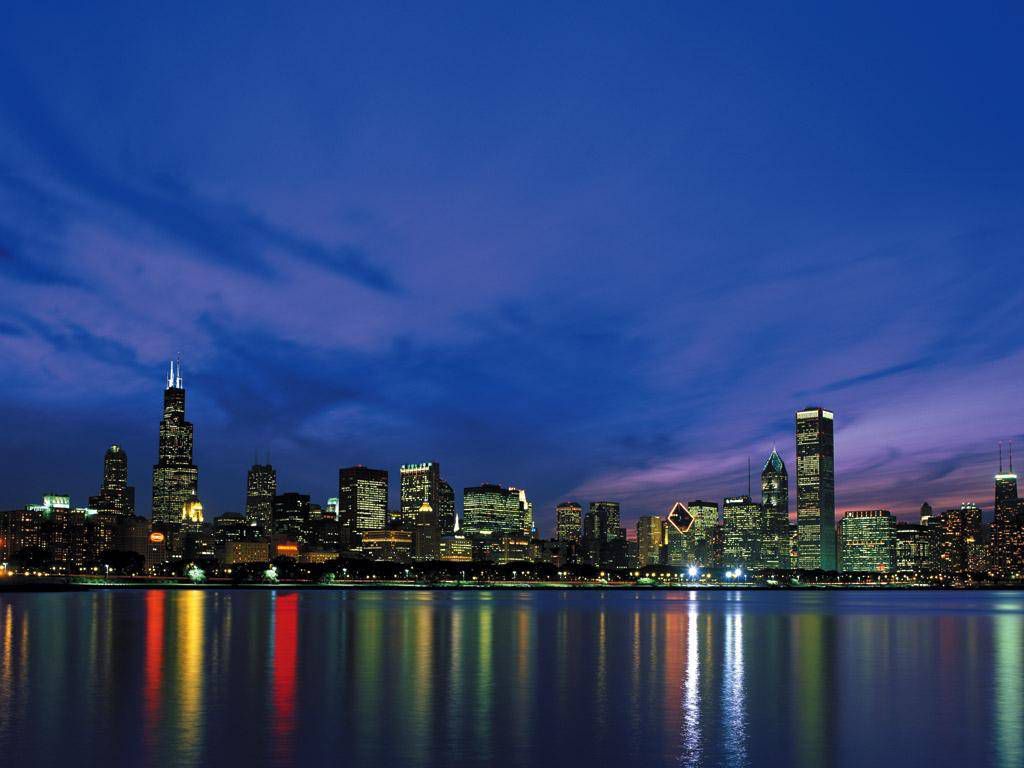 Welcome to Sweet Home Chicago — the Windy City of Broad Shoulders! Chicago has a rich literary tradition, both in fiction and of writers who produce fiction. Philip K. Dick, Sandra Cisneros, Raymond Chandler, and even Papa, Ernest Hemingway (among many others) were born here. Philip Roth and Kurt Vonnegut both got their starts within a few years of each of other at the University of Chicago. And, in fiction, Augie March came of age here, Bigger Thomas was the victim of racial injustice here, and more recently, Claire Abshire and Henry DeTamble fell in love here. And that barely scratches the surface.

Honestly, you can do all the reading you want, but if you really want to get the literary flavor of this literary city, you have to get out and explore! Chicago is famously a city of neighborhoods, and just about all of them have something of literary interest. But explaining each would require about 20,000 words, so I’ll break the highlights down by category instead. Here are the parts of literary Chicago not to be missed.

1. Newberry Library — This venerable Chicago institution — it opened in 1887 — is just a gorgeous piece of architecture, and great place to be bookish. The library, free and open to the public, features exhibits, tours, workshops, author readings, and many other programs. It also has a cool bookstore. (If you’ve read Audrey Niffenegger’s The Time Traveler’s Wife, you’ll recognize this as Henry’s place of employment.)

2. Ernest Hemingway’s Birthplace and Museum — Take a quick trip (well, inasmuch as any trip is quick with Chicago traffic) due west of the city to the suburb of Oak Park, and you can tour the home where Ernest Hemingway was born. There’s also a museum where you can learn about Papa as a high school football player and young writer.

3. Haunted by Holmes: The Devil in the White City Ghost Tour — Return to 19th century Chicago with this creepy tour of H.H. Holmes’ hunting grounds! Though only two of the original 200 or so buildings of the original “white city” remain today — the Art Institute of Chicago (originally the World’s Congress Auxiliary Building) and the Museum of Science and Industry (originally the Palace of Fine Arts) — from the 1893 World’s Fair, this three-hour tour also takes you through the site of Holmes “murder castle” as well as the Jackson Park Lagoon and the Midway Plaisance (the site of George Ferris’ original Ferris Wheel). The tour is based both on Eric Larsen’s smash hit 2003 book The Devil in the White City, as well as other scholars’ work. Cost is $34.

1. Printer’s Row Lit Fest — If you’re planning a visit to Chitown, naturally you want to come during the summer — ideally, the first week of June to catch this annual bookish festival. It’s outstanding! And it’s free! The streets are lined with booksellers, and the event includes several readings and talks by and with famous authors. Two years ago, I got to meet Chicago’s own Gillian Flynn at this event right before her GONE GIRL fame ballooned. Printer’s Row is a famous neighborhood just a block or two south of the Chicago Loop (downtown, basically). “Printing House Row” use to be home to several printing houses, obvi. Now, it’s mostly lofts, but it still includes one really cool indie bookstore — Sandmeyer’s Bookstore. Also, only about a block north is the Harold Washington Library Center, the main branch of the Chicago Public Library System. It’s enormous, and awesome.

2. Chicago Humanities Festival — This two-week event, usually in November, brings to town dozens of filmmakers, artists, musicians, and of course, writers, to give lectures and readings. But the CMF is also an ongoing series of monthly events throughout the year — for instance, last week, Gary Shytengart was in town to talk about his new memoir Little Failure with Chicago writer Aleksander Hemon.

Chicago is incredibly wealthy with independent and used bookstores! They’re practically as numerous as bars. (Okay, I’m just kidding. There is nothing of anything in Chicago as numerous as bars.) Want to visit several over the course of a day? Here’s a suggested route: Start on the south side in Hyde Park (near the U of Chicago) at the landmark 57th Street Books. Take a bus to the Red Line, and head north to the South Loop to visit the previously mentioned Sandmeyer’s Bookstore. Rent yourself a fixie and ride up to hipster-filled Wicker Park to stop into Myopic Books, quite possibly the best used bookstore you’ll ever find (death, taxes, and the Chicago Reader naming Myopic one of the city’s best bookstores). Continue about two miles on your fixie up Milwaukee Ave. to City Lit Books in Logan Square. Then, ditch your ironic T-shirt and don a distressed one for an easterly swing to trendy Lincoln Park for more used books at  Powell’s Bookstores Chicago. Continue north into Lakeview and check out Unabridged Bookstore and its incredibly impressive Penguins Classics wall. Wave at Wrigley Field as you pass, and head farther north into Lincoln Square to stop at The Book Cellar, and relax with a glass of wine or a craft beer while you browse. Finish off at Women and Children First in Andersonville, which has the best tag line: “Shop as independently as you think.” Whew, what a day — and you barely even made a dent in the number of bookstores available.

1. Poetry Foundation — The new headquarters (opened in 2011) building of the publishers of Poetry magazine since 1912 is open for tours. Here, you’ll find a 30,000-volume poetry library, an exhibition center, and a performance space for the foundation’s public readings.

2. Open Books Ltd. — This is absolutely one of my favorite places / organizations in Chicago. It’s a used bookstore (an incredibly attractive, complete one, at that), and all the profits from the store go to the organization’s wider mission of student literacy. Make it a point to visit the bookstore and support this place’s efforts — you’ll never meet a more enthusiastic staff of people more dedicated to what they do and who love books as much.

There is absolutely no better place and time, in my humble opinion, to read in Chicago than a sunny summer Saturday afternoon on a bench in one of the lakefront parks or on towel on one of the beaches. It’s as good as this city gets.

There you have it — a guide through literary Chicago. We hope you enjoy your stay!