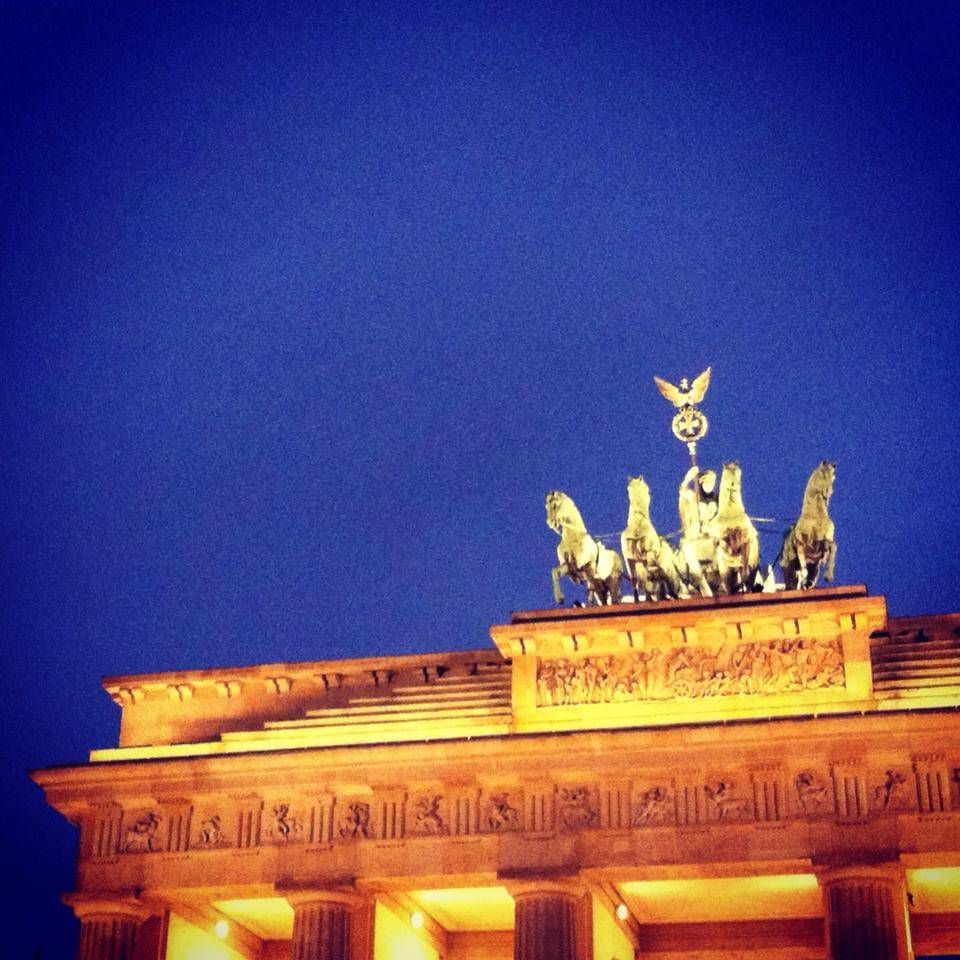 Berlin is the ground zero of 20th century history. One cold and two searing world wars revolved around Germany’s capital city. As much as it is a city of the concrete – in a very real sense in the east, razed by the advancing Red Army in 1945, refashioned since by Soviet Brutalism – it is equally a city of the abstract. For the latter half of the last century the divided Berlin was the perfect metaphor for the Cold War, east pressed against west, a world fissured by ideology.

All of which makes Berlin an intensely literary city. It is a place where books and ideas matter. In Berlin the line between words on a page and a real world reflection or reaction is micro thin. No wonder that artists and writers have been drawn here for centuries. Like a pious sinner at confession, it’s a place that is almost overwhelmed by the stories it has to tell.

If you find yourself in this fine, vibrant city and would like to see beyond the (admittedly rather brilliant) dive bars in Kreuzberg and Neukölln (we would particularly recommend Das Gift, owned and run by Barry Burns of Glasgow’s finest noiseniks, Mogwai), here’s a list of literary things to see and do.

Life is a cabaret, old chum

Christopher Isherwood was the English-speaking world’s representative in Weimar Berlin. He moved there from England in 1929 to join the poet W.H. Auden, and there he remained for four years. As a gay man, Isherwood fully embraced the sexual decadence and freedom of Berlin’s interwar years, which he captured most famously in Goodbye to Berlin, the novella that later became the film and musical Cabaret. During his stay in Berlin Isherwood’s path crossed that of the novelist E.M. Forster and the Hollywood star Marlene Dietrich.

Official Isherwood tours of Berlin are available. They will take you to the apartment he lived in with Jean Ross, the model for his most famous character, the headstrong nightclub singer Sally Bowles.

If you can find it visit to a the Speisekammer supermarket on Motzstrasse towards the back, near the vegetables, lurks a sign: “Speisekammer im Eldorado” (“Pantry in the Eldorado”). This was the site of the Eldorado, one of Isherwood and Ross’ favoured haunts, a place where transvestite performers strutted on stage, and a recurring location in his novels.

Where they burn books…

On 10 May 1933 a group of Nazi students burned 20,000 books on Bebelplatz, a handsome square in the middle of Berlin. Works by the likes of Karl Marx, Albert Einstein, and Sigmund Freud were among those deemed ‘un-German’ in spirit and content.

Today the square is home to a perfectly sombre and quietly defiant response.  An empty subterranean library, visible by a glass panel in the ground, sits on the spot where the books were burned. Created by Israeli artist Micha Ullman, it can hold 20,000 books, one space for every one destroyed. At night the library’s light is the brightest thing in the darkened square.

Nearby a plaque quotes the prescient Heinrich Heine. In 1820 he wrote: “That was only a prelude, there where they burn books, they burn in the end people.”

At its most fulsome the Berlin Wall stretched for 96 miles. Since Berlin lay hundreds of miles within East Germany, the wall effectively marooned the west of the city deep within a state that would like to crush it. With such a tense backdrop, what writer needs to make events up?

John Le Carre poured his years of experience working for the British Secret Service, MI5, into his novels, none more so than the brilliantly sparse and unbearably taut The Spy Who Came In From The Cold. Crossing between east and west Berlin was never rendered with such compelling bleakness.

The wall is long gone, of course, aside from living as rubble in every second gift shop and for a 1.3 km long stretch along the River Spree. Known as the East Side Gallery this final piece of wall is now an international memorial for freedom and rather nifty repository for graffiti. Take that oppression!

For a city that many of literature’s greats have called home (Franz Kafka, Vladimir Nabokov for example), only a handful of places advertise their beds and bar stools as having being visited by such giants. There are a few exceptions, however. If you’d like to visit Berlin in the style of Henry Miller and Thomas Mann, check into the Hotel Savoy. They have named a suite after the Tropic of Cancer author. Or you could stay at the splendid Waldorf Astoria, which has recently revived the city’s legendary hangout for writers and artists, the Romanisches Café. In the 1920s Bertolt Brecht could be found here sipping absinthe with Alfred Doblin, author of the excellent Berlin Alexanderplatz.

Jacob and Wilhelm Grimm, aka. fairytale spinners extraordinaire the Brothers Grimm, spent their last years in Berlin. You could go visit their graves in St. Matthew graveyard in the Schöneberg area. Or you could go visit the Grimm Zentrum Library, the ridiculously cool building named after them at Humbolt University. Not only does it house the Brothers Grimm’s personal collection of books, its central atrium with floors looking like giant shelves, gives you a book-eye-view on life. If you are a right angle fetishist, welcome to heaven.