“Ride a cock horse to Banbury Cross, to see a fine lady upon a white horse, with rings on her fingers and bells on her toes, she shall have music wherever she goes…”

I’ve heard this nursery rhyme my whole life, but I’d never really connected it to a place – despite the fact that I’ve always lived in Oxfordshire, only a stone’s throw away from the small market town of Banbury. It wasn’t until I moved to the town, and saw a statue dedicated to the rhyme, that I thought, huh, yeah, of course – that’s what that was all about. 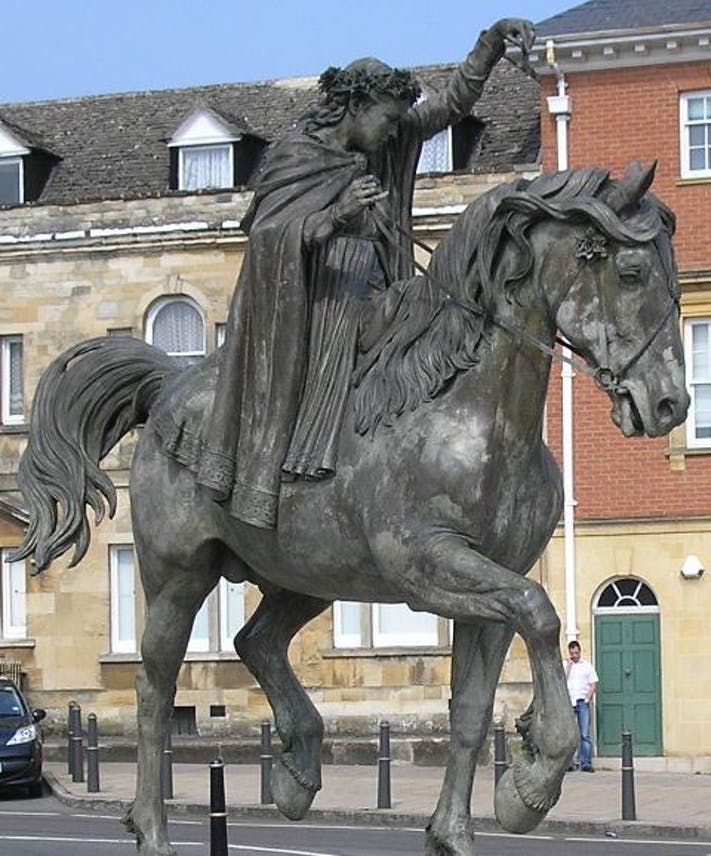 I moved to Banbury a couple of years ago, and I have to walk past the statue of the “Fine Lady” every day on the way to work. Despite all the research, I haven’t been able to find out exactly who she is, or what the rhyme is about. It seems that no one knows for sure. Some theories state that she’s Guinevere, of Arthurian legendary fame; others think that she’s Lady Godiva (although I doubt this, as she’s wearing a dress, while Lady Godiva was famous for wearing…not a dress. Or anything at all).

The statue itself was put up in the 1850s, to celebrate the marriage of Queen Victoria’s eldest daughter, so it’s possible that it’s actually a replica of Princess Victoria (the family wasn’t too original with names) on the horse – although she’s not the subject of the nursery rhyme, which is much, much older. While the truth behind the rhyme may never be fully uncovered, it’s a lot of fun to think about the possible theories, and see the impact on the town (we have a ‘Fine Lady’s Bakery’, and the statue and rhyme appear a lot in local school kids’ artwork and competition entries). 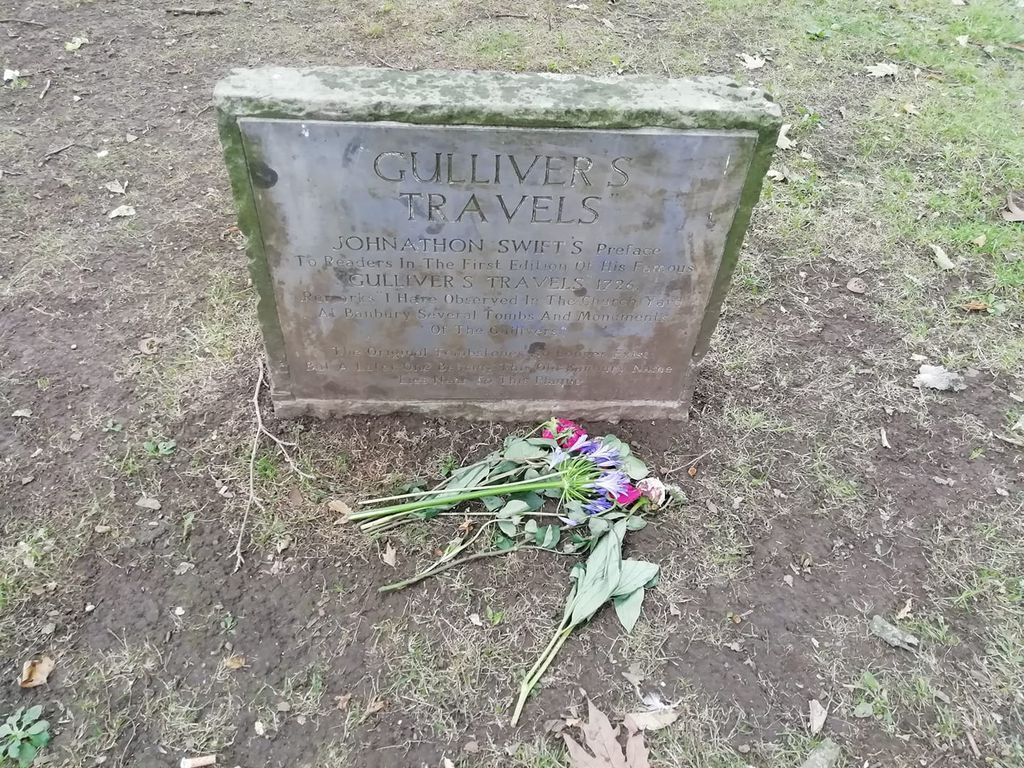 Nursery rhymes aren’t Banbury’s only literary claim to fame, though. My little home town has a strong connection to the classics – in the first edition of his most famous work, Gulliver’s Travels, Jonathan Swift gives Banbury an honourable mention as the location of “several tombs and monuments of the Gullivers”. There’s a stone in the nearby church that commemorates this literary connection, which is often visited by book fans.

One of the focal points of Banbury is the canal. The Oxfordshire canal was once a massive trade route, bringing commerce and trade to the area. The canals were the arteries of British trade and transport during the Victorian era, only losing their importance when they were replaced by the railways.

Oxfordshire canals are also, as any kidlit readers might remember, a really important part of Philip Pullman’s His Dark Materials series, especially the first book Northern Lights (or The Golden Compass, if you’re reading the U.S. edition). Many Banbury residents still live in narrowboats and travel up and down the canals, in much the same way as Lyra escapes the Gobblers in the first stage of her adventure.

For a small town, Banbury has a bustling literary scene. Banbury Literary Live, our local book festival, has been running for seven years now, and I can confirm that it’s a great day out. The event aims to bring the community together with a shared love of literature,  featuring performance poetry, theatre, workshops, live readings, and much more. (There are also craft stalls, a bar, and fantastic food, because it wouldn’t be an event in a British market town without those things).

Banbury is also home to one of my favourite independent bookshops, Books and Ink. Making its home in a beautiful old building, this shop has a brilliant range of children’s books (always my favourite), and an ever-changing window display that I love to look at.

Banbury may not be the biggest or glitziest town, but for literature lovers, it’s worth a visit as part of a bookish tour of Oxfordshire. If you’re ever nearby, do have a look around – and don’t forget to visit the statue on your way.

For Potter fans on the hunt for literary locations, try How to Visit Platform 9 and 3/4. If you want more UK-focused book tourism, try How I Did a 3-Day Literary Tour of London.