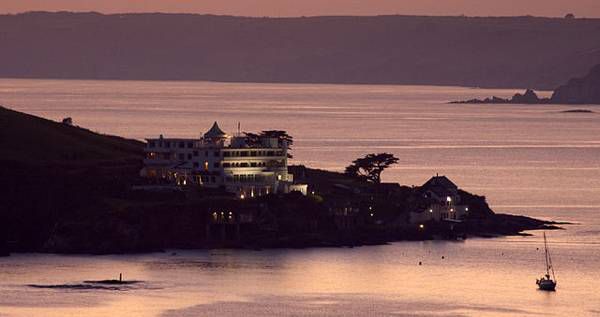 Agatha Christie, the world’s most famous mystery novelist, was also an inveterate traveler. She visited countries in nearly every continent on the map, from the Canary Islands to New Zealand, and found inspiration for some of her most famous novels abroad. If you’re looking to travel in Christie’s–or one of her character’s–shoes, you have plenty of options all over the world! Here are a few of the most notable.

Devon
Devon–Torquay in particular–is where Christie grew up and lived for most of her life. It’s full of Christie-related tourism spots and places from her novels.

If you’re in Torquay, you’ll definitely want walk the Agatha Christie Mile, which winds its way between the Grand Hotel, where she spent her wedding night in 1914; and the Imperial Hotel, which served as the setting for several Christie stories, albeit under different names. Some other sights of note along the mile are: 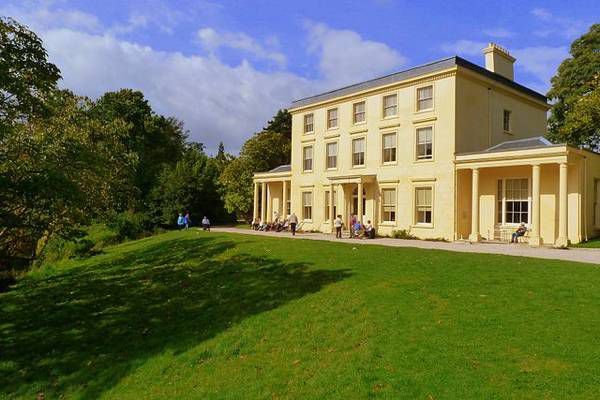 But that’s just the start of a Christie-themed tour of Devon! Her holiday home, Greenway, is owned by the National Trust and is open to visitors. And if you time it right you can hit Devon during the annual International Agatha Christie Festival, with presentations by scholars, actors, other writers, cover artists, and special events.

By Boat and By Train 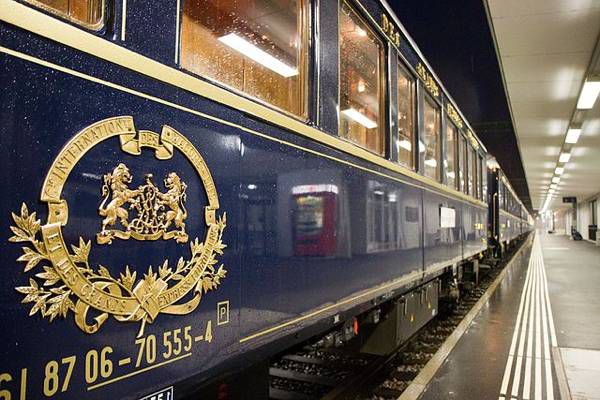 The Orient Express. Image by Murdockcrc via Wikimedia Commons

Christie was famous for her train mysteries, and wrote what’s arguably the most famous train mystery of all time, Murder on the Orient Express. Christie herself rode on the famous luxury train multiple times in her travels and called it, “The train of my dreams.” 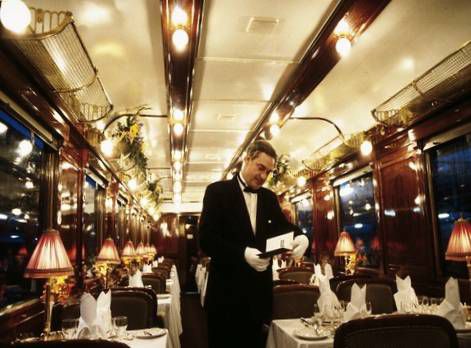 Unfortunately, the Orient Express today is a mere shadow of its former glory. While it still employs the historic carriages of the original train and is super luxe, modern day service is truncated and irregular. Most of the time it only runs between London and Venice. That said, they do occasionally–like, once or twice a year–run longer journeys between Istanbul and Venice, or Istanbul and Paris. These rare trips are ridiculously expensive, costing more than $5500 per person one-way. But if you’re dead set on experiencing the Orient Express the way Poirot did, this is your one and only chance.

Other famous trains that Christie took or wrote about haven’t fared much better. The Calais–Mediterranée Express, for example, a luxury sleeper to the French Riviera featured in Poirot’s Mystery of the Blue Train, was retired in 2003. However, there is one journey where you can follow in Christie’s exact footsteps, and that’s in a river cruise down the Nile. 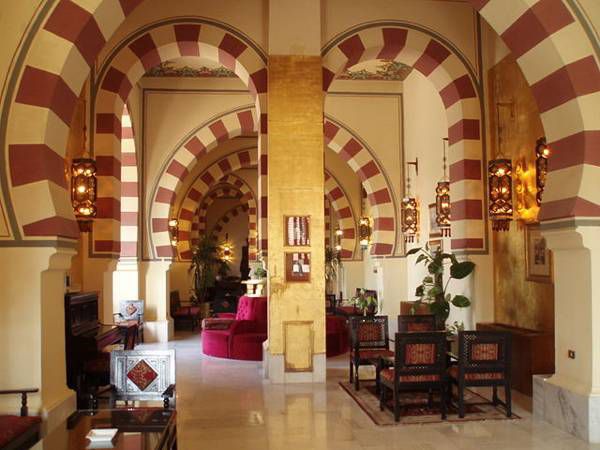 To start your journey, stay in the Old Cataract Hotel in Aswan, a charmingly atmospheric place with a kick-ass olde timey bar that overlooks the Nile River. This is where Christie stayed and started writing Death on the Nile. Then hop aboard the Steam Ship Sudan for Luxor, the exact boat Christie–and Poirot–traveled on while Death on the Nile was completed. Built in 1885 for King Fouad, this steamer ship will take you back in time to when the sun never set on the British Empire (a fun trip for fans of The Mummy movies or Elizabeth Peters novels, too!). 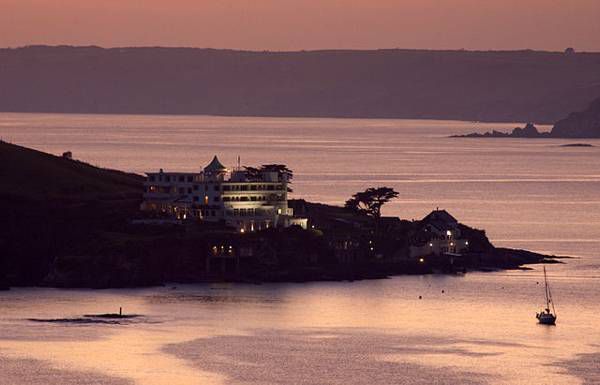 Of course, no Christie quest would be complete without a country house party, y’all. Imagine staying in the house from And Then There Were None or Evil Under the Sun. Well, guess what? You totally can. Both those novels were inspired by the hotel on Burgh Island, which is cut off from mainland England at high tide. The hotel is a masterpiece of Art Deco design and is still fancy AF. Guests are expected to “dress for dinner,” and there are cocktails, music, and dancing in the evening. I sincerely hope a gramophone player is involved in these activities. There’s an Agatha Christie suite as well rooms named after characters from her books. 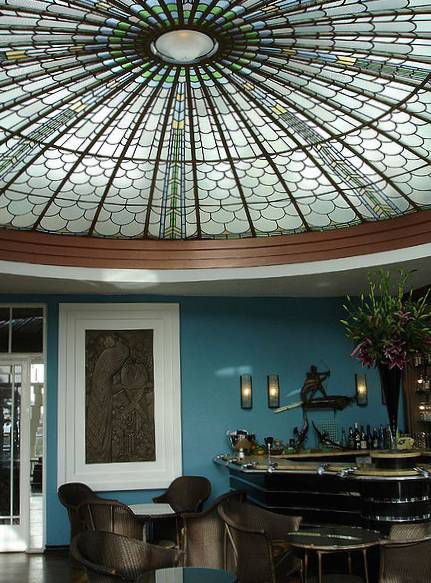 Peacock bar in the Burgh Island Hotel. Image by chodhound via Wikimedia Commons

Other houses you can stay in are the Coral Reef Club in Barbados, the setting for the Miss Marple book A Caribbean Mystery; and Moorlands House in Dartmoor, where Christie is said to have written her first book, The Mysterious Affair at Styles.

But if you actually want to solve a mystery, you can’t beat Harrogate, which is where Christie became the subject of a mystery herself. In early December of 1926, she disappeared off the face of the earth, and the mystery of her disappearance became a national obsession. Arthur Conan Doyle was even called in to help find her! (Wouldn’t it have been a kick if he had?) Doyle didn’t find her, but a young journalist named Ritchie Calder did, appropriately using the same deductive techniques as her fictional characters. She was hiding out at what’s now known as the Old Swan Hotel, under the name of her husband’s mistress. Today the Old Swan hosts murder mystery weekend events inspired by Christie’s books! 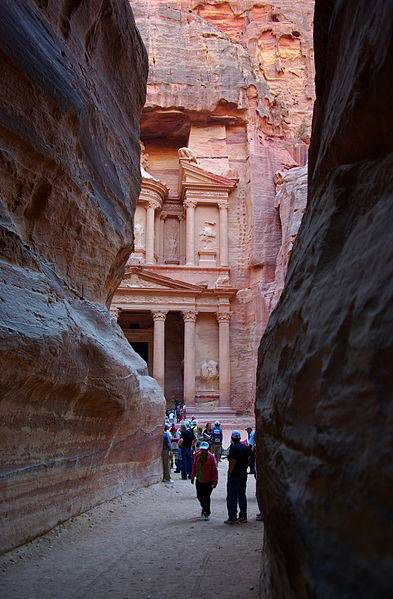 Some of Christie’s most favorite places in the world were located in the Middle East, an area she explored extensively with her second husband, Max, who happened to be an archaeologist. Unfortunately, many of these spots are no longer safe to visit, or even live in. But you can tour through Jerusalem and Jordan, which served as the setting for Appointment with Death and Parker Pyne Investigates, a light-hearted collection of short stories. If you can’t swing either of those trips, The British Museum houses many of the artifacts Christie and her hubby dug up in these areas.