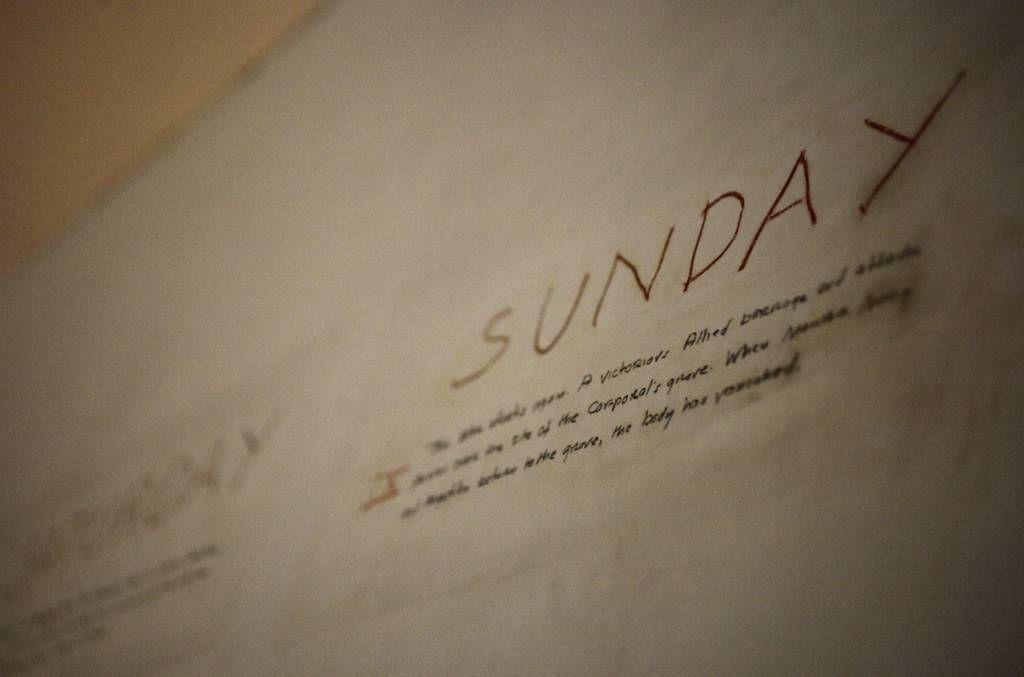 I have been an on again/off again resident of Oxford, Mississippi for 12 years, and the number of visitors I encounter on a daily basis never ceases to amaze me. Yes, Ole Miss is here. Faulkner lived here, too. The Square is adorable and has insanely good places to eat. But 25,000 “literary pilgrims” per year? Can that be right?

A lot of Oxford’s literary tourism is Faulkner-driven (Oxford/Lafayette County is the model for Faulkner’s Yoknapatawpha County so technically, you’re breathing Faulkner in the gas station parking lot), but that isn’t all there is here. Publishers Weekly’s 2013 Bookstore of the Year is on the Square. The Center for the Study of Southern Culture is located on the Ole Miss campus, which also houses the Southern Foodways Alliance, Living Blues magazine, and hosts major Southern Studies and Southern literary conferences. The archives in Ole Miss’s library are almost mind blowing.

Over the years, 38655 has been the zip code for countless authors: Barry Hannah, Willie Morris, Larry Brown, John Grisham, Jesmyn Ward, Steve Yarbrough, Jonathan Miles, Richard Ford and even Donna Tartt (she was a Kappa Kappa Gamma at Ole Miss, y’all). On the edge of the city limits on Highway 6, John Grisham built a little league baseball field in his front yard because Oxford didn’t have one. Larry Brown’s family still owns and operates a dairy farm on Highway 334 near Yocona. I ran into Richard Ford having lunch in Oxford on a random Tuesday a few months ago. Bob Guccione, Jr. called Oxford home for a while.

Oxford has more literary things to experience than any other town in America. In a rural area. Thirty minutes from an interstate. It’s pretty much an oasis. 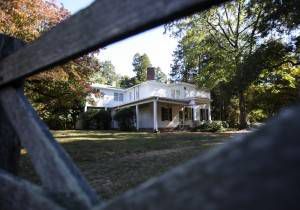 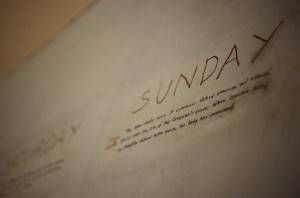 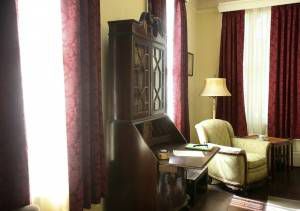 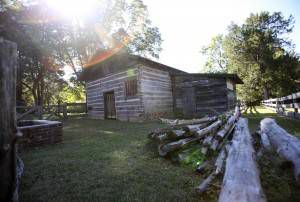 “How often have I lain beneath rain on a strange roof thinking of home.”

-William Faulkner, As I Lay Dying

Rowan Oak: Home to William Faulkner and his family for 40 years, Rowan Oak stands on over 29 acres of land near the Oxford Square. The house was constructed in 1844 and was purchased by Faulkner in 1930. The home and grounds were in disrepair, and the Nobel Prize winner completed many of the renovations himself. Bailey’s Woods, the largely wooded area of the property, has a 3/5 mile trail that connects Rowan Oak to the University Museum on Ole Miss’s campus.

After 1930, Faulkner did most of his writing at Rowan Oak. After winning the Nobel Prize in 1949, he added a small office and outlined the plot of his Pulitzer Prize winning novel A Fable on the walls. 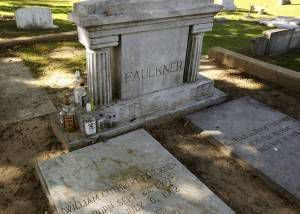 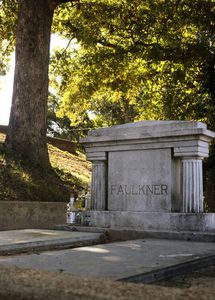 “And I will look down and see my murmuring bones and the deep water like wind, like a roof of wind, and after a long time they cannot distinguish even bones upon the lonely and inviolate sand.”

― William Faulkner, The Sound and the Fury

Saint Peter’s Cemetery: Faulkner now rests just north of the Square. Permanent rings are on his headstone after thousands of Faulkner fans (and drunk college students) have left half empty bottles as an offering. His headstone reads:

So even after he died he was still makin’ up his own punctuation. 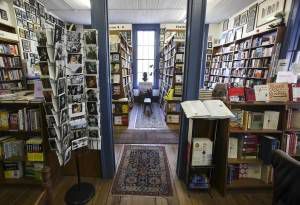 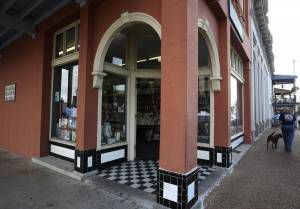 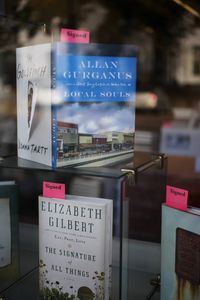 “Read, read, read. Read everything —trash, classics, good and bad, and see how they do it. Just like a carpenter who works as an apprentice and studies the master. Read! You’ll absorb it. Then write. If it is good, you’ll find out. If it’s not, throw it out the window.”

– William Faulkner, Statement at the University of Mississippi, 1947

Square Books: It’s pretty amazing that an independent bookstore can survive in the era of Amazon and ebooks. Square Books is not only thriving, Publisher’s Weekly named it Bookstore of the Year in 2013. AND they have THREE LOCATIONS. All within skips of each other. The flagship store, Square Books, is in a two-story building with a cafe and balcony on the second floor; Off Square Books is a few doors down from the main store and has lifestyle books, remainders, and a stage for author readings; and Square Books Jr, the children’s bookstore, is in a building on the east side of the square.  Square Books is known for its strong selection of literary fiction, books on the American South and by Southern writers, and its emphasis on books for children.  The store hosts the popular Thacker Mountain radio show and over 150 author events a year. 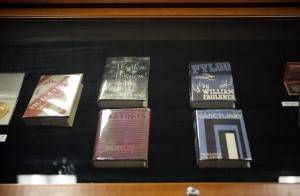 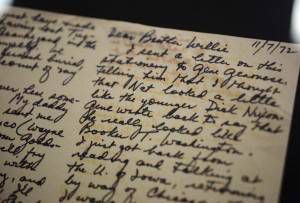 “It is my ambition to be, as a private individual, abolished and voided from history, leaving it markless, no refuse save the printed books; I wish I had enough sense to see ahead thirty years ago, and like some of the Elizabethans, not signed them. It is my aim, and every effort bent, that the sum and history of my life, which in the same sentence is my obit and epitaph too, shall be them both: He made the books and he died.“

J.D. Williams Library, Ole Miss campus: The third floor of the library is home to the Department of Archives & Special Collections. HOO-BOY, is it a literature lover’s paradise. They have a separate Faulkner collection including the Rowan Oak papers (a box of important original documents found stuffed in his broom closet) as well as an original manuscript of A Time to Kill, annotated Barry Hannah manuscripts and letters, a Charlaine Harris collection (Sookie, what?), Eudora Welty letters, and well as 69,000 rare books. Across the hall is the Blues Archive with over 60,000 sound recordings, 20,000 photographs, and over 34,000 books and periodicals. It’s the largest blues archive in the world and is also home to B.B. King’s personal record collection. If you’re nice, they might even let you touch something. 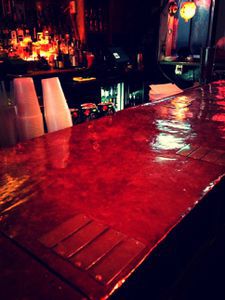 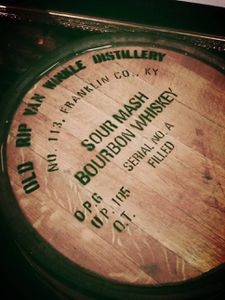 City Grocery: They serve Pappy Van Winkle. If that isn’t enough to get you in the door, I’m not sure I can help you. But City Grocery has been an Oxford staple since 1992 and helped pave the way for a revitalization of the Square. Owner John Currence won the James Beard Award for Best Southern Chef in 2009, and his cookbook Pickles, Pigs & Whiskey was released at the beginning of October. It’s as good as the title suggests it has the potential to be.

The bar on the second floor has been the favorite watering hole of writers, artists and locals for two decades and features a copper bar top with plaques marking the seats and drinks of choice of the regulars. Barry Hannah has his own plaque, and a tribute to Larry Brown sits behind the bar. 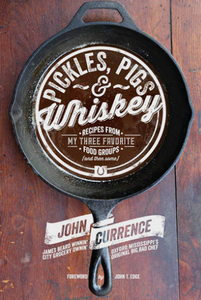 “There is no such thing as bad whiskey. Some whiskeys just happen to be better than others. But a man shouldn’t fool with booze until he’s fifty; then he’s a damn fool if he doesn’t.”

Big Bad Breakfast: In case you have “too much” whiskey, there is no better breakfast joint than Big Bad Breakfast (BBB) to help get you back on your feet. John Currence’s BBB serves breakfast and lunch so you can have a Burgsalom, Burgsalom! at 8:00 in the morning or The Smonk Burger (named for Tom Franklin’s novel Smonk). There’s also the Pel”Egg”Can Brief and The Secret History if breakfast food cures your ills. 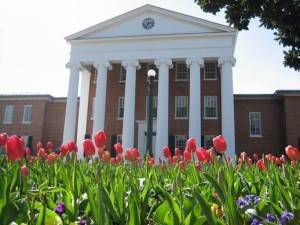 “The only rule I have is to quit while it’s still hot. Never write yourself out. Always quit when it’s going good. Then it’s easier to take it up again. If you exhaust yourself then you’ll get into a dead spell and you’ll have trouble with it.” 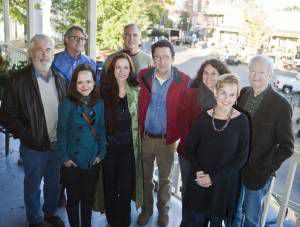 “It begins with a character, usually, and once he stands up on his feet and begins to move, all I can do is trot along behind him with a paper and pencil trying to keep up long enough to put down what he says and does, that he is taking charge of it. I have very little to do except the policeman in the back of the head which insists on unity and emphasis in telling it. But the characters themselves, they do what they do, not me.”

If you decide to make a literary pilgrimage to Oxford, I hope you’ll look me up. This place is small and we all know each other around here, so just ask a stranger and they can point you in my direction. They’ll probably have a story for you.

*The photos of Rowan Oak, Faulkner’s gravesite,Square Books, and J.D. Williams Library were shot especially for this article by photojournalist Alysia Burton Steele. While with the Dallas Morning News, she was part of the photo team that won the 2006 Pulitzer Prize for Breaking News. She recently launched a Kickstarer campaign for her Jewels of the Delta book project. She currently resides in Oxford, Mississippi.*

**The author photo was taken October 25, 2013 on the balcony of Square Books by award winning photographer Bruce Newman. His “Authors at the Yellow Wall” series features portraits of acclaimed authors standing in front of a blank wall on the Oxford Square.**

***The photos of City Grocery Bar, the barrel of Pappy, and the Lyceum were taken by Emily Gatlin. She won a pie eating contest in 2002.***