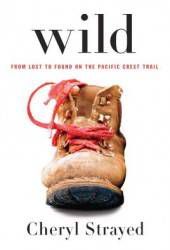 In the last issue of Literary Tiger Beat I was listing Dreamy Fictional Female Teens. I had a lot of trouble making the list. I had to reject every other name that popped into my head. “Crap, she’s real,” I’d think. “Oh crap, she’s real too.”

It seems, that day at least, memoirists had taken over my brain. This means, of course, that we should have an issue of Literary Tiger Beat about memoirists who make us all melty inside. Now, I preface this list with the fact that my memoir-reading leans heavily towards women and the rock & the roll. Also, I am not going to make a distinction between memoir and autobiography and will thus hasten the death of publishing or criticisms or whatever death bloggers are hastening this week.

Cheryl Strayed: Logically, I can almost understand how you might come out of reading Wild without being in love with Strayed. Maybe you don’t like super strong, independent, smart women with a weakness for the occasional pop of heroin and extra-marital affair. Whatever, we’ve all got our things. But if you can read her collection of Dear Sugar advice columns Tiny Beautiful Things without falling, well you better get thee to a cardiologist because your heart might have been replaced by a red M&M when you weren’t looking.

Kristin Hersh: I wasn’t much of a Throwing Muses fan in the nineties. I swore my allegiance to Liz Phair and, as much as it pains me to assert this out loud in a public forum, Alanis Morrisette. So the fact that Kristin Hersh wrote a memoir did not do much for me at all, until my friend Christa started raving about it. Rat Girl is the kind of memoir we need more of. Hersh does none of the usual memoir wankery whereby the author spends a lot of time justifying the crap they did when they were young and shining bright, shiny spotlights on events that are significant only in retrospect. Hersh doesn’t do that, she just presents the story of her eighteen-year-old self with no explanation. It is glorious and will make you love her.

Ariel Schrag: Now when you think of graphic memoirists I’m sure Marjane Satrapi or Alison Bechdel or Art Spiegelman all come right to mind because they wrote iconic, genre-defining books. Excellent books. But you know what? As much as I adore their books none of them made me feel butterflies and sparkles the way Ariel Schrag’s Awkward & Definition and Potential did. That Schrag is one hell of a charmer.

Ben Bradlee: After college I spent a bit of time being obsessed with Watergate and the reporters and editors who covered the story. As luck would have it my obsession coincided with the six or seven months in which Walter Cronkite, Katherine Graham, and Ben Bradlee all released books about their lives. I ate each one of them up, and of them all, Bradlee’s was my favorite. His was the funniest, self-depracating-est, most conversational of the bunch. Even now when I’m asked about my favorite memoirs, I include this one.

Wendy McClure: I don’t know if you had to be a “Little House” person to develop crush-y feelings about Wendy McClure after reading The Wilder Life or not. You don’t need a lot of “Little House” knowledge to enjoy this book about McClure’s travels through the world of Laura Ingalls Wilder while coming to terms with the death of her mother, her impending marriage, and her own reproductive choices. Even though I was a TV Little Houser and Wendy draws a definite line between those kinds and the Book Little Housers, my affection for her goes unabated.

Peter Trachtenberg: To look at me you’d never guess I was the kind of woman who had a bunch of tattoos. When you see me fully clothed I look like your average 6’5″ white-trash suburban nerd hermit. But I do have tattoos and often when people ask about them instead of telling them the story behind the tats, I just say something glib like “I was 22 in 1994.” Most people get it. My tattoo stories are mundane and nothing like the stories in Trachtenberg’s funny and frightening and fabulous 7 Tattoos, a book that I read back in the nineties (because apparently I only care about reading nineties kinds of things) and that still haunts me to this day. (Aside: I found out a few years ago that Trachtenberg was married to Mary Gaitskill my heart did cartwheels.)