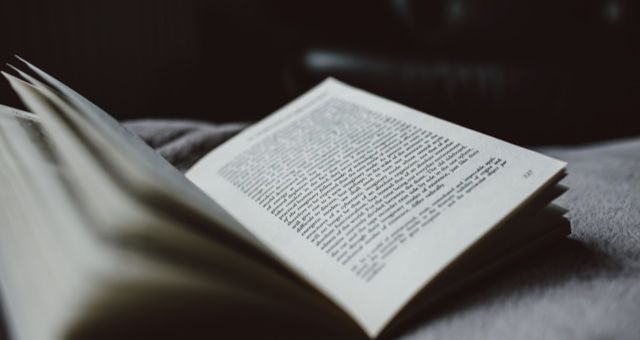 Literary prizes are notoriously difficult to judge. Not always, of course. Sometimes judges say the decision was unanimous (as here, here, and here.) Sometimes I even believe them.

Although honestly, I prefer it when judges admit that there was a struggle over which book, story, or poem to choose. Once, I asked lit-prize judge Sophia Vasalou if her committee, which chose the 2017 International Prize for Arabic Fiction, had been unanimous. She told me: “I can’t enter into our discussion of specific books, but unanimous we certainly weren’t.”

She added: “How strange would that have been?”

As administrator of my own small lit prize, I agree that it would have been strange indeed. Thus I felt sorry for Gaby Wood, director of the prestigious and long-running Booker Prize. The 2019 judges that he was meant to herd into a decision made the (very bad) call to announce co-winners this year.

Wood said, of the 2019 judges: “They have actively broken the rules. It’s not that we accommodated the jury, it’s that the jury actively chose to reject the rules. They effectively staged a sit-in in the judging room.”

I administer a (thankfully) much smaller literary prize, called the ArabLit Story Prize. We announced our 2019 winner on October 15, the morning after the Booker. At one point during our final judging call, I interrupted the three judges. I probably shouldn’t have. My job is not to have an opinion; it’s to administer. But I felt tense after they didn’t come to an instantaneous happily-ever-after.

“We could do a co-winner,” I said, in the midst of Skype chatter between the judges. “If you…I mean…It’s possible.”

Fortunately, they continued to talk over me, effectively ignoring my suggestion. Unlike the Booker judges, they did not stage a sit-in (which might have been a bit strange over Skype). Instead, they came to a consensus. Which is what the Booker judges should’ve done, too.

As award-winning translator Roland Glasser wrote after the announcement, in a private message he gave permission to quote, “You had one job to do, Booker Prize judges, one: pick one winner. One. Not two. One. And so give maximum focus to one book/writer.”

Others were similarly angered or annoyed. Book publicist Corinna Zifko said on Twitter that she was, “Enraged. Obvs didn’t want to give it to GWO [Girl, Woman, Other] but also didn’t want to seem stuffy and give to Atwood.”

I agree with James: The spotlight should have been on Evaristo this year, who in any event wrote the more interesting book. In addition, this co-winning business complicates the assertion that Evaristo is the “first Black woman” to win the prize. She is, of course. But it’s hard to ignore that she’s half of a winning pair.

It reminded me of the 2011 International Prize for Arabic Fiction (IPAF). That prize is popularly called the “Arabic Booker” because of  the IPAF’s institutional affiliation with the English prize. The IPAF presented its first prize in 2008, and the first three winners were men. (That doesn’t really make them a prize outlier. Since 1969, 31 men and 16 women have won the Booker. Not to mention how few women have won the literary Nobel.)

In any case, Raja Alem should have won the prize in 2011 for her novel The Dove’s Necklace. Still, somehow, The Dove’s Necklace ended up as a co-winner with Mohammed Achaari’s The Arch and the Butterfly. This co-winning business was not only nonsense, but also an insult to that year’s shortlistees, as Glasser also noted of the Booker.

“I mean, we all know that picking the ‘best’ anything is a farce, a contrivance, but at least with one winner, the others can feel kind of OK about it, that it was really the hand of chance, that the judges had to pick someone,” Glasser wrote. “But with two, it’s a real kick in the teeth, it’s like saying: ‘Yeah, you were a bit rubbish to be honest. I mean there were two whole books that were clearly sooooo much better than yours!’”

It wasn’t until this year, 2019, that a woman (the very deserving Lebanese novelist Huda Barakat) really won the International Prize for Arabic Fiction. Like, all by herself. Without a co-winner.

And what about Sophia Vasalou’s year? I can’t speak for Sophia, who was professionally tight-lipped about the whole thing. But I think the prize should have gone to Ismail Fahd Ismail’s al-Sabiliat (a book that has recently been translated as The Old Woman and the River and will be out this month). Instead, the judges decided on Mohammed Hassan Alwan’s A Small Death.

I don’t agree with the judges here. I often don’t. But they did do the right thing—choosing one winner, not two.