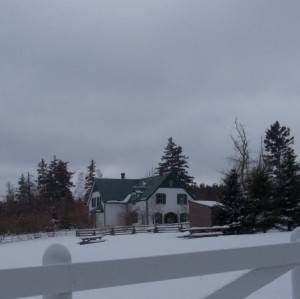 This is a guest post from Michelle Anne Schingler. Michelle Anne has graduate degrees from the University of Georgia and Harvard Divinity School, whereat she studied religion and theology and consumed English courses like they were candy. These days, she works in a public library, writes freelance book reviews, teaches Hebrew school, and experiments with how many books she can fit into her bed before she herself has no room. (Views expressed in relation to her library work are her own, and not those of her library system.) Follow her on Twitter @mschingler.

Millennials get shouldered with labels like “spiritual, but not religious.” I’m both. For me, though, the former predates and directs the latter. My sense of the sacred was born via books, and I know no language of worship that I can separate from my readerly-self. Before churches and synagogues came libraries. A kind librarian handing over a withdrawn copy of a board book for me to keep was like a priestess, and lines read aloud from Max and Ruby were how I learned to pray.

Into adulthood, books remained the constant in my life. They carried me toward divinity school, where I showed up with my boxes of Summa Theologica and Buber like a good prospective theologian, with Emily of New Moon and Dean Koontz tucked between volumes for when I needed to escape. Kung for edification; Whitman as a devotional.

I’m convinced that bibliophiles only need to remain true to their TBR stacks to find a spiritual center, but that’s sometimes hard to do in the midst of school and life. So you count off lines of verse like they’re the beads of a rosary, seeking satiation from a word or two even if chapters would be better. You find yourself articulating despair in terms of volumes not read. That is, at least, how it’s worked for me.

One Boston three a.m. (an hour that Montgomery called “accursed”), alone with my most irascible thoughts and creeping misgivings, I made an impulsive decision to undertake a pilgrimage. I cast aside the covers with my cobwebby thoughts, grabbed my laptop, and calculated the distance between my apartment and Prince Edward Island. (When would I ever be this close again? Hadn’t I always wanted to pay homage to L.M. Montgomery, whose descriptions ran like poetry through me?)

I made quick choices: between the ferry and the bridge, between available hotels, regarding the cash I’d need for gas and food. And when the sun rose, I set off. 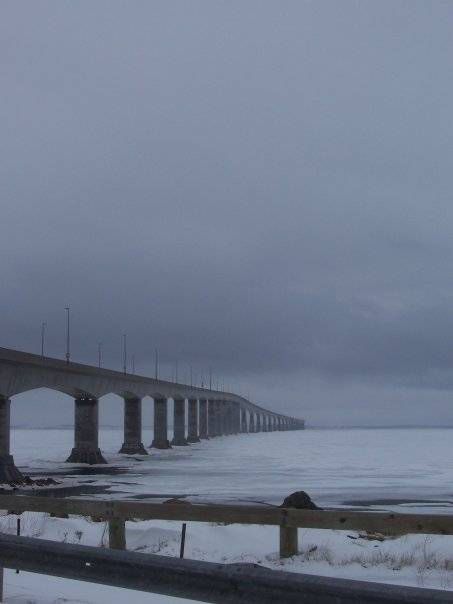 If there were a passport for literary pilgrims, PEI’s stamp would still dominate mine. I broke all of the rules of proper journeying, not so much as checking the weather before I left. When I crossed over the Confederation Bridge, PEI was under the threat of a blizzard, and I found an Island shut down. Green Gables was shuttered. Anne tourism was in hibernation. To get to L.M.’s resting place, I had to tread through snow; the beaches rendered infamous by Kevin Sullivan’s films were coated in white powder as well. 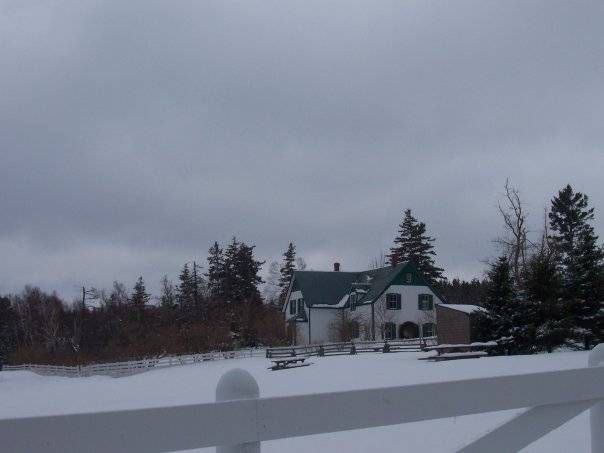 But God if the island did not wake me up. Lines that had always pulsed through me raged to new life, even if the fields and orchards that Anne lauded were a monochromatic blur. With L.M.’s journals as my palster, I covered as much of the Island as I could in two days and headed home full of the wonder Lucy Maud had first inspired in me. It carried me through the remainder of the semester.

600-mile journeys aren’t always necessary for literary supplications. Concord and Walden Pond became a mainstay of my time in Boston; just a twenty-minute drive to the Alcotts’ home, to streets that Emerson walked and a house that Nathanial Hawthorne graffittied. A quick pass through to recharge my batteries, and I could return to my work with renewed inner calm. (As a pilgrimage site, Walden itself didn’t work quite as well for me. The area around the pond is beautiful in a come-to-nature way, but it’s so close to downtown that I became convinced that pretentious Thoreau must have absconded to home when the winters got truly tough. I could never believe Walden after. (I bought the bumper sticker anyway.)) 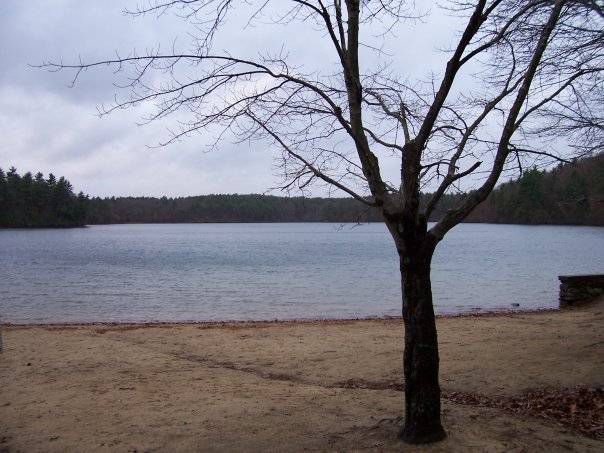 Back home in Georgia, there was Andalusia Farm, the once-home of Flannery O’Connor, where some of her library is maintained and where the peacocks she loved still prance around the property. It, too, became a welcome place to escape to on breaks. A pilgrim in Milledgeville may opt to touch relics from her time there—a desk, a typewriter, a doorjamb in which your knees bend slightly of their own volition—or just observe the locals, and, because Southern archetypes are somehow never in short supply, try to determine which of these might have inspired works like “Good Country People” (“‘Give me my leg,’ she said.”) or Wise Blood. I took her flowers once or twice, making a mental note each time to investigate why other journeyers left pennies atop her tombstone. I never have. I came home with peace alone.

Aborted pilgrimages leave their marks, too—the turn off the exit at Camden, when I immediately realized that I wouldn’t find remnants of Walt in the town it had become. The good grey poet who is America to me still hasn’t received a symbol of my thanks.  And though I keep meaning to rent a convertible while I’m in California and cruise down the road toward Salinas to blow kisses to Steinbeck, the trip has yet to come together perfectly. Because his California paragraphs sate me when I’m feeling homesick, I know it will eventually. It has to. There are works around which longing simply grows too large to stay away.

And there are the pilgrimages that weren’t—stumbling upon a marker for Bret Hart, or shrugging my way through Lewis Grizzard’s old town, not knowing or really caring anything about Grizzard. Relic-wise, there’s a vial of dirt that I knelt to take from one of Samuel Clemens’ Sierra homes, though for me it’s more about California than proximity to Calveras County. Still, I keep that bit of ground that Mark Twain might have walked upon, a tangible connection to the written past.

For those shaped by words, whose dreams are forged between the leaves of books, trips like these are how we become a part of the stories that helped to direct our own. There’s something to seeing the waters that L.M. Montgomery looked out on for yourself, something that helps to flesh out the contendedness her characters expressed despite the wide world just beyond the bay. The proximity of writers’ homes in Concord, MA brings the extraordinary nature of the 19th century literary scene into new relief, and as buildings close in around Margaret Mitchell’s house, you start to understand her claustrophobia in the public eye. 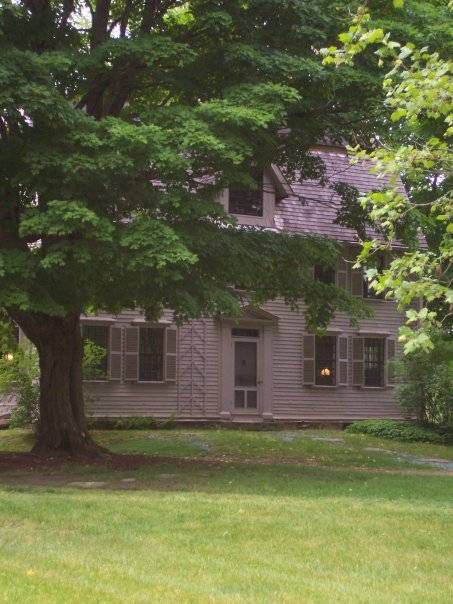 We come to know writers and books better by walking avenues they walked, or peering out from windows at which they perhaps once planned their works. I’ve found that access invaluable and enriching. For the seeker, the supplicant, the devotee, the canon is never truly closed; paths stay open to welcome us in.