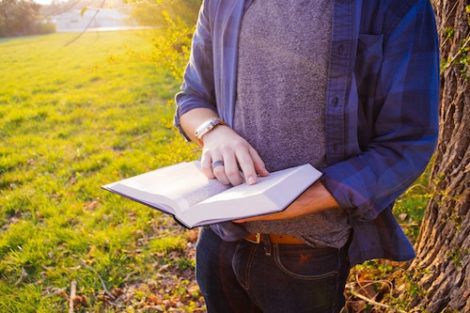 I’ve always been fascinated by the performance of literature, notably literature that was not originally intended for performance, whether it’s taking a novel and turning it into a play or musical production, or a poem into music. When I was in high school, I was fortunate to see Richard Buckner put 18 of Edgar Lee Master’s The Spoon River Anthology poems into musical form on his CD “The Hill.”

Years ago, there was a puppet opera of Edward Abbott’s Flatland. While I unfortunately was not able to attend, I’ve been endlessly curious as to how that beautiful mathematical work was translated into an operatic puppet performance.

These past few months, I’ve gotten to participate and see some literary performances that have also given me some ideas for future events. 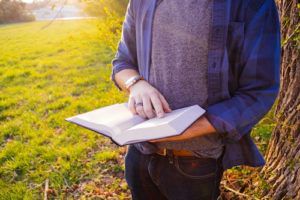 While New Bedford has been doing the Moby Dick Marathon for years, the Newberry Library in Chicago hosted the Read-a-Thon as part of its opening weekend of Melville: Finding America at Sea exhibition. Over 25.5 hours, people read all of Moby Dick, including the footnotes. The readings ran into the wee hours of the night.

I decided to sign up as a reader since I’ve been intrigued with the book for awhile. A friend convinced me  it was not merely a book about vengeance but that it was brimming with humor, philosophical and frankly weird digressions. I ended up getting a short chapter that proved true to that reputation. It was Chapter 25: Postscript when Melville goes on this discussion about kings anointed with oil.

When I read my section, carefully pronouncing some of the more unusual words, it was gratifying to hear people laughing at the right bits.

I wasn’t able to stay for much of the Read-a-thon but I appreciated taking the time to collectively experience this whale-sized book together.

The Wasteland in Madison Square Park

In April, we were fortunate enough to be in NYC for actor Fiona Shaw’s performance of artist Arlene Shechet’s adaptation of T.S. Eliot’s The Wasteland in Madison Square Park. Most of the performance took place inside a circular fountain that was off; we sat around it in a light drizzle. With a portable loudspeaker (that did have some issues), Fiona Shaw gave a tour-de-force performance of this epic poem.

April is the cruelest month indeed as a intermittendent rain fell upon us and the rest of the crowd. What I loved was how the poem contrasted and then complemented the sounds of the city. There would be times when the poem would be contrary to the world around, a stanza about noise and destruction while the birds chirped around us. But then there’d be moments when the two would blend together – sing song recitation of “London Bridge is Burning Down” as an ambulance blared by. It was a real gift to NY.

So with these two performances in mind, I had some ideas for people who want to bring a little bit of the literary world to the performance one.

What performances of non-dramatic literary works have you seen or participated in? What would you like to see in the world?

Interested in learning more about live literary events: here’s my post on literary Chicago and some popular lit events. Or here’s a post to change your mind on reading Moby Dick.