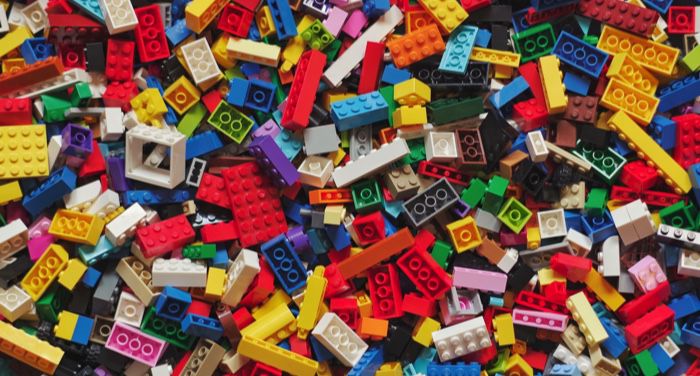 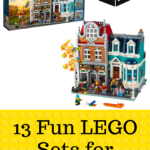 There is something about building LEGO that quickly drops my shoulders and relaxes my soul. Each little snap of a piece onto another as you create something is just a wonderful thing. And for the pièce de résistance: building LEGO pairs beautifully with an audiobook. If you feel the same way, or even just a little way, I’ve rounded up a fair amount of literary LEGO sets you can purchase — with a wide range in prices and tastes. I’d say make some room on your bookshelf for your finished piece but LOL do book nerds even have any space on their bookshelves?

I’m starting with the most expensive one, but it’s in the category of “if you can afford it it is 100% worth it”: LEGO Creator Expert Bookshop.

If you’re a fan of webs and collecting little LEGO people not only do you get Spider-Man headquarters (surely you can make business cards once this is complete) you also get Spider-Man, Green Goblin, and Venom minifigures: LEGO Marvel Spider-Man Attack on The Spider Lair.

For the ’80s Batman fans (*waves at Michael Keaton) not only do you get the very cool Batmobile, but hello to the mini Batman, Joker, and Vicki Vale: LEGO DC Batman 1989 Batmobile.

Or maybe you want to stay with the black caped crusader but are more of a Batwing person? In that case swap out Ms. Vale for a Boombox goon figure: LEGO DC Batman 1989 Batwing.

Here’s a new LEGO item where you basically make a picture out of the multicolor little round pieces and then hang it on your wall like art. Fancy a little gold and red hero on your wall? If so: LEGO Art Marvel Studios Iron Man.

Does it get more bookish than an actual book with a playset on the inside of Beauty & The Beast? Maybe, the bookstore LEGO but not much else. To be honest this seems worth it just for Belle, Beast, Mrs. Potts, Chip, Cogsworth, and Wardrobe in micro-size: LEGO Disney Belle’s Storybook Adventures.

The only thing I see missing from this is someone should have really put a hair extension lock to attach to the tower window. Just saying. But I’ll forgive the oversight because you get an itty bitty Pascal, along with the Rapunzel and Flynn Rider characters: LEGO Disney Rapunzel’s Tower.

Forever crying at this Gus-Gus that they added in — I love him so much. And for those not ridiculously obsessed with adorable rodents there’s the adorable Cinderella’s carriage, pumpkin, and most importantly her Fairy Godmother: LEGO Disney Cinderella’s Royal Carriage.

There is a Baby Yoda. That’s it. That’s all you need to know: LEGO Star Wars: The Mandalorian The Child.

Han Solo fans, get ready to build a mini Millennium Falcon that you can then fly around while making space flying noises and pew pew pew sounds because Han Solo also has a blaster pistol!: LEGO Star Wars Millennium Falcon Microfighter.

Or maybe you want to play action scenes! The AT-RT Walker has posable legs and you get a handful of Clone Troopers and Battle Droids. All the pew pew sounds: LEGO Star Wars 501st Legion Clone Troopers.

Can you have Star Wars without “I am your father”? If your answer was a deep “no” have I got the set for you: LEGO Star Wars Darth Vader’s Castle.

Enjoy your builds. And, remember, never ever accidentally leave a LEGO piece on the floor. Unless you absolutely hate a person you live with, in which case may the odds be ever in your favor that you don’t step on it barefoot.