I have a well-developed obsession with House Hunters International—you know, that show where people move to exotic locales and see three houses or apartments, eventually picking the only one you as a viewer think is a terrible choice. I watch this show nearly every day, indulging in escapist fantasies while eating my lunch. Sure, I could move to Paris someday. It could happen. Anyway, one day as I was munching on my sandwich, I started wondering what some of my favorite literary characters would be like as house hunters, as you do.

Darcy and Lizzie from Pride & Prejudice

Why they’re moving: Gotta be closer to the fam.

The deal: In every house hunting relationship there’s one person who’s easy going and another person who is so picky you don’t know how they manage to make ANY DECISION IN LIFE. Guess who’s going to be the picky one in this relationship? Yup, Darcy. Plus he doesn’t really want to be closer to Lizzie’s family, so he’s going to make this as difficult as possible.

House #1, a well-appointed house in Meryton

House #2, a well-situated estate in a neighboring county

House #3, some other estate slightly closer to Longbourne

You think they’re going to pick: Either House #1 or House #3, since Lizzie’s right, being close to her parents WAS the entire point.

They end up choosing: House #2, because let’s face it, the views are really awesome. 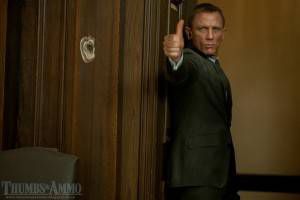 “The picture needs to move a little to the left.”

The deal: James is one of those creepy older bachelors who wants “modern furnishings” and has a fantasy of his new pad being a chick magnet even though it’s one step above a dorm room. He’s bringing along Miss Moneypenny because NO ONE CAN EVER HOUSE HUNT ALONE.

You think he’s going to pick: House #1, because it’s under budget, the largest of the three, and pretty nice.

He ends up choosing: House #2, because it’s the smallest. He can shoot any intruder from his bed, which takes up nearly half the apartment, and there are only 3 entry points.

Ron and Hermione from Harry Potter

Why they’re moving: Want a holiday home in Spain. The catch is they want to live among Muggles so their kids can “experience a different culture.”

The deal: The dreaded doubly-picky-couple-that-wants-completely-opposite-things! Hermione would like a library, lots of space, four bedrooms, and a garden. Ron would like to be at the center of town. They both want a beach view. Budget is 150k, but Ron really wants to keep it closer to 100. The Real Estate agent is trying not to cry.

You think they’re going to pick: House #2, because Hermione clearly has the power in this relationship.

They end up choosing: House #3. NO house hunter can resist the power of the beach!

What do you think some of your favorite literary characters would be like as house hunters?