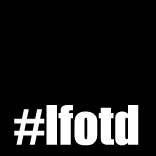 Here’s what we ran over the last two weeks:

Oct 15: Mario Puzo’s eyesight was so bad that he was excused from combat duty in WWII and instead served in public relations.

Oct 17: The Starbucks at the corner of 43rd & Broadway in NYC was once the location of the Barrett Hotel, where Eugene O’Neil was born.

Oct 18: Gunter Grass is often associated with the artistic movement Vergangenheitsbewältigung, which means “coming to terms with the past”

Oct 20: Arthur Miller died on the 56th anniversary of the Broadway premiere of A DEATH OF SALESMAN.

Oct 21: 6 years after meeting Terry McMillan, John Plummer, the inspiration for HOW STELLA GOT HER GROOVE BACK announced that he was gay and the two divorced.

Oct 22: Due to agency policy, David Cornwell had to use a pseudonym to publish his stories, and so A MURDER OF QUALITY appeared under the name John Le Carre.