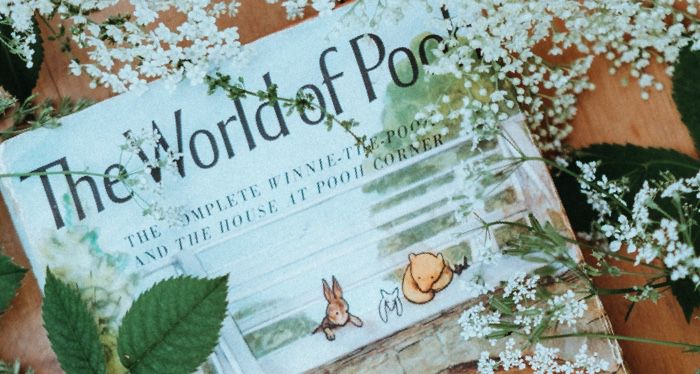 In a world of endlessly repeating intellectual property through reboots and sequels and prequels, licensing for literary characters is an equally big business. It’s easy to see why licensing a beloved literary character is lucrative: recognition is half the battle for launching new product.

We live in a world with constant literary licensing. It’s impossible to say if children’s books are always acquired with licensing in mind, but it’s clear that some of the most successful children’s book characters have been licensed out to plush toys, toothbrushes, card games, and more will stay recognizable to children. Ubiquity is a major way to generate staying power.

The basic meaning of licensing is the legal permission to use a copyrighted material for a certain length of time. In the case of literary characters, the license is granted by whoever owns or represents the intellectual property for a licensee (usually a business) to use the character. If the government owns the license, it’s still possible to become a licensee, but there’s normally an application process.

In order to use a license, the licensee has to pay a licensing fee. Someone or a business who is licensing out a literary character might also be deliberate about what products they choose to put character images on. Although literary characters are an essential part of the children’s book game these days, Bill Watterson famously refused to license his characters Calvin & Hobbes, as he discussed in the Calvin & Hobbes Books, Tenth Anniversary Book.

The owner of the character license can be a writer, the estate of the writer, the publisher, or another entity. There are specific reasons for a literary character to be copyrighted. Although copyright owners do not necessarily need to license out their characters, it’s a common practice for beloved children’s book characters.

Beatrix Potter innovated the practice of literary character licensing with her own creation Peter Rabbit. She originally self-published The Tale of Peter Rabbit, which then became a sensation for children. Her belief in her characters also led her to cut and sew her own patterns for a Peter Rabbit doll, before it became a mass-produced doll for children. She also carefully oversaw licensing for other Peter Rabbit merchandise, like tea sets and board games. She stayed as involved as she could in every aspect of Peter Rabbit product creation.

Beatrix Potter oversaw this during her lifetime because she was so protective of her characters. She only chose products to bear Peter Rabbit’s face that she felt would appeal to children and represent her characters properly. It’s difficult to say what she would have thought about the Peter Rabbit movies, but if they were somehow shot in her lifetime, she definitely would have been on set giving her thoughts.

Winnie-the-Pooh and The Shaping of Modern Licensing

Winnie-the-Pooh became a sensation because of a female black bear housed at the London Zoo in the 1920s. A.A. Milne and his son Christopher Robin Milne were big fans of the bear, and A.A. Milne wrote two smash-hit story collections about Christopher Robin and his stuffed animals in the Hundred Acre Wood.

After a rebranding, Pooh became a more cuddly bear that would be welcoming and exciting to children who saw him at the store with their parents. Winnie-the-Pooh started to pop up as a doll and stuffed toy, but he also showed up on puzzles, games, and animated movies.

Children’s characters started to crop up everywhere, especially in 1932 when Disney began shopping their characters around for licensing opportunities.

Copyrighting characters became important in the 20th century with the rise of print media and the need to protect their creators. Legal protection for a copyrighted character has some important stipulations: “Copyright provides exclusive protection for original works of authorship fixed in a tangible medium…In order to gain exclusive copyright in a character, character creators must not only create original works, but must also flesh out their characters with enough original expression to make them distinctive.” A person or business seeking a license will only be able to use the character’s image for a certain amount of time, and businesses have run into issues for continuing to market products after their license has expired.

Winnie-the-Pooh and his compatriots in the Hundred Acre Wood had enough specific visual and personality traits that they could be copyrighted. Children’s characters aren’t always made with copyright and merchandising in mind, but a character with specific traits will stand out from the crowd.

Copyright for characters has been through adjudication in court several times. Back in the 1930s, in the case of Detective Comics v. Bruns Publications, Superman defined some of the attributes necessary for a character to be licensed. Bruns Publications’ character Wonderman (not Simon Williams as Wonder Man) wore a red skintight costume, saved citizens from crimes, leapt from building to building, and showed off incredible feats of strength. The court determined that, although Superman embodied some characteristics of a “Hercules type,” his actions and portrayal were distinct enough to merit a copyright infringement by Bruns Publications on Detective Comics’ original character.

More recently, the Conan Doyle estate filed a lawsuit against the Netflix movie Enola Holmes, its books written by Nancy Springer, and her publisher Penguin Random House for portraying a Sherlock Holmes who was too emotional. The public domain stories feature a deliberately non-emotional Holmes, while the emotional Holmes is only in still-copyrighted stories (or so the Conan Doyle estate has argued).

Yet Again, Disney Is Involved

In 1961, Stephen Slesinger’s widow, Shirley Slesinger Lasswell (who took over Stephen Slesinger, Inc.) licensed parts of Winnie-the-Pooh to the Walt Disney Company. After this original granting of rights by Stephen Slesinger, Inc. to Disney, it starts to get complicated. Copyright kept getting extended in the United States, thanks to amendments in 1976 and another in 1998 (pushed for by the Disney company).

Stephen Slesinger, Inc. took Disney to court for underpayment of royalties. In 2002, when Disney announced a plan to secure the worldwide rights to Pooh, SSI took Disney to court again. The granddaughters of A.A. Milne and E.H. Shepard (Pooh’s original artist) also got dragged into the financial fracas. During the course of the lawsuit, it was acknowledged that Pooh made at least one billion dollars in revenue a year (although SSI argued this is a low estimate that Disney gave by hiding revenue).

As Disney continues to acquire franchises and especially book series, issues of character licensing are likely to crop up again and again. Although there are laws in place to protect creators, the extension of copyright (as driven by Disney) and aggressively mega-corporations might be chipping away at such important structures.

The Business of Licensing

Some of the most popular characters have long histories in the children’s book market, especially characters like Peter Rabbit, The Very Hungry Caterpillar, and Peppa Pig. These instantly recognizable characters persist in the public consciousness because their books are still in wide circulation, probably driven by their ubiquity. However, license-holders and estate managers try to be careful about which products they slap their characters on so they don’t lose consumer trust.