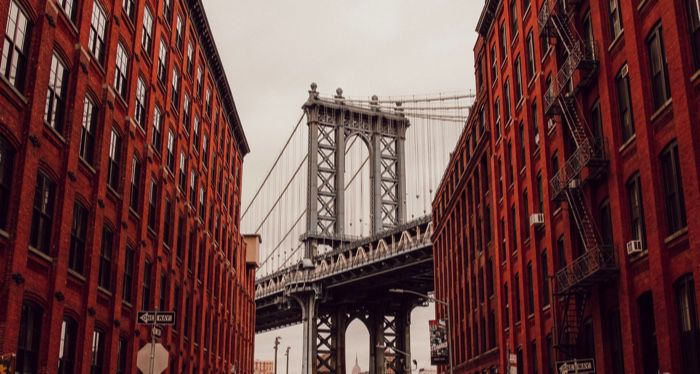 Brooklyn might not get as much tourist traffic as the more glittery borough of Manhattan, but in terms of literary accolades, it has plenty of sites that are worth checking out. Here are some of the top literary landmarks and bookstores that you absolutely have to visit if you’re interested in going on a tour of literary Brooklyn, New York.

While the New York Public Library on 5th Avenue in Manhattan gets all of the hype, the Brooklyn Public Central Library near Prospect Park in Brooklyn is absolutely worth a visit as well. Constructed at the start of the 20th century, it is the central branch of the Brooklyn Public Library system and in addition to being in a beautiful, historical building, it is also a fully functional library. It is visited each year by over a million people, and definitely worth a stop on your literary tour of Brooklyn.

Williamsburg is a very historical neighborhood with a lot of literary clout. While it has recently become more popular as trendy neighborhood to live and a tourist destination with tons of shops and restaurants, it was historically a working class neighborhood with a lot of diversity. It is still home to a very large Hasidic Jewish community. One of the more popular novels that is set in Williamsburg, Brooklyn, is A Tree Grows in Brooklyn by Betty Smith, and it paints a very different picture of the neighborhood that has grown in popularity in recent decades.

Coney Island is another destination in Brooklyn with a rich history, and many literary references including a brief mention in The Great Gatsby, and many of O. Henry’s short stories, among others. Coney Island is also just a fun, bizarre part of New York to visit that’s a bit off the beaten track. It has everything from an amusement park, to the beach, and a colorful boardwalk filled with all the delicious junk food that you can find at your local state fair. It’s a great stop on any visit and even better because of the place that it holds in literature.

Greenlight is an independent bookstore with two locations in Brooklyn, one in Fort Greene and the other in Prospect Lefferts Garden. Founded in 2009, the bookstores have quickly become a part of the community and are a great resource for all seekers of books. While both stores are modest (the Fort Greene location being slightly larger) they have an incredible selection of diverse books across a range of genres. They are personally some of my favorite bookstores to explore because of the well-curated tables at the front that highlight diverse voices and the easy access to new releases.

Community Bookstore in Park Slope is a small beloved bookstore that has been around since 1971. They pride themselves on a hosting a curated selection of books from both large and small press publishers. The space is narrow and crowded with books, but what else would you want from your local bookstore? They also have a considerably sized children’s section that opens right out onto a beautiful little terrace. The same owners took over another bookstore a bit further south and renamed it Terrace Books.

Unnameable Books has the distinction of being both a used bookstore and a new bookstore, so you get the best of both worlds. It is nearly impossible to walk into this bookstore without buying something (but I feel that way about all bookstores). It is also in a neighborhood surrounded by great dining, bars, and very close to the Brooklyn Museum and Prospect Park, so it has a great location in addition to satisfying all of your bookish needs.

Books Are Magic is an adorable bookstore in Cobble Hill Brooklyn. Founded in 2017, it is the new kid on the block, but it has certainly made a name for itself in that time! They have a wide array of children’s books — classics, new releases, and lesser known works — alongside their offerings for adults, and also host a ton of events in the bookshop that are ideal for kids of all ages! Sounds pretty magical to me.

Book Thug Nation is a used bookstore and community space in Williamsburg, Brooklyn. Another newer addition to the book scene in Brooklyn, they distinguish themselves by really focusing on building community through books, literary events, lectures, readings, and film screenings. The bookstore was started by three sidewalk booksellers who came together to open this brick-and-mortar location where you can help yourself to complimentary coffee and tea while you browse. Here you’ll find mostly literary fiction along with philosophy, film criticism, and biography.

Spoonbill and Sugartown Books offers a more specialized selection of books on contemporary art, design, philosophy, and literature. Here you’ll find new and used books as well as more rare items. The shop was founded in 1999 and while it has changed a lot in that time, along with the neighborhood, it has maintained its original spirit of offering a curated bookstore to the local residents.