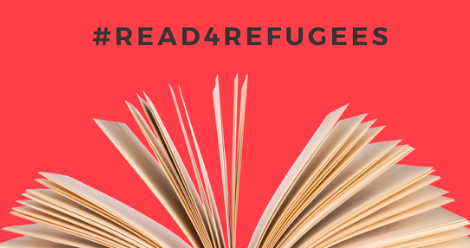 Following numerous attempts by the current administration to suspend immigration from certain Muslim-based countries, a group of best-selling authors is banding together to support #Read4Refugees, a worldwide “read-in” aimed at supporting refugees. The campaign, hosted by GoJaneGive, encourages people to support refugees by donating the money they would have spent on a night out, and instead, spend a night in reading.

Proceeds from the campaign will be donated to RefugePoint, a nonprofit that identifies and supports “refugees who have fallen through the cracks of humanitarian assistance and have no other options for survival, in particular women, children, and urban refugees.” RefugePoint helps refugees resettle in countries such as Canada, Australia, and the United States and provides assistance with services such as healthcare, counseling, and business skills training.

In a press release put out by the campaign, co-founder Josie Lauritsen Lee says, “Hashtags for refugees are good. Resources for refugees are better. #Read4Refugees empowers everyday people to take on the refugee crisis from their own homes and contribute resources in a doable way.” On the date of writing, the campaign has raised $7,800 of their $100,000 goal. Authors supporting the campaign include Sherman Alexie, Junot Diaz, Emma Donoghue, Jodi Picoult, and Sabaa Tahir.

To take part, the founders are encouraging readers to donate what you would have spent on a night out, and instead, stay in, read a book, and post a selfie with the hashtag #Read4Refugees. For readers who want to turn this into a social event, the campaign suggests hosting a read-in at your place. Recommended activities include organizing a book swap, playing board games, tent building (for optimum comfort while reading), and having guests bring food for a potluck.

Interested in taking part? Place your donation and take a night of reading for yourself before the campaign ends on March 31, 2017.