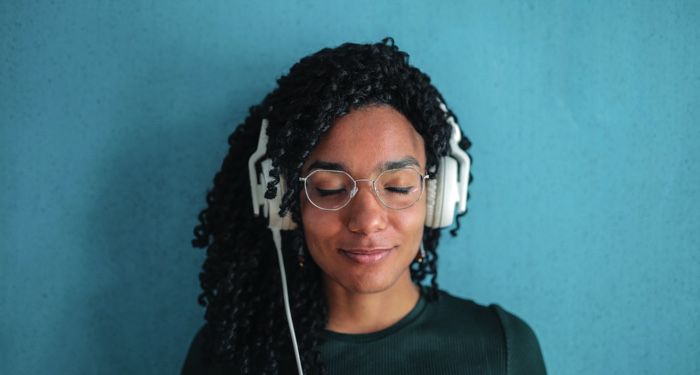 As talented as I think Amanda Gorman is, I don’t think her poem “The Hill We Climb” would’ve affected me so deeply if I had read it on the page as opposed to listen to her recitation during inauguration day (and in that amazing yellow Prada coat). Something about hearing a poet using her words to relay raw emotion was so powerful. Subtleties in language and the cadence of the syntax that would’ve been lost in print came to life so vividly.

The words are powerful in their own right on the page, but for me, this just goes to show that there’s no substitution for listening to our fellow humans. Why? It’s because the act of reading is characteristically done in isolation. However, the act of listening is done with company.

I’d like to say that I’m worldly enough to have read poetry collections by all of the greatest poets, dead and alive. And while I’m happy to say that I have read a respectable body of poetry over the years…I can’t say that I’ve fully understood everything I’ve read. Don’t get me wrong, I really do enjoy the rhythm of the words, the play of the words, and the double meaning of the words. But more times than not, poetry makes me scratch my head.

I’m a practical girl at heart and have a day job as a medical editor, which means that I’m used to words and punctuation marks that are relayed by conventional means. I know when to use a comma versus a semicolon as well as how to choose the accurate terms to describe various bodily processes, but poetry doesn’t care about these rules.

At its heart, poetry defies convention because it’s written by people who defy convention. I mean, Emily Dickinson’s penchant for dashes still makes me raise an eyebrow. But I digress.

Glancing down at the pages of a poetry collection, my medical editor mind is always finding things that are supposedly “wrong,” which hampers my enjoyment and blocks me from fully appreciating the poet’s meaning and/or intention.

So how can someone like me enjoy and fully appreciate poetry? I eventually learned to be okay with being lost in a poem, but that’s a different conversation.

Poems are deeply personal. True poets dig deep when writing them, to the point where the words themselves aren’t enough to convey the meaning. Many times, the cadence, the rhythm, and form of the words affects meaning. All of this is much better conveyed by hearing the poems read out loud rather in my head.

Don’t get me wrong, my head is capable of imagining everything from complex fantasy worlds and interstellar battles to university classrooms and mid-century living rooms, but poetry doesn’t evoke the same visuals as prose. Instead, for me poetry has always evoked emotions and memories, which are themselves reactions to those of the poet’s. It’s never really anything tangible my mind can conjure, unless a specific memory is triggered. Instead, I have to merely listen.

As such, I personally can only feel those emotions and evoke those memories when the person attempting to do so is reciting to me. Again, the magic of listening and feeling connected rather than isolated.

The magic of the spoken word versus the written word is that the former is much more forgiving. As soon as we put pen to paper, our minds immediately begin forming words around rules. But as soon as we begin to put words in our mouths, all we care about is relaying our thoughts and emotions. And sometimes, a pause is much more impactful than a strong verb. Sure, there are some social conventions when speaking or reciting, but at least there aren’t any semicolons.

Perhaps it also goes to the ancient roots of storytelling, when everything was recited orally for raptured audiences. Yes, we still tell prose stories out loud, but they’re almost always written to be read on page.

Poetry, on the other hand, is written to be read on the page and out loud. Something magical happens to a poem when it’s read out loud. Whether it’s the movement of the words or the hidden meaning that the pages covered up, poetry read out loud allows me to just sit back and enjoy.

Poetry on audio is a recital, so I get to hear the words as the poet intended. And it just all clicks so much better in my mind. While listening, I can shut off the practical part of my brain that’s used to editing the English language to fit convention and to just enjoy the language as it’s presented to me.

If you’d like to try some poetry on audio, try these must-listen audiobooks by poets of color or these poetry audiobooks from the last couple of years.