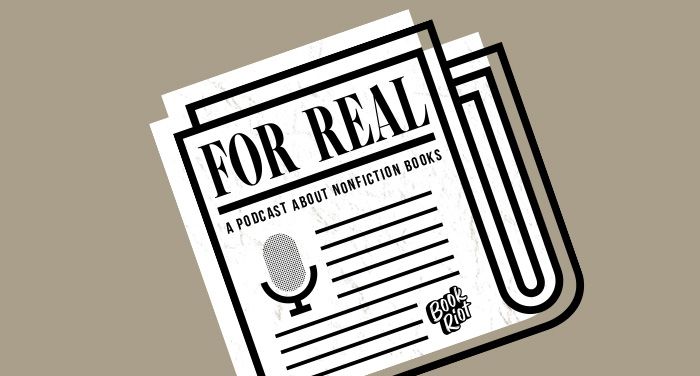 This week Alice and Kim talk about sister suffragettes, Scandinavian mysteries, and pirates.

This episode is sponsored by A Quick & Easy Guide to They Them Pronouns from Oni Press, In Good Hands by Stephanie MacKendrick from KCP Loft, and Lit Stitch: 25 Cross-Stitch Patterns for Book Lovers, made by Book Riot and Abrams.

For more nonfiction recommendations, sign up for our True Story newsletter, edited by Alice Burton.

Becoming is a Netflix documentary! [VIDEO]

History
Winner: “Sweet Taste of Liberty: A True Story of Slavery and Restitution in America,” by W. Caleb McDaniel
Biography
Winner: “Sontag: Her Life and Work,” by Benjamin Moser
General Nonfiction
Winner: “The End of the Myth: From the Frontier to the Border Wall in the Mind of America,” by Greg Grandin
Winner: “The Undying: Pain, Vulnerability, Mortality, Medicine, Art, Time, Dreams, Data, Exhaustion, Cancer, and Care,” by Anne Boyer

USA Today: “New book to tell Harry and Meghan’s ‘real’ story (and defend them from critics)”

Scandinavian Noir: In Pursuit of a Mystery by Wendy Lesser

Enemy of All Mankind: A True Story of Piracy, Power, and History’s First Global Manhunt by Steven Johnson

Biography of Resistance: The Epic Battle Between People and Pathogens by Muhammad H. Zaman

Together: The Healing Power of Human Connection in a Sometimes Lonely World by Vivek H Murthy M.D.

Votes for Women!: American Suffragists and the Battle for the Ballot by Winifred Conkling

The Woman’s Hour: The Great Fight to Win the Vote by Elaine F. Weiss

You can find us on SOCIAL MEDIA – @itsalicetime and @kimthedork
RATE AND REVIEW on Apple Podcasts so people can find us more easily, and subscribe so you can get our new episodes the minute they come out.