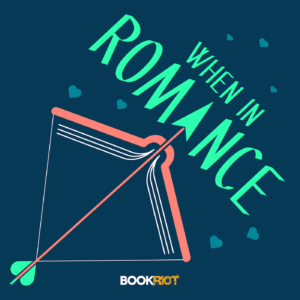 Jess and Trisha offer some thoughts and updates on #cockygate; react to the news that the Romantic Times publication, convention, and awards are coming to an end; and talk about what books we’ve picked up at RT 2018 have us excited.

This episode is sponsored by Everywhere You Want to Be by Christina June and Chemistry Lessons by Meredith Goldstein.

Plus! Book Riot is giving away a $500 gift card to the bookstore of your choice! Go to bookriot.com/bookstore500 to enter.

For a rundown on the #cockygate scandal (from the early days), see Courtney Milan on Twitter.

As mentioned, RWA was on it.

The whole situation has inspired creative retitling (The Cockiest Cowboy to Have Ever Cocked by Jamila Jasper), ended writer’s block (His Cocky Valet by Cole McCade), and spurred in impressive fund-raising effort (Cocktales: The Cocky Collective by a whole bunch of people).

…But Book Lovers Con could be stepping up to fill the gap. (Also an update: after we recorded, more authors – including K.M. Jackson and Sonali Dev! – were added to the slate of those attending the convention. Watch for updates to see who else will attend.)

I Am Justice by Diana Muñoz Stewart

Have You Met Nora? by Nicole Blades