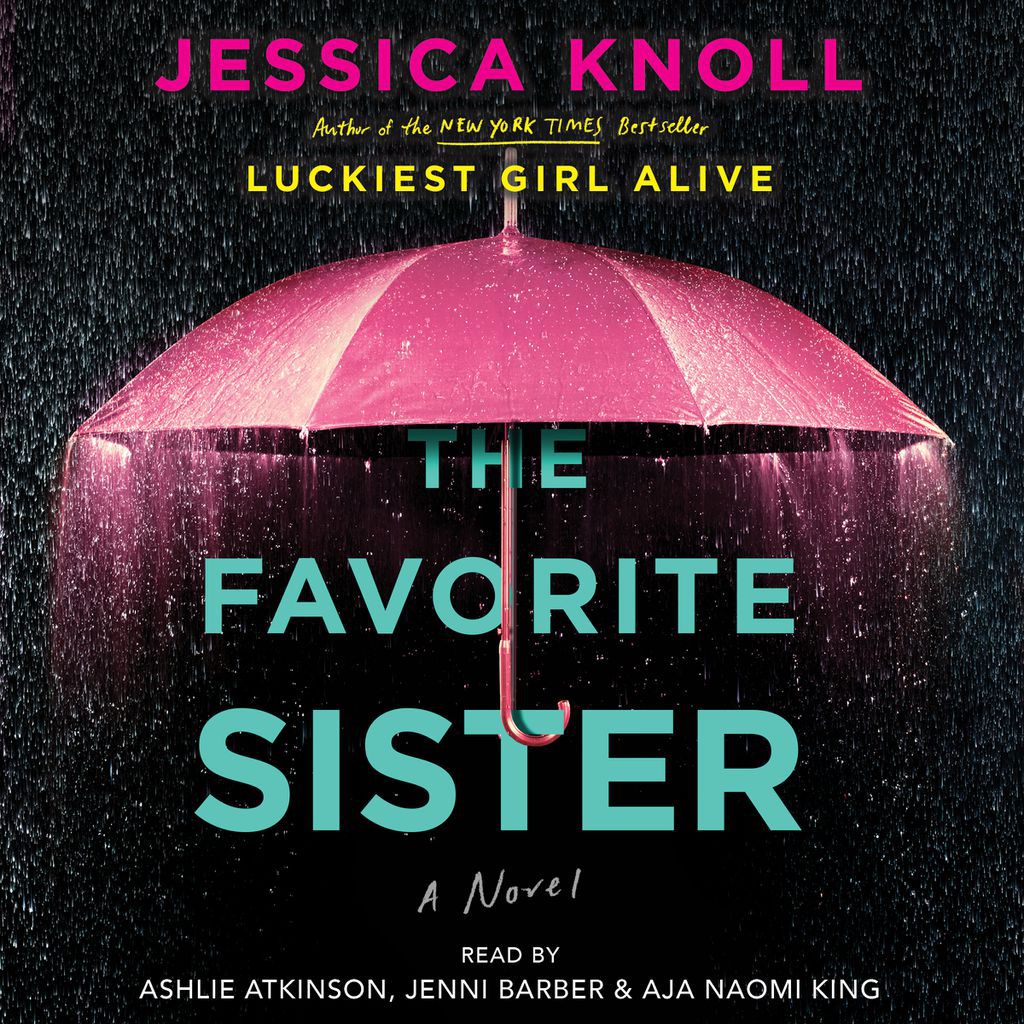 Jessica Knoll’s Luckiest Girl Alive was one of the bestselling books of 2015, and we’re thrilled to debut three excerpts from the audiobook version of her latest, The Favorite Sister. Each excerpt is from a different narrator—Aja Naomi King from How to Get Away with Murder, Ashlie Atkinson, and Jenni Barber. Take a look at the synopsis below, and then have a listen!

From Jessica Knoll—author of Luckiest Girl Alive, the instant New York Times bestseller and the bestselling debut novel of 2015—comes a blisteringly paced thriller starring two sisters who join the cast of a reality TV series. One won’t make it out alive. So…who did it?

When five hyper-successful women agree to appear on a reality series set in New York City called Goal Diggers, the producers never expect the season will end in murder…

Brett’s the fan favorite. Tattooed and only twenty-seven, the meteoric success of her spin studio—and her recent engagement to her girlfriend—has made her the object of jealousy and vitriol from her cast mates.

Kelly, Brett’s older sister and business partner, is the most recent recruit, dismissed as a hanger-on by veteran cast. The golden child growing up, she defers to Brett now—a role which requires her to protect their shocking secret.

The Favorite Sister explores the invisible barriers that prevent women from rising up the ranks in today’s America—and offers a scathing take on the oft-lionized bonds of sisterhood, and the relentless pressure to stay young, relevant, and salable.