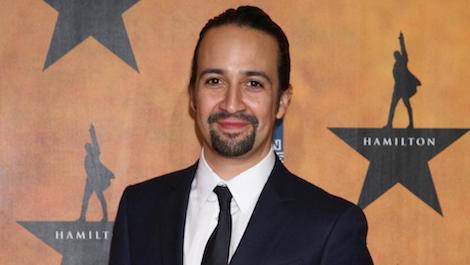 Lionsgate announced today that Lin-Manuel Miranda will be working as a creative producer for the feature film and television adaptation of The Kingkiller Chronicle series by Patrick Rothfuss. He also has an option for potential future stage productions.

The current plan is for both the television and film adaptation to develop together, with the first film script to be based on the first book, The Name of the Wind, while the television series would take place in the same world, but expanding upon the story with new characters and storylines. (Similar to how Marvel is currently handling their movies and television shows.)

The Name of the Wind follows the extremely gifted wizard Kvothe as he tells the story of his early life, growing up in a traveling troupe, living as an orphan, and then entering a prestigious magic university until he becomes a fugitive.

The Name of the Wind and The Wise Man’s Fear are both long, epic fantasy stories so adapting them to film means that a lot of the great details and characters about the world are definitely going to get left out. However, the simultaneous television adaptation can provide us fans with an opportunity to explore characters and storylines that we love in the book that we otherwise might not have seen.

Lin-Manuel Miranda, who is best well-known for writing and starring in the hit musical Hamilton, is also in charge of writing the music for the adaptations. Knowing that Lin-Manuel Miranda is in charge of Kvothe’s bard songs may just be the best possible scenario that I never knew I wanted. There is no official date set on the release of the adaptations, but I’m willing to wait for it.