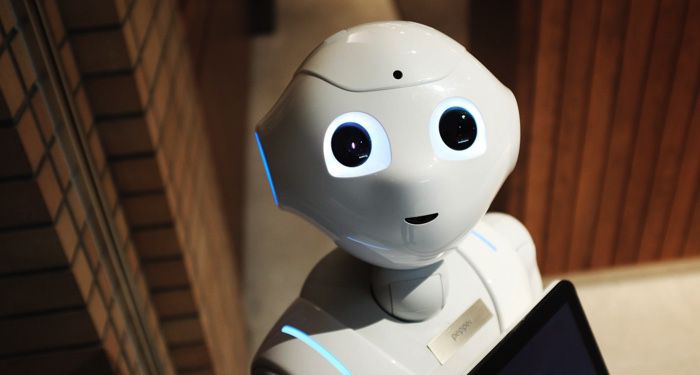 Science fiction and fantasy may be out of this world (literally!), but they have a lot to teach us if we’re willing to listen. In fact, many people have argued that science fiction tends to operate as a cautionary genre.

For example, Hugo Gernsback is often credited with establishing modern-day science fiction in the publishing industry. In the introduction to the first issue of the sf magazine Amazing Stories in 1926, Gernsback famously wrote that writers in this genre “have the knack of imparting knowledge, and even inspiration, without once making us aware that we are being taught.”

I would argue that this is true not only of science fiction, but also of fantasy and other speculative genres. Interestingly, these genres also tend to be touted as escapist tales that have nothing to do with the real world. Despite that, they certainly have an awful lot of knowledge and inspiration to impart.

To that end, Gernsback’s words beg the question, what exactly are these writers teaching us? Obviously there’s no one answer to that question. With that in mind, here are ten life lessons from classic and contemporary science fiction and fantasy books to pay attention to.

One of the most common tropes in SFF is the tyrannical government that surveils the crap out of the populous in order to maintain power. And you can’t talk about a surveillance state without talking about George Orwell’s 1984. I mean, it’s the book that gave us Big Brother (and I’m not talking about the reality TV show). If you take only one lesson away from 1984 it’s going to be something along the lines of: don’t give up your civil liberties, especially where government surveillance is concerned. Orwell’s point was far more sophisticated, of course, touching on everything from independent thought to censorship (and more). 1984 had so much to say that countless works of sci-fi and fantasy have engaged with what we now refer to as these “Orwellian” elements. Regardless, the message (echoed in countless other works) about surveillance is clear: surrender your civil liberties and you surrender your freedom.

Lesson #2: Don’t put all of your eggs in one (corporate) basket.

Whether it’s DC Comics’ LexCorp or Dune’s CHOAM, the equation goes something like this: power + profit = danger. This is a common theme in science fiction and fantasy. Dave Eggers’s chronically overlooked novel The Circle is pretty poignant in our current moment. (Yes, I know they made a movie based on this book. No, I haven’t seen it; the book is always better.) The Circle follows Mae Holland as she starts a new job at a company called The Circle. The more she learns about the company, the more she realizes how far-reaching their power is. Ultimately, Eggers’s novel raises timely questions about privacy in the digital age. One thing we’re never allowed to forget in this book is that The Circle, for all its self-aggrandizing claims about access and equality and compassion, is a corporation. A huge corporation. Its profits feed its power, its power leads to more profits. So the cycle goes, squashing all dissidents in the process. Unfortunately, this should sound familiar in our day and age. Learn from SFF: don’t hand control over to the the corporate machine.

So much of science fiction and fantasy is concerned with power imbalances: totalitarian regimes, wealth gaps, science gone wild — you get the picture. (Warning: plot spoilers ahead.) But Naomi Alderman’s novel The Power is a powerful portrayal of the idea that power corrupts. What begins as an exhilarating (for this reader) premise that sees oppressed women across the globe shed their fear of sexual violence — from domestic abuse to murder — ends in a flipped-script kind of reality. In The Power, instead of a more egalitarian (or at least less imbalanced) world we get the same power dynamics with different perpetrators. As Sophie Gilbert points out: “The abuse of power is integral to society, Alderman argues, no matter who’s wielding it.” This is the lesson from SFF, then: power corrupts, and somebody is always in power.

Lesson #4: Embrace your power (and use it for good).

On the other end of the spectrum, a lot of science fiction and fantasy follows characters who are on the losing end of the power dynamic. They might be living in poverty, being exploited in some way, or simply subject to tyrannical overlords. N.K. Jemisin’s award-winning Broken Earth trilogy is one of the most compelling examples of how SFF teaches about embracing your own power. Jemisin has talked about how the series was her way of processing systemic racism in a variety of ways. The interesting result of that is the way the characters in this series slowly come to understand and tap into their own power as they fight against the systems of oppression keeping them down. Over the course of the three books, Jemisin’s characters demonstrate the power of knowing your worth and rising up against those who would exploit you and keep you down. When it comes to the disempowered in SFF, the message is pretty consistent: lean into your power and wield it responsibly (as in, take down those corrupt overlords).

We live in the so-called digital age where technology is embedded in every facet of our lives. Whether it’s about a lost art, vengeful artificial intelligence, or totalitarian control made possible through tech over-reliance, SFF — especially sci-fi — is always cautioning us about this one. Daniel H. Wilson’s novel Robopocalypse is downright terrifying in its imagining of how our technology might well destroy us if we let it. As the title implies, Robopocalypse is about the robot apocalypse. It’s an Asimovian exploration of the absolute worst-case scenario of our tech-induced doom. If The Circle didn’t frighten you with its relatively realistic portrayal of what can happen when you hand over your private information to Big Tech, Robopocalypse will have you unplugging your devices at night because the picture it paints about what happens when we willingly embed sophisticated technology in our daily lives is a horrific one. The takeaway: control your tech or it’ll control you.

Lesson #6: Technological advances should be for everyone.

So much science fiction relies on theorizing about technological developments that haven’t happened yet. At the same time, so much SFF is concerned with access. Who can (or can’t) use the new technologies, and who is profiting (in money or power) from the imbalance? Ernest Cline’s Ready Player One is a compelling example of the importance of access. Teenager Wade Watts lives in poverty, but the virtual reality (VR) equipment supplied by his school leads to a dangerous journey that sees Wade not only escape his impoverished situation, but also take down one of the most evil corporations (see Lesson #2) out there. What makes that corporation so evil? They’re trying to bogart all the VR tech for high-paying customers (among other dastardly schemes). Not only does Wade take them down in a super-satisfying conclusion, but he also makes a couple of lifelong friendships in the process. Technology: it’s supposed to be for everyone.

How many times do science fiction and fantasy works begin with a protagonist who lives in a reality where everything seems fine (sometimes, better than fine) but doesn’t quite feel right? There are countless examples of the dangers of blindly following the rules, especially when it comes to mindless conformity. Lois Lowry’s The Giver is a strong example of a book that emphasizes the importance of asking questions about the way things have “always” been done. Take Jonas in The Giver. He has been assigned to receive his community’s memories but ultimately discovers the sinister realities of sameness (spoiler alert: non-conformers are executed, not “released” as publicly understood). Does he continue with his elevated role in the community, accepting its criminal treatment of outliers? Nope. Of course not. He takes action, even though it costs him dearly. The message: questioning the way things are is important, and righting wrongs when you discover them is even more important.

Lesson #8: Knowledge is power, so educate yourself (and others).

In the case of Lesson #7, uncovering the truth is crucial. But with Lesson #8, it’s about arming yourself against what’s out there. That could be an army of heavily armed androids or simply the elements in a post apocalyptic world. Either way, the takeaway is the same: knowing what’s out there and how to survive it will help you live to fight another day. Octavia Butler’s Parable of the Sower illustrates this in droves. The young protagonist, a girl named Lauren who suffers from hyperempathy, acknowledges the inevitable intrusion of the world’s dangers upon her insular community. She may be young, but she’s wise — she doesn’t just passively wait for the danger to land on her doorstep. Nope, not Lauren. Instead, she reads, teaches herself important survival skills, assembles an emergency pack, and practices shooting. Throughout the novel, she imparts her knowledge to anyone who will listen. She demonstrates the importance of educating oneself, and of sharing one’s knowledge with the community.

Lesson #9: The future is inherently tied to the past.

It strikes me that the imagined futures and alternate realities of science fiction and fantasy are inescapably tied to the past. (Interestingly, that past is often our own current reality. But that’s a thought for another day.) Regardless of whether it’s a past grounded in our reality or a fabricated past, the past haunts the future. This is especially true of dystopian or otherwise unpleasant worlds. In Suzanne Collins’s series The Underland Chronicles, young Gregor is introduced to the Underland and its creatures without any context. He doesn’t know anything about the prophecy made about him that endangered his family, the political dynamics between the Underland’s creatures, or how the Underland came to be. This puts him at a great disadvantage as he tries first to retrieve his lost sister and father, and later to save the Underlanders he has grown to love. His gradual understanding of the past is what allows him to be an effective hero. After all, if you don’t know how things came to be the way they are, how can you ever hope to progress?

Lesson #10: We are stronger together.

Lesson #10 is a biggie. This one is everywhere in science fiction and fantasy. Whether it’s the interspecies fellowship in Tolkien’s Lord of the Rings books or the comedic group of misfits in Douglas Adams’s The Hitchhiker’s Guide to the Galaxy series, working together is perhaps the biggest lesson SFF has to teach us. That stirring moment where warring factions, different species, or scattered loners band together to take down the Big Evil is so prevalent that I’m not even going to try to narrow it down to a single story. Suffice it to say that division divides, and unity unifies…and a divided community doesn’t stand a chance against the baddies. Work together, people. It’s that simple.

Want to go out and read some great science fiction and fantasy? Sign up for the SFF Yeah! podcast or check out these resources to get you started:

Future Shocks: 10 Sci-Fi Thrillers to Get Your Pulse Racing

The Cold Equation of Science Fiction