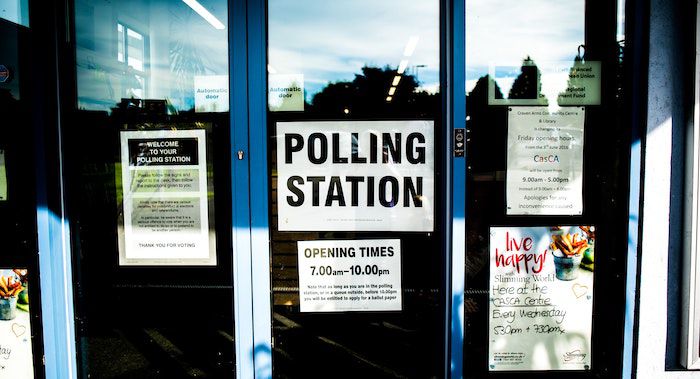 Vandalization to public property, including libraries, sees an uptick during times of social unrest and protest. In 2017 and 2018, a rash of vandals damaged library books and spaces with swastikas as a means of intimidating Jewish patrons. Now, on the precipice of one of the most consequential American elections, vandals have turned to voter intimidation in their crimes.

Outside the Boston Public Library in Boston, Massachusetts, vandals set fire to an official ballot box on Sunday, October 25. Roughly 35 of the 122 ballots inside were damaged. Officials said between five and ten of the ballots were completely lost. A quick arrest was made, with prosecutors noting that the individual in custody has a history of arson and that this particular incident was not related to voter intimidation. Regardless of intent, it was the second ballot box fire in Boston, and it left voters unsure in the security and safety of their vote being counted and received.

The voter box fire in Boston was not the only arson outside a library on Sunday night. In Baldwin Park, California, in the Los Angeles area, about 100 ballots were impacted when an individual dropped a flaming newspaper inside an official ballot box in front of a library.

“The arson of an official ballot drop box by the Baldwin Park Library in the First District has all the signs of an attempt to disenfranchise voters and call into question the security of our elections,” said Hilda L. Solis, Los Angeles County Supervisor. “Tampering, or attempts to tamper, with our democracy will not be tolerated.”

As of this writing, no arrest has been made.

Official ballot boxes at libraries haven’t been the only targets of voter-related vandalism. The downtown Austin Public Library in Austin, Texas, was covered in red paint on Monday, October 26. The side of the building impacted by the graffiti is where early voting is located, though early voting was not impacted.

The graffiti featured anti-voting sentiments, but neither the library nor local news have confirmed what the messages were. Vandals were caught on surveillance camera, but according to local news, the suspects have not yet been named. Some locals believe this incident may be related to the group responsible for political graffiti at Austin City Hall and other areas through the city earlier this year.

Austin Public Library’s downtown building opened Monday morning as usual, proceeding with early voting. Tarp and cardboard were put up to cover the red paint prior to the facility’s doors being unlocked.

Though the incidents are likely not related, what ties them together is the message sent to voters: their right to cast a ballot is not safe, even in official public spaces like libraries, which guarantee privacy and maintain positive public perception. Public officials in the cities where these crimes happened have assured voters that those impacted directly by ballot damage will be issued new ballots and that damage won’t stop the election nor hinder the right to cast a vote. Property can be fixed and replaced.

It’s incidents like these which remind voters why their role in democracy is essential. Despite the real attempts to thwart access to the polls or ballot boxes, as well as to intimidate the public, the reality is this election is drawing voters out in record numbers and will continue to do so until the end of the day on Tuesday.