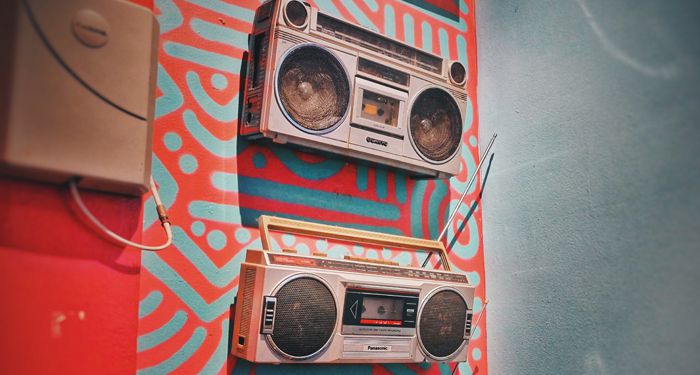 “The Library of Congress, led by current ‘innovator in residence’ Brian Foo, is launching an open-source hip-hop sample tool called Citizen DJ. A preview is currently available, and the full service will launch this summer.

Users will have access to a massive audio collection that dates back over a hundred years, almost to the invention of the phonograph. According to the L.O.C., there will be three ways to access these sound files: an interface for searching by sound and metadata; a simple music-creation app that easily allows the collection to be remixed with hip-hop beats; and various ‘sample packs’ full of thousands of clips from particular collections.”

“A well-meaning cleaner who took the opportunity to give a locked-down library a thorough clean re-shelved all of its books – in size order.

Staff at Newmarket Library, Suffolk, discovered the sloping tomes after the building underwent a deep clean.

James Powell, of Suffolk Libraries, said staff ‘saw the funny side’ but it would take a ‘bit of time’ to correct.

‘It looks like libraries will be closed for a while so we’ll have plenty of time to sort the books out’, he said.

‘The cleaner is lovely and does a great job in the library. It was an honest mistake and just one of those things so we would never want her to feel bad about it,’ he added.”

Counterpoint: Give them a raise because books should be shelved by size—or color!

“In a potential landmark ruling, the U.S. Sixth Circuit Court of Appeals held this week that access to a basic minimum education ‘that can plausibly impart literacy’ is a fundamental, Constitutionally protected right.

In a 2-1 ruling released on April 23, the court held that basic literacy is ‘implicit in the concept of ordered liberty,’ and central to ‘the basic exercise of other fundamental rights,’ including political participation.”