Library of America (LOA) is a nonprofit publisher whose goal is “to curate and publish authoritative new editions of America’s best and most significant writing, including acknowledged classics, neglected masterpieces, and historically important documents and texts.” It is a great honor and distinction when LOA collects an author’s best work to reprint in their distinctive black jacketed editions. The LOA Series just past its 300th volume after 35 years. 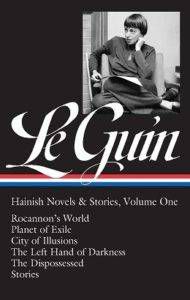 (LOA did publish American Science Fiction: Nine Classic Novels of the 1950s, but their colorful covers set them apart from the standard LOA series.)

When the above books were originally published, science fiction was scorned by the literary establishment as hack work for an adolescent sub-culture. Even today it gets only begrudging respect. Some of these LOA reprinted novels by Dick, Vonnegut, and Le Guin had first editions as cheap original paperbacks in the 1950s and 1960s. Library of America recognition is significant, even a blessing to the authors, and the genre.

When Ursula K. Le Guin first appeared on the science fiction scene, she made an impact, not because she was a woman, but because her stories were literary, innovative, and philosophical. Le Guin was associated with a cohort of Young Turks that defined science fiction in the 1960s, including Samuel R. Delany, Roger Zelazny, J. G. Ballard, and Harlan Ellison. These new writers took science fiction very seriously. They and other New Wave writers worked to change how science fiction was written, expanding its subject matter, and moving the genre away from its pulp heritage. Le Guin and those other young writers caused a paradigm shift in the genre. LOA now validates her pioneering efforts.

Library of America first recognized Ursula K. Le Guin last September when they published The Complete Orsinia stories in one volume. These are tales about an imaginary European country that are not science fiction. 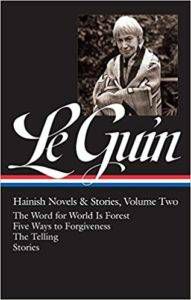 This September LOA will publish two volumes of her Hainish Cycle, Le Guin’s most famous science fiction novels and stories. Hainish Novels and Stories, Volume One includes Rocannon’s World (1966), Planet of Exile (1966), City of Illusions (1967), The Left Hand of Darkness (1969) and The Dispossessed (1974). Hainish Novels & Stories, Volume Two include The Word for World is Forest (1976), Five Ways to Forgiveness (1995), The Telling (2000), and stories.

The covers below are how I remember Le Guin’s books as I discovered them in high school. Ace Doubles was a low paying market that gave many now famous science fiction writers their break in book publishing. The elegant black and white LOA editions are a far cry from these old colorful paperbacks. I wonder if Ursula K. Le Guin imagined back then a future of literary acceptance — or was that too much of a fantasy even to be science fiction? 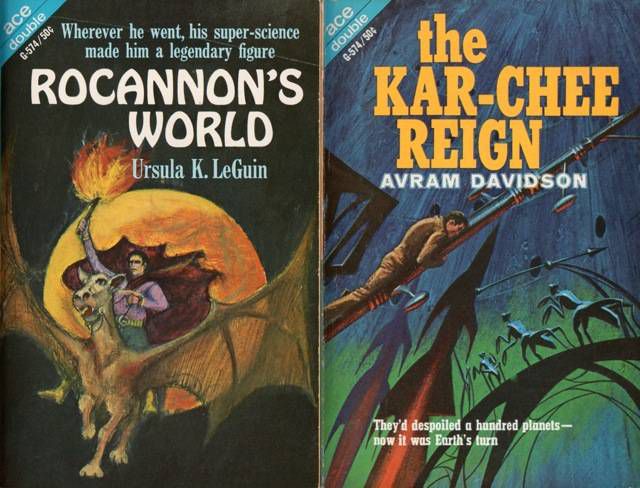 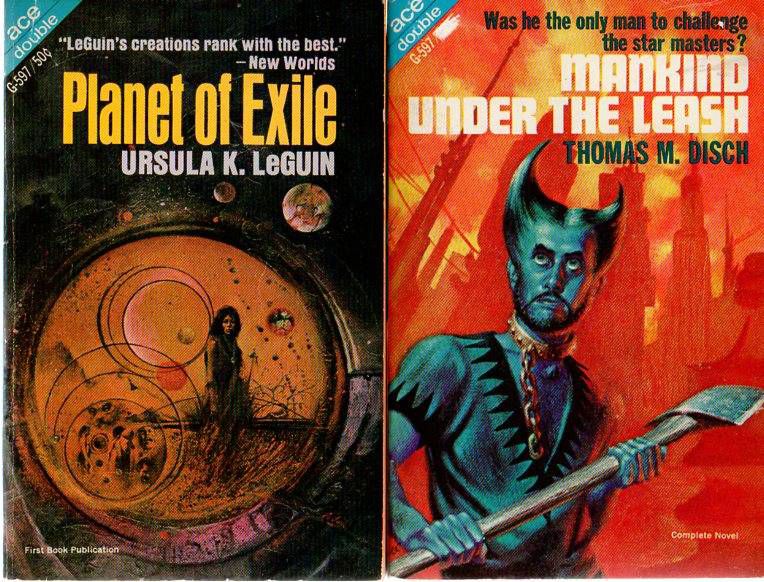 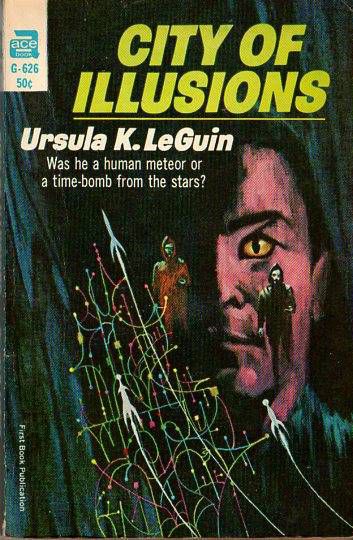