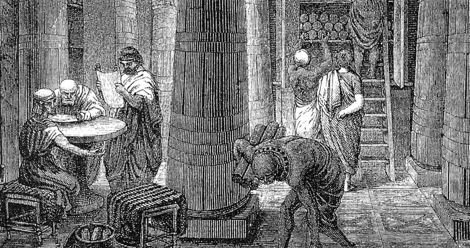 In 334 BCE, Alexander the Great set out to conquer the world. On his conquests, Alexander brought with him historians and geographers to document and spread the word about the different societies and cultures they encountered as they fought their way from Macedonia and Greece in the west to India in the east. 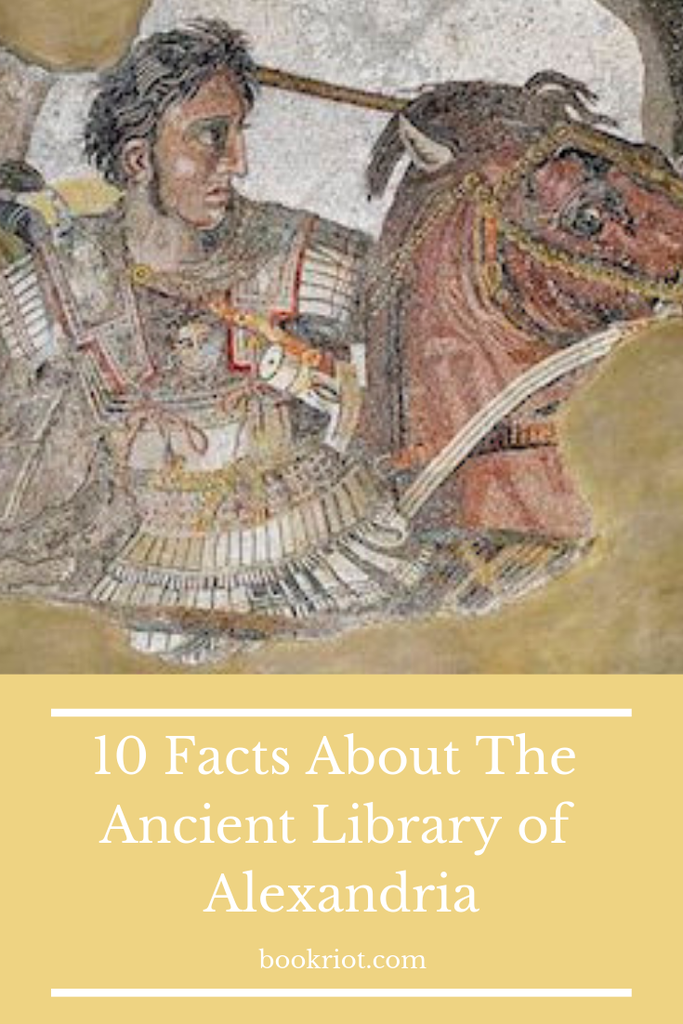 After his untimely death in 323 BCE, Alexander’s conquests helped usher in a new era in Ancient history named Hellenism. Hellenism is the result of Greek-Macedonian culture blending with the societies of North Africa, the Middle East, Central Asia, and India. It is defined by vibrant artistic expressions, expanded philosophical horizons, and a constant search for new knowledge. No other institution illustrates the spirit of Hellenism better than the ancient library of Alexandria, Egypt.

Here are 10 things you need to know about the ancient library of Alexandria.

1) The ancient library of Alexandria was founded by Demetrius of Phaleon, an Athenian politician who fell from power and fled to Egypt. There, he found refuge at the royal court of King Ptolemy I Soter, who ruled Egypt between 323 and 285 BCE. Impressed by the extensive knowledge and deep learning of Demetrius, Ptolemy assigned him the task of creating a library.

2) The ancient library of Alexandria was part of an institution of higher learning known as the Alexandrian Museum. The library was intended as a resource for the scholars who did research at the Museum.

3) The books at the library were divided into the following subjects: rhetoric, law, epic, tragedy, comedy, lyric poetry, history, medicine, mathematics, natural science, and miscellaneous. The library is believed to have housed between 200,000 and 700,000 books, divided between two library branches.

4) Book were acquired for the library through purchases at Athens and Rhodes, the two main book markets in the Ancient Mediterranean; through copying; and through confiscation.

5) One category of acquired books was called “from the ships.” Whenever a ship arrived at the harbor in Alexandria, government officials went aboard, searching for books. They brought the books they found to the library for inspection. These books were either returned immediately, or confiscated and replaced with a copy made by the library scribes. 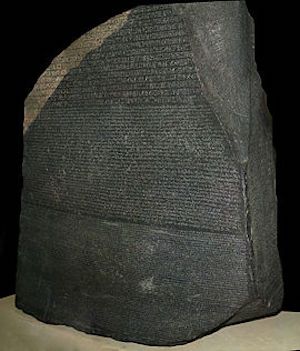 6) Books at the ancient library of Alexandria were mainly written in two languages—Greek and Egyptian, a now extinct Afro-Asian language. It is believed that the entire literary corpus of Ancient Greece was kept at the library, together with works by Aristotle, Sophocles, and Euripides, among others. The Egyptian books were books about the traditions and history of Ancient Egypt.

7) Scholars working at the Alexandrian Museum used the library to create the categorization of Ancient Egypt’s history into 30 dynasties, which is still used today when we study ancient history, as well as the first translation of the Hebrew Bible, known as the Septuagint. To this day, the Septuagint remains a crucial text in critical Bible studies.

8) The ancient library of Alexandria was destroyed on two different occasions. The original library branch was located at the royal palace at Alexandria, near the harbor. When Julius Caesar intervened in the civil war between Cleopatra and Ptolemy XIII, Caesar set fire to the ships in the harbor. It is believed that this fire spread to the library and completely destroyed it. 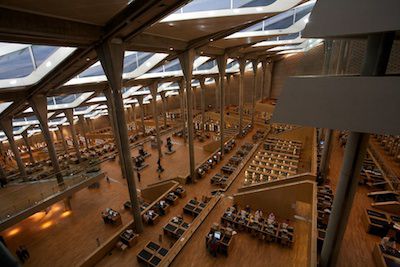 If you wish to read more about the ancient library of Alexandria, check out these Book Riot posts:

Get Ready to Visit 15 of the Oldest Libraries in the World.

Where We All Cry About the Library of Alexandria.