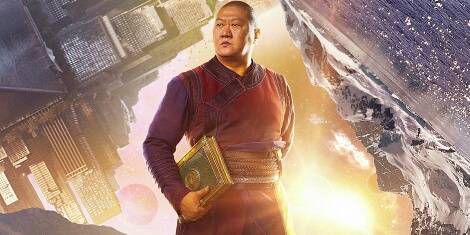 Benedict Wong as Wong the Librarian in Doctor Strange

(Spoiler alert: this article will discuss scenes revolving around a certain setting in the Doctor Strange movie, and will spoil some elements of the plot as a result. You have been warned.)

Wong, played by Benedict Wong, appears to run a tight library ship in Doctor Strange. He’s no-nonsense, not letting out so much as a smirk during Stephen Strange’s awkward attempts at rapport. He dedicates his life to protecting the collections and headquarters of the Sorcerer Supreme, and does not hold back criticism of Strange when comes into power. Wong is a man of abiding authority, mutual respect, and benevolent guidance, traits that make him an ideal librarian. Compared to his stereotypical manservant role in Marvel’s comics, the movie version is a huge upgrade.

Like many librarians, he reached his professional perch after the departure of the last person, creating a domino effect of promotion. However, not many ordinary librarians can say they were “domino effect-ed” into place by their predecessor’s beheading.

What are the apparent and likely policies of the Kamar-Taj library in Kathmandu, Nepal? Here are some guesses from a fellow librarian:

What did you think of Wong and the library? What other rules do you think are in place there? Is it better or worse than the Hogwarts library? Let us know in the comments.