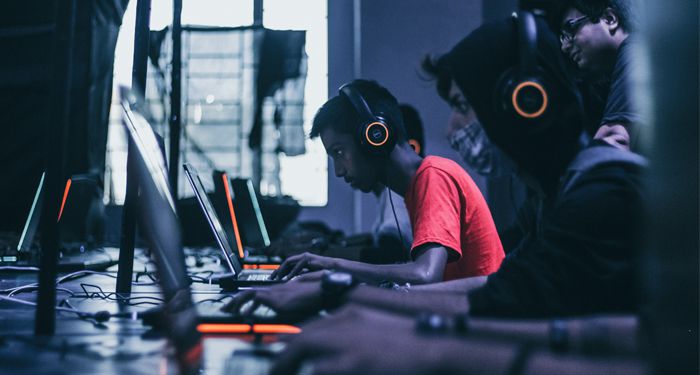 Critical Linking, a daily roundup of the most interesting bookish links from around the web is sponsored by Book Riot’s round-up of our favorite books of the year so far!

“Many countries censor blogs, newspapers and websites that run counter to their ruling regimes’ views and laws – but those same regimes don’t block Minecraft. Reporters without Borders contracted Blockworks – a company that builds custom experiences inside the game – to build a library full of virtual books, filled with the same banned writing.

Launched today, the library currently contains 200 books, with more to be added as time goes on, including articles by censored, jailed, and even murdered journalists. Space has also been left on the map to add more sections to the library.”

“Are we all doomed?
No, because as a teacher of the future generation I can tell you that they have this planet-saving thing all sketched out. But does that include saving us, the people who messed things up? Probably not.”

“All of these characters live in fictional worlds where magic and superheroes exist. Millie is part of a family whose job is to control the weather of the United States; her mom is Mother Nature. Gordon is a superhero in the DC Comics universe who has gone by the names Batgirl and Oracle throughout her history. Brekker lives in a world where Grisha, humans who practice magic known as the Small Science, are both revered and feared. These three characters all have disabilities and don’t experience tropes common to disabled characters in fantasy settings, and the authors who wrote these stories are all disabled. Historically, at least in Western fairy tales and their modern counterparts, disability isn’t treated kindly.”