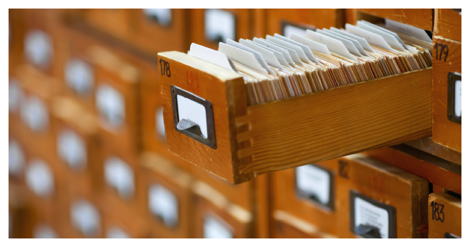 Things that I cannot seem to do: dismount a bicycle gracefully. Whistle. Jump rope. Understand the popularity of Nicholas Sparks. Return library books on time.

….That last admission hurts a little. I’m a former librarian; I know that late books aren’t a sin that you can just erase by paying the fines. People could legitimately be waiting on my titles. Other readers could be suffering from the deprivation. It’s selfish to hold on to the books past their two-week checkout period, particularly if–let’s add to that list—it’s not like I can seem to make myself read them, either.

I checked out travel guides for an upcoming trip to Asia a month ago. They were due over a week ago. They’ve been on my counter since I brought them home. I’ll order AAA guides to fill my (actual) need. I would bet anything that I’ll never even crack these borrowed books.

Things I cannot seem to do: figure out why I check out library books anyway, knowing my habits. I can argue circulation, but that seems weak. I could probably support the local system better by being active when local policies that impact the libraries come up for votes. Or via donations. Or even via dragging my tush in to the building to make use of the resources available there—because when I’m in the building, I do make use.

It’s just taking books that aren’t mine home that presents the problem.

They’re here, and suddenly without allure. I mentally allow the fines to accrue. I move through other books instead.

I am a borrowing fiend.

I want to reform, though—and have brainstormed means of it. Don’t let myself read anything else until the library books are done! (But other books don’t really feel malfeasant, so I let myself cheat.) Don’t let myself read anything else until the overdue books are returned! (See excuse above.) Consider the fees that are gathering, and take said money out of my coffee budget! (But would I even have the energy to get in the car and return the books WITHOUT caffeine?) Shame! (We’ll see how this works.)

Zip. Nada. Nothing. Not a page farther in.

Somewhere in my town there’s a person who’s desperately waiting to learn about places to sleep in a Chinese province, and only this copy of the Lonely Planet travel guide has the ideal answer. I’m not using it!—I could return the book tomorrow and end her suspense.

…Yeah, not even that scenario worked. There’s a 50/50 chance that I’ll forget to grab the stack on my way out to the car tomorrow. Another day, another 20 cents.

I am the nightmare other patrons have—worse than every borrower who’s ever placed a used cupcake wrapper between pages; worse than that guy who won’t stop hacking in the stacks.

I am an errant borrower. Is there any hope of change?