This content contains affiliate links. When you buy through these links, we may earn an affiliate commission.
OverDrive 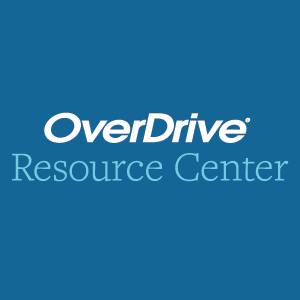 Who are the librarians of Jeopardy!? No, seriously, who are they? For many book lovers out there including myself, librarians are our heroes. They’re often the first ones who got us into reading or introduced us to our favorite novels of the past. They are full of suggestions and a calm, quiet kindness I still find soothing even now.

They’re a wealth of knowledge, too! I feel like I could ask them about anything and they’d have a fun fact or a book suggestion or, at the very least, would know precisely where to start looking. I’m always impressed by their research and recall abilities about so many different topics. I’ve talked to my librarians all through school about research papers and assignments and, sometimes, things I was just curious about and I was always met with kindness and excitement, no matter the topic.

It’s no wonder these literary hometown heroes find success on Jeopardy!, yet another obsession for many of us reading-obsessed people. The trivia game has been a staple in my evenings my whole life through Tournaments of Champions, the National College Championship, and the daily episodes. Librarians, because of their generalist knowledge and voracious reading appetite, are rockstars at Jeopardy!

Here are a few librarians on Jeopardy! who prove just how smart our library legends are!

Ben Almoite appeared in season 32 of Jeopardy! on January 14, 2016. The government and law librarian from Richmond, Virginia, was in the lead going into the Double Jeopardy! round but wound up missing the Final Jeopardy! question about Journey to the Center of the Earth, bumping him down to 0. In an interview with American Libraries Magazine, Almoite said he could only smile when he got the answer wrong because he did his best just being on the show. Almoite was in good company; none of the contestants got the final question right!

Susan Cole, legislative librarian from Maryland, is probably best known from a clip of the show that went viral. In it, Alex Trebek replied to her anecdote about “nerdcore hip hop” with a quip about them being “losers.” The quip didn’t impede her game as Cole appeared on four episodes in 2016, racking up $67,800. The internet rallied around Cole, too, defending her nerdcore hip hop tastes, with many pointing out it’s the nerds who keep the show running at all. Cole is a testament to letting your nerd flag fly!

Amy Schneider, who had the second-longest win streak ever on Jeopardy!, was dethroned by librarian Rhone Talsma earlier this year. Working the reference desk at the Chicago Ridge Public Library, Talsma’s neon glasses and quick buzzer along with an interest in geography helped him defeat the standing champion. He credits some of his buzzer skills to video games and behind-the-scenes LED lights on set. Talsma’s run spanned two games, totaling $29,600, pointing to the “kitchen-sink” aspect of public librarianship for part of his success.

Yet another Illinois-based librarian to defeat the reigning champion of the time, Boettcher defeated James Holzhauer in the midst of his 32-game run where he racked up $2 million and was second in the ranking for winnings. Boettcher, the University of Chicago librarian, won three games and tied for the highest-winning female contestant in a single game. She returned to Jeopardy! for the 2019 Tournament of Champions where she faced Holzhauer again, that time the win going his way. Fun fact: Boettcher actually wrote her master’s thesis on deep learning and Jeopardy! before she wound up on the show!

Portland reference librarian, Veronica Vichit-Vadakan was on five episodes of Jeopardy! in 2020, racking up $90,000 in prize money. She returned for the 2021 Tournament of Champions where she made it to the finals, earning another $50,000. She cited the unexpected nature of questions she got as a librarian for part of her success, saying it’s the “ideal job” to get on Jeopardy! and to be successful at it too. Her anecdotes about mushroom foraging, foster kittens, and a love of pie endeared the public to her during her time on screen.

Buzzfeed called Margaret Miles, librarian from North Carolina, the best contestant ever after her two-game streak earning $40,100. When Trebek asked her what she did for fun, her response of “knit” and “pet my cats,” acknowledging how “hopelessly stereotypical” she is earned her a Buzzfeed title of most adorable librarian to ever grace the show. She hoped her time on Jeopardy! would spur a bit more love for local librarians, and based on the internet’s reaction to her, she succeeded.

Librarian from Augusta, Maine, Jessica Garsed ran four games, earning $52,000 during her time on the show. After her answer of “The Omaha Steak” left off a critical “s” leading to her demise, The Omaha Steaks company donated the amount she lost to a charity of her choice. Of her time on the show, she said she was just really immersed in the game, like when you’re playing at home and shouting out the answers. For those of you couch-players, maybe you’ve got a shot at making it like Garsed did!

University of Idaho librarian Rochelle Smith appeared on Jeopardy in 2012, placing second in her episode. She nailed two Daily Double questions putting her in second going into Double Jeopardy. The Final Jeopardy! question about the only artist to have No.1 albums in five consecutive decades proved to be out of her wheelhouse and her competitor came out on top. Her anecdote about being a stranger’s maid of honor in Scotland seemed like it could have come from the plot of a movie!

Now you’ve learned a bit more about the librarians on Jeopardy! Are you interested in reading more about the intersection of the beloved game show and the literary world? Check out the wide world of Jeopardy! contestant authors! Or, how about this exploration of bookish Jeopardy! categories!