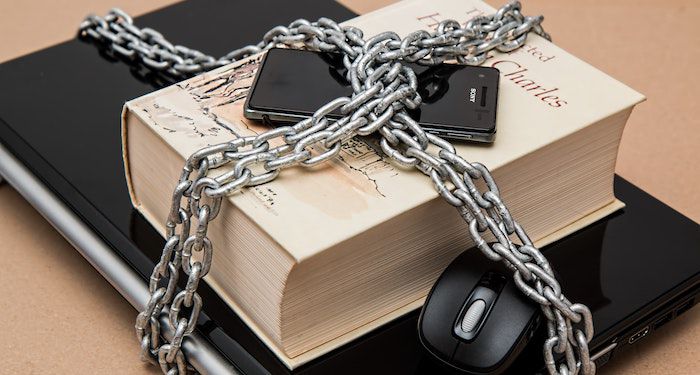 This content contains affiliate links. When you buy through these links, we may earn an affiliate commission.
Flatiron Books, publisher of Razorblade Tears by S.A. Cosby. 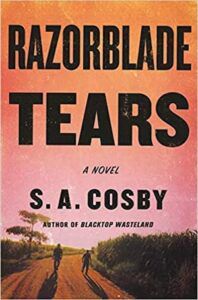 Provocative and fast-paced, S. A. Cosby's Razorblade Tears is a story of bloody retribution, heartfelt change -- and maybe even redemption.

Last year, in the middle of the pandemic, the uncertainty, and the government incompetence and maliciousness, there was one bright point for people in the UK. Prime Minister Boris Johnson visited Castle Rock School to give a televised speech. This wasn’t the bright point – that honour went to the display of books placed by the school’s librarian, which loomed over Johnson’s shoulders and, viewers and commenters believe, expressed exactly what the librarian thought about the school’s illustrious visitor. The books included stories about authoritarian dystopias, such as Fahrenheit 451 and The Subtle Knife by Philip Pullman; pointed titles Betrayed and The Resistance; and a little extra snark through the inclusion of Roald Dahl’s The Twits. While the school remained vague about whether the books had been specifically chosen, the public saw the display as a sly dig at the Conservative government’s handling of COVID-19, as well as their social policies regarding education and welfare.

If the Castle Rock School librarian’s display was indeed deliberate, it was a small but powerful act of resistance designed to draw attention to the hypocrisies of a government that has consistently set itself in opposition to diversity and equality, as we can see its the recent attacks on antiracist terminology, its poor track record on trans rights, and its introduction of legislation to limit the right to protest. In times of structural attacks and state undermining of human rights, librarians are in a unique position to resist, by ensuring access to knowledge even as the powers that be attempt to limit these resources. 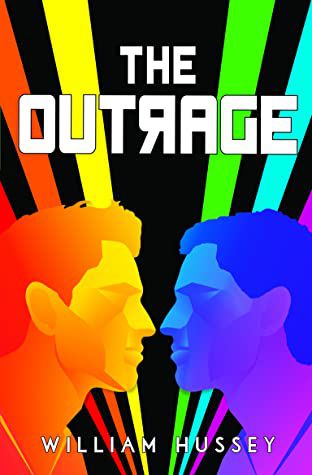 I recently read The Outrage by William Hussey, a novel reminiscent of The Handmaid’s Tale and V for Vendetta. In Hussey’s dystopian future, the UK is ruled by The Protectorate, a fascist regime that has outlawed people of colour and LGBTQI+ people. The story follows Gabe, a gay teenager who has built a small resistance with his friends; the group rebels against The Protectorate by secretly watching illegal films from before the beginning of the regime. The story is chilling, timely, and strikes a little too close to home, but arguably the most important character in the story is one who never appears on the page. The films that the teens watch were stashed in a hidden room in a decommissioned library, where there is clear evidence of Nazi-style book-burnings and no physical books left. Gabriel and his friends conclude that the films must have been saved by a librarian, and the films themselves have clearly been carefully selected as examples of media that the Protectorate would not tolerate. In addition to anti-authoritarian stories such as Star Wars and Indiana Jones, the librarian has hidden films like Pride, Love Simon, and Disclosure. The librarian’s identity is never uncovered, and our knowledge of the politics of The Protectorate means that we can strongly infer that they were captured and either incarcerated in a camp or killed. Despite being an absent character, the librarian is the catalyst for the entire plot of The Outrage; the teenagers’ rebellion would not exist, and characters such as Gabriel and his boyfriend Eric would not have seen positive portrayals of gay people, had it not been for the librarian’s act of resistance.

The actions of the librarian in The Outrage reflect important and often dangerous resistance work by librarians in the real world. Book Riot’s Katisha Smith writes about the antiracist, social justice, and disability rights work of Black librarians in 13 Pioneering Black American Librarians You Oughta Know. The Book Smugglers of Timbuktu details the work of librarians to smuggle manuscripts to safety, avoiding their destruction by al-Qaida in 2012. Similarly, Alia Muhammed Baker smuggled texts out of the non-lending library where she worked in Basra, saving around 30,000 books out of the Al Basrah Central Library before it was destroyed in 2003. Perhaps most relevant to The Outrage, some librarians in the UK between 1988 and 2003 resisted “the most anti-gay piece of legislation of modern times,” Section 28.

Section 28 was a vile piece of legislation designed to prevent children from learning about the existence of LGBTQI+ people. The specific wording of Section 28 stated that a local authority “shall not intentionally promote homosexuality or publish material with the intention of promoting homosexuality” or “promote the teaching in any maintained school of the acceptability of homosexuality as a pretended family relationship.” In reality, this meant that no school or library could acknowledge the existence of gay or lesbian people, and by implication, bisexual, pansexual, trans and other queer people; this would also be considered “promoting homosexuality,” because generalisation is the nature of bigotry. Heteronormativity and cisnormativity was the order of the day, and an entire generation of UK children were prevented from learning in schools or through their library reading that anyone other than cishet people existed. Section 28 wasn’t repealed until my final year in school, and I have a strong memory of one French lesson where my teacher used a newspaper article about a Pride parade in Paris – and posted one kid as a look-out at the classroom door to warn us in case any other teachers came along.

Despite living through Section 28, I only learned from poet Jay Hulme’s introduction to The Outrage that it applied not only to schools, but to local libraries. As David E Bennett notes in a blog post on #UKLibChat, the impact of Section 28 is still being felt today. LGBTQI+ books remain limited in public libraries – and with the defunding and closure of many libraries, again under the Conservative government, it’s looking unlikely that this lack of resources will be corrected any time soon. In another blog post on #UKLibChat, John Vincent discusses librarians challenging Section 28 by protesting the policy, and getting involved in local initiatives to provide literature to community and outreach groups, despite the fact that they could have faced legal consequences for these actions.

It’s reassuring to read accounts from librarians who resisted Section 28 the first time around, as the UK is currently in the middle of an anti-LGBTQI+ backlash that has been frighteningly reminiscent of 1988 for many Brits, and which forms part of a broader swing to the far right. In addition to demonising trans people and undermining the UK’s leading LGBTQI+ charity, Stonewall, the current government has proposed a “free speech at universities” bill that in fact seems designed to ensure that university discussions and the exchange of ideas toe the government line; another bill that would “normalise over-policing of peaceful protests;” and an attempt to ban schools from teaching about anti-capitalism and similar anti-authoritarian movements. In the current political climate, the UK will need librarians like the one who haunts the spaces between the pages in The Outrage; but the examples of librarians resisting draconian laws and actions throughout history serve as a reminder that these keepers of knowledge will ensure that information and stories, no matter how strongly suppressed, will never be erased.