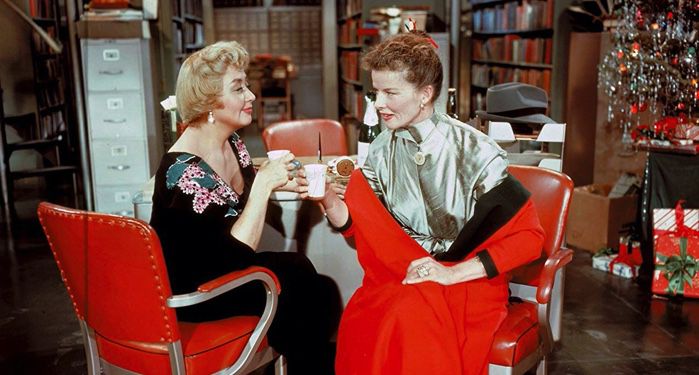 This post on librarians in pop culture is sponsored by Revell, a division of Baker Publishing Group. 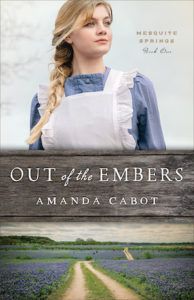 Suspenseful and sweetly romantic, Out of the Embers is the first in a new series that invites you to the Texas Hill Country in the 1850s, when the West was wild, the men were noble, and the women were strong.

It’s 2020, and librarians are still lacking proper, consistent representation in pop culture. Think about it—how many librarian characters can you name? Not a librarian who pops into a scene to shush and run, but someone interesting and funny, perhaps with nuance and more to do than just reminding someone about fines or telling them to be quiet. Compare that to the many beloved doctor or cop characters there are.

Librarians often get a bad rap, shown as humorless, dour shushers and, while we do occasionally shush, we do so much more. We are basically information detectives! You can walk up to a librarian and tell them that you enjoy reading “cozy mysteries”, and even if they have never read a cozy mystery in their life, they are trained to help you find the best books in that genre for you. Librarians, Knowers of Things! Doers of research! Creators of fun, free programs! You hopefully know the drill, but if not then I suggest you stroll on down to your local library and chat some staff up to find our about all the cool stuff we do.

Yes, we’ve written about fictional librarians before and the internet is full to bursting with best librarians lists, but I wanted to go a bit more in-depth on the subject. These characters are ones that actually reflect aspects of the real job of a library professional, and I’ve included a relatable on-screen moment for each of them. Sadly this short list is very white—although the movie Party Girl does feature librarians of color, they are not main characters. Pop culture needs (a) more librarians and (b) more POC librarians. If novels are more your scene, you can read about novels featuring librarians here. 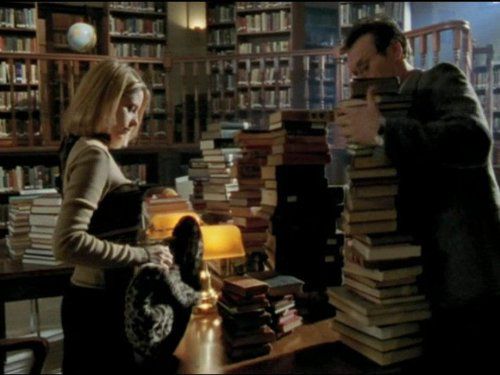 I think Giles (Anthony Stewart Head) is most people’s librarian awakening. At first, the show stuck to the librarian tropes and Rupert Giles was a stammering, prim-seeming Brit, regularly getting knocked unconscious.  Eventually that behavior is revealed as a self-imposed persona hiding his darker tendencies: younger Giles was a black magic dabbling, rock music enjoying badass. So not only is Giles witty, organized and knowledgeable, he had a foxy dark side and made tweed sexy. If you don’t believe how much the profession itself loves Giles, author Graceanne A. DeCandido wrote in a 1999 article for American Libraries that “I’m not alone in the belief that the appearance of school librarian Rupert Giles … has done more for the profession than anything in the past 50 years…” That article was published 21 years ago and he’s still pretty high on that list. Yet, I do think that he would struggle to adjust to the current field of librarianship given his noted hatred of digital literacy.

Giles: Well, you weren’t here from midnight until six researching it.

(Patrons regularly seem to think that we know everything and, well, while that is lovely it is also false because we still have to do research.) 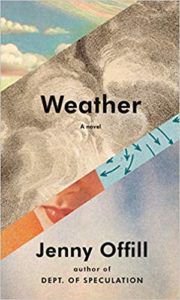 Though the plot of the novel isn’t all that focused on Lizzie as a university librarian, we are given brief, chillingly familiar glimpses of patron interactions. It’s as though Offhill followed me through my day, taking notes on the people that I interact with. Lizzie’s shifts are shown fleetingly and through contact with patrons: there are snooty academics, people with mental illness, poor students, and “lonely hearts.” At one point she “brave[s] a theory about vaccinations and another about late capitalism.” (I also brave a lot of theories at work, as part of our job is to remain completely impartial.) Weather, which I included in my suggestions for 2020 Book Club reads, is an unsettling and darkly funny story about climate change and obsession; its prose glimmers with wit and style, making it a must read for non-librarians too.

But how to categorize this elderly gentleman who keeps asking me to give him the password for his own email? I try to explain that it is not possible for me to know this, that only he knows this, but then he just shakes his head in that indignant way that means, what exactly kind of help desk is this?

(If you work in a public library, a version of this exchange happens at least once a day.) 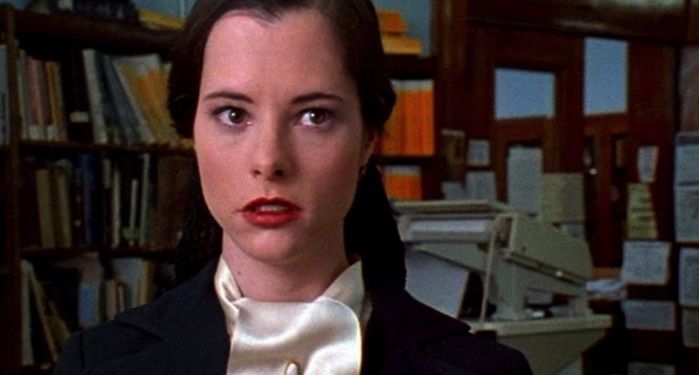 Giles made being a librarian seem nerdy-hot, but Mary (Parker Posey) in the ’90s indie flick Party Girl made it attainable. If a dance-loving NYC socialite could find professional fulfillment among the Dewey Decimal Code, why couldn’t I? Mary is an irresponsible flake who is forced to work at the library when she’s bailed out of jail again by her public librarian godmother, Judy. Though the film does lean into librarian stereotypes (Judy is shown as stern and dowdy), it also represents real job tensions. There is a debate between two librarians about jobs in public vs. academic libraries, and Judy has a wonderful speech about how sexism and the view of librarianship as a women’s profession is why librarians are “underpaid and undervalued”. There really aren’t enough comedy movies about librarians.

Random Guy in Library: Do you have a problem with political thought, or is it a particular vendetta against Hannah Arendt? … Every single book of hers was out of sequence…

Mary: What a dick.

But wait, didn’t I just complain about how librarians are portrayed as harsh and bureaucratic? I did. So how come Tammy II (Megan Mullally) makes this list of the best librarians in pop culture? The character digs into the “mean librarian cliché” (in her first appearance, there is a document on her desk that has been stamped with all-caps ‘no’ multiple times), becoming a fearsome opponent of the Pawnee Parks department. Tammy II isn’t just any librarian, either, she is a big-shot Deputy Director of Library Services, and was first introduced as a foil for Parks after placing a planning claim for Lot 48. The characterization of Tammy also refuses to portray her in the usual spinster librarian trope and, instead, she’s a femme fatale who regularly exploits Ron Swanson using her smarts and hotness.

Leslie: That is so typical. I should have known you’d use a low-blow dirty-pool BS move like that. That’s why everybody hates the library. Here, you know what? Here’s your three dollars. And I’ll see you in hell.

(Working the circulation desk and dealing with library fines is hell, Leslie.)

Desk Set is fascinating to watch, written in 1957 but still relevant and one of the only portrayals of librarians as glamorous and brilliant. In this romantic comedy from the olden days, librarians are on the verge of being replaced…by machines! Well, one machine—a big, brainy machine that has been built by Spencer Tracy. Not so fast though, because Bunny (Katherine Hepburn) and her librarian posse are smart, savvy info professionals who are capable of answering questions without the internet to back them up. On top of their skills with an encyclopedia, these librarians have bustling social lives. Could I personally have done without the romance between Hepburn and Tracy? A thousand times yes. But let’s not shoot for the moon when the stars are pretty great. Trivia fact: the film was adapted for the screen by Phoebe and Henry Ephron, the husband-and-wife playwrights who were parents to Nora and the rest of the writing Ephrons!

Sylvia: [telephone rings] Reference department, Miss Blair. Oh, yes, we’ve looked that up for you, and there are certain poisons which leave no trace, but it’s network policy not to mention them on our programs.

(We get a lot of strange phone questions.)

Ask the librarians you know about their daily work, and expand your understanding about our strange and delightful lives. They can probably tell you some very interesting stories that you won’t soon forget.