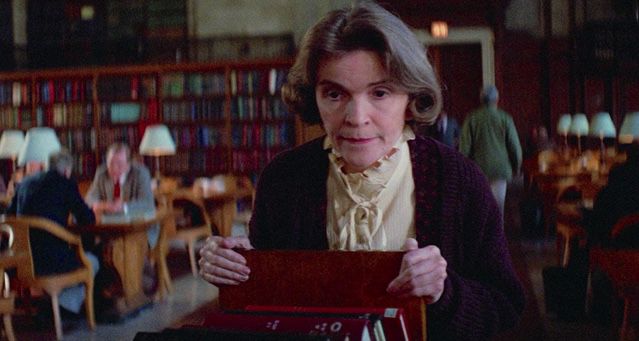 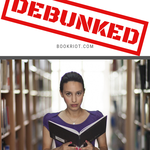 This post on the history and debunking of librarian stereotypes is sponsored by Revell Books. 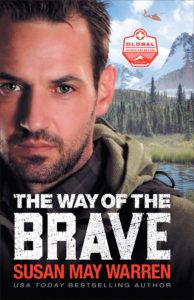 Haunted by the memory of a rescue gone wrong, former pararescue jumper Orion Starr has no desire to join Hamilton Jones’s elite rescue team. But he also can’t shirk his duty when the call comes in to rescue three lost climbers on Denali in Alaska. Jenny Calhoun’s yearly extreme challenge with her best friends is her only escape from her guilt. The former CIA profiler and psychiatrist green-lighted an operation against the Taliban that ended in ambush and lives lost. When her climb on Denali turns deadly, she’ll be forced to trust her life to the most dangerous of heroes—the man she nearly killed.

When you think of a librarian, what comes to mind? Are they married? How do they dress? If you automatically pictured a sour older woman in a cardigan covered with cat hair, then congratulations! You have internalized the same librarian stereotypes that pop culture has been pushing since the days of black and white movies.

Granted, modern depictions of librarians are a good deal more generous than those old chestnuts. But for everyone who hasn’t visited their awesome, hip, savvy librarian recently, here’s what’s not true about the librarian stereotypes you thought were true.

Librarians tend to be women. This is because of Melvil Dewey and he had mixed motives for stocking the profession with ladies, but the upshot is that librarianship is very female-friendly. That said, there are plenty of male librarians, too.

Historically, many people have entered librarianship as a second career. the reason for this is that the Master’s degree that you need to be a librarian is very expensive and a lot of people can’t afford it while they’re young. There are exceptions to this rule, too. After all, student loans are a thing!

Those are the accurate stereotypes. Now on to the gross exaggerations!

This librarian stereotype hails from that benighted era when libraries were silent, tomblike places where patrons were to be seen and not heard. Naturally, in an environment like this, patrons would only interact with librarians in a handful of proscribed ways: while checking out a book, while asking a direct question, or while being reprimanded. The scariest of these is reprimand, so of course, people latched on.

Librarians themselves have piled on this dumb trope. The Nancy Pearl action figure features “shushing action” and there is legit librarian swag that reads Don’t make me shush you! I can’t decide how I feel about this. All I can think of is the shushy specter of Ghostbusters, or that one episode of Miranda.

Shushing also evokes a petty tyrant enforcing a dumb minor rule to extremes, which makes a nice narrative for people who just want to scream their little lungs out in the stacks. There’s also the uncomfortable power dynamic that puts the shusher, who is often a woman, in a dominant social position. Yuck! Better make a stereotype quick to deal with these feelings of cognitive dissonance.

Alas, our first stereotype is barely a match for reality. Direct shushing occurs far less often these days than in the past. In general, public libraries are no longer enforced quiet places, although many contain closed-off quiet areas. Shouting or being disruptive in a library will have much the same effect as shouting and being disruptive in a mall or a department store: someone will tell you to cool it, and then if you don’t, they will ask you to leave. However, cell phone use is still occasionally appropriate for a good shush.

Everything about Donna Reed’s brief but lurid librarian portrayal in It’s A Wonderful Life makes me cackle. She never married! She wears glasses! Worst of all, she became…A LIBRARIAN! Truly, her life is a sad waste.

Marian the librarian from The Music Man is another spinster who illustrates the pervasiveness of this myth of the unloved and unattractive librarian. As with many librarian stereotypes, sexism is on the board and in play because most librarians are female and the profession is widely considered a job for women. This, of course, is inherently threatening. If a lady is smart and bookish and into her career, she’s apparently too much for a normal man to handle. (Ever notice how anti-female sexist stereotypes simultaneously assume that men are weak, emotionally fragile dopes? I’d be a little offended, my dudes!)

Of course, this particular hate-on for librarians would be nothing without America’s preexisting deep and inscrutable disgust for smart people, AKA nerds. You can see this on Friends, where the smartest guy is also the most ridiculous; The Big Bang Theory, where the main characters are ridiculous because they’re smart; and on the average middle school playground. (Books don’t tend to feature this trope because book people know librarians, but if book people had to make up librarian stereotypes, I think it’s fair to say that they’d be a lot more generous.)

Librarians are the ultimate nerds. Their job is to be nerds. Super-nerds! Worse, non-nerds have to go to librarians for help sometimes, upsetting the social dynamic wherein it’s normal to tease and dismiss nerds. Extra teasing must take place to right the social balance. This is why it’s so important to the social narrative that librarians be ugly and unwanted.

It is, of course, ridiculous to suggest that librarians don’t get married. The vast majority of librarians have or have had romantic partners. As for frumpiness, that’s in the eye of the beholder. When you have to stand behind a desk all day, you look at three-inch heels in an entirely different light.

Hey did you know that librarians are frumpy little dormice who can’t land a man, but they’re also super scary and, like, obsessed with books? It’s totally not true! It’s just the last of our librarian stereotypes (for today.) This particular myth is also among the most harmful. Because of the Angry Book Monster stereotype, people avoid librarians and libraries for fear of being mobbed by a screaming flock of literature harpies grasping after 10¢ fines.

You can see an example of the Angry Book Monster in Episode 22 of Seinfeld, which is literally called “The Shusher.” (Actually, there are several librarian stereotypes on display here. See if you can spot them all!) Mr. Bookman is the library’s Javert, and he will pursue a fine to the ends of the Earth. Consider also the librarian from Monsters University, who defenestrates infractors of library policies. She’s literally an angry book monster! If you’re a podcast fan, then you’ll already know about the fearsome librarians of Welcome to Night Vale.

Librarians are, in fact, acutely aware of the harm that this stereotype does to their community relationships. After all, the job is much more about working with people than it is about working with books. That’s why the Boston and Seattle public libraries have abolished fines. The Book Monster assumes that librarians don’t trust their patrons. By refuting this myth, libraries are seeing much higher return rates and improved community connections.

Life’s better when we deny those unfair librarian stereotypes. That ought to be easy since most of them are nonsense. As for the wearing of flat, uninteresting shoes, let’s agree that the rest of society will someday catch up with that piece of librarian sartorial advancement.

Want to be a librarian? Of course you do! Librarians rock! We’ll tell you how to be an apex book person. Your cardigan game is down to you.