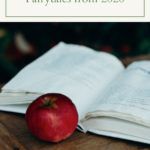 In an interview, Melissa Bashardoust told me: “I love retellings that, as Angela Carter once described her own work, seek to ‘extract the latent content from the traditional stories and to use it as the beginnings of new stories.'” There’s so much latent queerness in fairytales. Their exaggerated heteronormativity beckons queer retellings, particularly as these stories have become the building blocks of narratives and storytelling for many readers and writers. Queer fairytale retellings can be a process of reclamation: reclaiming the inventive power of storyteller that was central to fairytales in their oral tradition, and also reclaiming queerness as fairytale—the romance, the happily ever after, the historical tradition. While a few of these eight LGBTQ+ fairytales (and legends) from 2020 have done away with happily ever afters and romance (though certainly not all), they all explore a queer once upon a time. 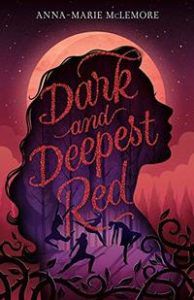 If you love LGBTQ+ fairytales, you’re probably already familiar with Anna-Marie McLemore’s oeuvre. In their newest novel, they retell “The Red Shoes,” a fairytale by Hans Christian Andersen where once a girl puts on a pair of red shoes, she’s unable to stop dancing until her feet are cut off. McLemore’s retelling weaves together two time periods. In 1518, dancing fever strikes in Strasbourg. Lala, a Romanian girl, falls in love with Alifair, a trans man. As the fever worsens and women fall down dead dancing in the street, the blame falls to the Romani. In contemporary times, Rosella’s family makes beautiful red shoes, and their Latinx magic imbues them with stories every October. But this October, when Lala tries on a pair of the red shoes, they make her dance and dance and dance. To find out how to break the curse, she turns to Emil, who is a descendent of Lala’s and has studied the dancing fever more than anyone else. This is a twisting and intricate love story with lots and lots of queer representation for both timelines. Content warning for transphobia and racism. 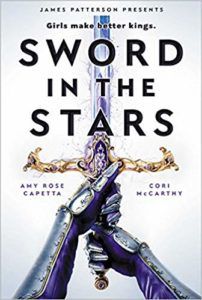 Sword In The Stars By Amy Rose Capetta And Cori McCarthy

The Once & Future series is a super queer science fiction retelling of Arthurian Legend. Sword in the Stars is book 2. In it, Ari and her rainbow knights travel back in time with the help of Merlin to steal King Arthur’s holy grail. Of course, they immediately get separated, and many shenanigans ensue as they come head to head with the historical and patriarchal Camelot. This is the queer time-traveling heist in Camelot novel you definitely need in your life right now.

Girl, Serpent, Thorn entwines fairytale elements from “Rapunzel,” “Sleeping Beauty,” and the Persian epic The Shahnameh, and has a bisexual main character and F/F romance. Soraya may be the twin sister of the Shah of Golvahar, but few know she even exists. Cursed by a div as a child, her skin is poison. The slightest touch is enough to kill. Thus, her family has locked her away in the palace. Then one day a man spies her from her prison tower—a man who has recently captured a div. He finds ways to court Soraya despite her imprisonment, and what begins as a seemingly heteronormative romance takes a turn when Soraya sneaks into the prison where the captured div, Parvaneh, is held. Soraya wants to find a way to rid herself of the poison in her veins and believes Parvaneh might have the answers. After that first visit, she finds reasons to return again and again. While it may seem that love will rescue Soroya from her imprisonment, her search for freedom is much more complex than that. If you haven’t already, make sure to read Bashardoust’s Girls Made of Snow and Glass, an F/F fairytale retelling of “Snow White.”

Cinderella meets a female Robin Hood and together they overthrow the patriarchy in a dystopian fantasy world. This is both a super fun and very stressful read. Two hundred years after Cinderella met and married her prince, all teen girls are commanded to attend a marriage ball at the palace. If a man doesn’t make a bid on them within three years, they must work as laborers, never to marry.  Sophia knows this is wrong and is one of the few who openly question the way women are treated in her kingdom. Most of the women who question the ways things are disappear. This year is the first year she must attend the ball, and her mother has bought her a beautiful Cinderella dress, knowing that this is her daughter’s only hope for living comfortably. But Sophia doesn’t want to go to the ball or marry any man. She would much rather find a way to escape the kingdom with her best friend Erin. Erin, however, has resigned herself to going and marrying. When everything goes awry at the ball, Sophia flees into the forest and meets Constance, and rebel and one of Cinderella’s descendants. The attraction between the two is immediate, and as Sophia learns more about the history of patriarchy in the kingdom, she vows to help Constance tear it all down. Content warning for domestic abuse, misogyny, and homophobia. 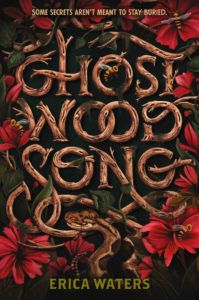 Shady Grove’s fiddle can call up the dead when she plays folksongs with enough sorrow. Her father left it to her after his death several years earlier. When Shady Grove’s stepfather is murdered and her brother arrested for his murder, she finally has enough sorrow to call up the dead. She hopes by doing so, she can find out who really murdered her stepfather. But every time the ghosts come to her fiddle’s song, a shadowy man appears and slowly begins to control her movements. As if this weren’t enough stress, she’s currently torn between her long-time crush and fellow bandmate Sarah, and her new crush on cowboy Cedar, who plays the bluegrass songs she loves. It’s pretty rare that I find books that so accurately portray my rural Southern upbringing. Ghost Wood Song is one of those books. It doesn’t exactly retell fairytales, but the book is full of Southern folklore, and readers of YA fairytale retellings will love this one. Content warning for child abuse and slight homophobia. 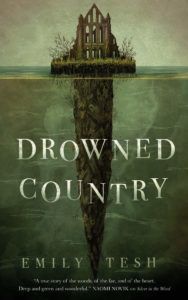 Drowned Country opens with a mopey Henry Silver as the wildman of Greenhollow woods, while his predecessor and love interest, Tobias Finch, travels with Silver’s mother solving magical cases. At his mother’s bequest, Silver travels to the seaside town of Rothport, where he can feel the remnants of his woods in the ocean. Mrs. Silver and Tobias use Silver as bait in a case reminiscent of Dracula. But the women they’re meant to save from the clutches of a vampire, Maud, turns out to be quite capable of taking care of vampires by herself. And when she realizes who has come to save her, she decides to use the two greenmen of the wood to find fairyland. 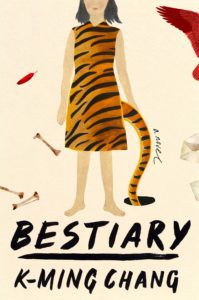 In K-Ming Chang’s debut, three generations of Tawainese American women anthropomorphize into folkloric creatures. After Daughter listens to a folktale from Mother about a woman with a tiger inside her that wants to eat children’s toes, she wakes with a tiger’s tail growing from her back. In her backyard, holes appear in the ground, revealing letters from Daughter’s grandmother. As she reads through these letters with her neighbor Ben, she realizes that all the women in her family embody a Taiwanese myth. Meanwhile, Ben has her own fabulist powers, and as the two decipher the letters together, they also fall in love. This is a gorgeous, surreal novel. 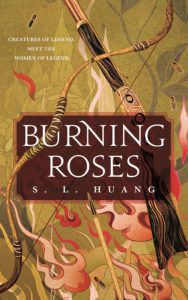 While ostensibly a “Little Red Riding Hood” retelling, Burning Roses flits from fairytale to fairytale. I have yet to nab a copy, but I’ve read S.L. Huang’s previous work, including her fairytale short story “Hunting Monsters,” and cannot wait to tear into this novella. It has a Latina lesbian main character and a Chinese trans woman main character. They’re also both middle aged, which is super exciting. There are far too many young folk populating fairytales.

If you’re looking for more queer retellings, check out this list.