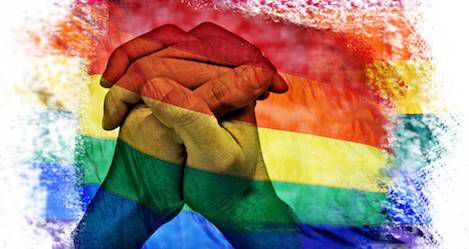 The Russian news site Takie Dela has quoted the publisher as saying that it excised the story due to Russia’s 2013 ban on the spreading “propaganda for non-traditional sexual relations” to minors.

The law is seen by campaigners as an attempt by President Vladimir Putin to draw closer to his electorate, most of whom are Orthodox Christians.

Russia is one of Europe’s least gay-friendly countries, ranked 45th out of 49 nations by ILGA-Europe, a network of LGBT+ rights groups.

Francesca Cavallo, one of the authors of “Good Night Stories for Rebel Girls,” said she was “deeply saddened that Coy’s story has been left out.”

Fall down this rabbit hole looking at Disney adaptations to find the oldest story adapted.

To tell you the truth, I’m pretty excited to watch all of the below movies, specials, and TV shows — after all, a few of them are based on truly spectacular books. There are plenty of classics and award-winners on this list that are sure to leave you awestruck. Plus, isn’t it just plain fun to read a story, then see it told in an entirely different way?

A list of book adaptations you can watch on Netflix in November.