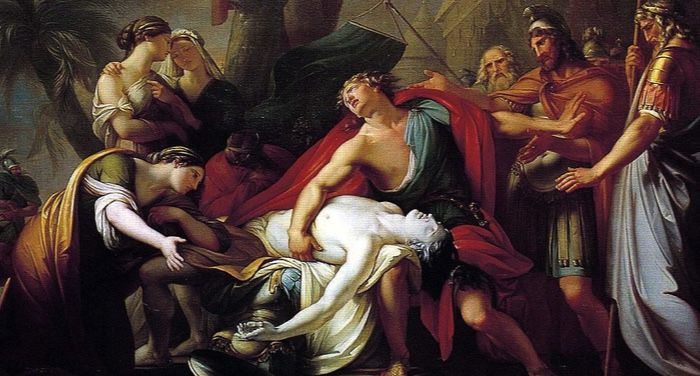 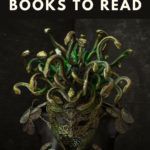 The act of retelling a story with a few tweaks of your own is as old as stories themselves. The religious and cultural stories classified as mythologies are not excluded from this creative endeavor. Take, for instance, the myth of Persephone’s abduction. A recent retelling of this myth, popular on the internet, shows Persephone entering the Underworld of her own free will, a direct contrast to the Greek myth written down by Hesiod literally called The Rape of Persephone.  I don’t think the difference between the two needs to be pointed out. It is believed the Greek myth may be rooted in a Sumerian myth following a similar plot line and theme. The queer community is not exempt from this practice either. Queer historians have and are going through history, pointing out individuals who were, or possibly were, part of the community. But we deserve to see ourselves in religion mingling with gods and holy individuals as much as anyone else. We deserve to have our spot in the sun and, occasionally, flirt with it. And so we have taken to mythology, writing ourselves into stories where we may have not been before, giving ourselves a spot next to the deified, in the stories considered important enough that they continue to have life breathed into them in this modern day. These are some of my favorite LGBTQ+ mythology books. 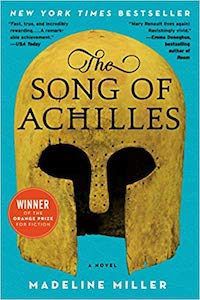 The Iliad. A classic story, almost as prevalent within Western culture as its sister story The Odyssey is.  The Song of Achilles takes this story and focuses it on Achilles and his friend/lover Patroclus, fully embracing the homosexuality of their relationship that so many other retellings ignore. I mean, there’s no straight explanation for going into such a rage after your “best friend” is killed that you try to fight a river god. And we all know how the story ends—Achilles’s heel is an idiom for a reason—but this book pulls you in and hurts so deliciously as you follow the boys growing up together, learning to fight together, and going to war together. It shows these young boys as human, rather than these legendary, mythological characters. 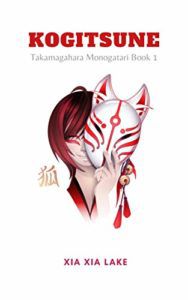 Based in Japanese myth and noh theatre, set during the reign of Emporer Ichijo, this story is your standard coming-of-age boy-meets-boy, except one of those boys is a fox god and the other is a swordsmith. Kogitsune is a story full of fluff and love, perfect for this nightmare we call 2020. Heartfelt and sweet, this 40-page novella starts with a relationship built on deception before turning into friendship and eventually something more and learning how to balance being part of two worlds. 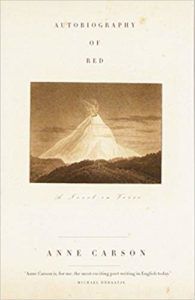 A mix between a novel and poem, Autobiography of Red tells the story of Geryon, a boy-but-also-winged-red-monster who flees from his abusive brother and ends up with the Greek hero Herakles, twice. Dealing with heartbreak and desire and where art comes from in a person, this is definitely a book I recommend picking up and reading. It’s another short read, and definitely worth it. It is erotic in places, but not explicit, and skips back and forth over the line between myth and mundane, where you get imagery of sitting on grandmother’s porch before spreading a pair of wings and flying to another country. 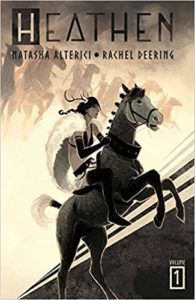 It’s a comic book with vikings and shieldmaidens. With some lesbians mixed in. Not much more needs to be said about it. Aydis is kicked out of her village for “improper behavior” and ends up setting out to kill a corrupt god, saving other individuals like her so they do not have to meet the same fate. Written by a lesbian, Heathen is an #OwnVoices story that doesn’t fall into those tropes that straight writers often end up using. The art is beautiful and the color is sepia toned, matching the feel of the Nordic landscape expertly. Please be aware, however, there is some violence in this story, as well as homophobia at some places. You know yourself best. Don’t pick this one up if you feel like it’s too much. 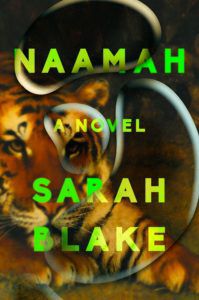 Based in Christian mythology, this book gives a voice to someone in a story where she was originally a background character: Noah’s wife (Noah’s Ark, by the way, is another retelling of its own) gets the name Naamah, meaning “pleasant” in Hebrew, and is allowed to tell her side of the flood story and what her life was like before. On a ship where privacy doesn’t exist, Naamah must escape to her own mind and battle with her feelings of anger and loss while also trying to support her family and the animals. Just a warning, this book does feature more than a couple sex scenes. 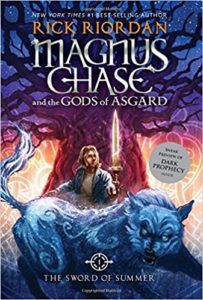 Magnus Chase and the Gods of Asgard: The Sword of Summer by Rick Riordan

If you’ve read the Percy Jackson series, you’re probably pretty familiar with Riordan’s writing. This time, though, it’s Norse mythology, complete with einherjar and valkyries. The world is headed towards Ragnarok, and it needs to be saved (again). And as is the norm for Riordan, he’s included diversity naturally within the book without putting neon arrows over the characters. One of the valkyries is a Muslim girl, and a secondary character is genderfluid. It’s definitely a good read that has the same charm and humor that caused us all to pick up Percy Jackson. 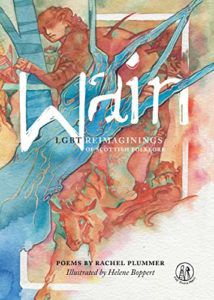 A collection of poems based in Scottish folklore and mythology, this anthology is gorgeous. It’s masterful in the way it uses the myths to explore queer identities, like using selkies to explore the experience of being transgender. The poems use a host of creatures like Nessie, wulvers, Ghillie Dhu, and Cait Sidhe to tell stories within the poem, all centered around queer identities. And these identities are treated as normal, as common place as the cisgender and heterosexual identities, instead of some gimmick to cater to the community. These poems are meant for anyone, an all-ages read, so feel free to share with your children when you pick this one up.

Space opera mixed with Korean mythology. Simply amazing. Min, our main character, comes from a long line of fox spirits, and despite being all but forbidden to use her powers, she ends up having to rely on them and her cunning as she sets out to find her brother and clear his name, crossing paths with pirates and gamblers and ghosts (oh my!). Plus, nonbinary characters are seamlessly woven into the plot, as are polyamorous relationships, which are mentioned like they’re nothing. Magic and technology are blended together expertly into something familiar but also new.

If that queer story itch still needs scratching, check out our post on LGBTQ+ fantasy books here and our post on classic stories with a queer twist here.