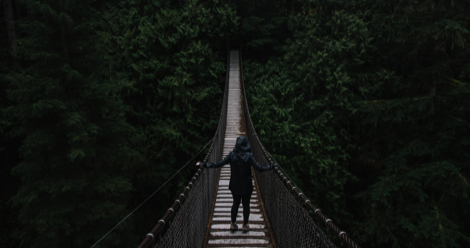 “I want to try reading comics. Where should I start?”

If you’re asking that question, there’s hundreds of lists of suggestions on the Internet to help you out – many on this very site! There’s rec lists for good places to start with Batman, with Spider-Man, with Image or indie comics, with comics for kids or comics for women or comics about cartoon ducks. (I, uh, may be the person to blame for that last one.)

Maybe you’ve taken a look at these lists, picked a few comics, enjoyed them, and are happy where you’re at. Maybe you just want to read a Squirrel Girl trade once in a while, or follow Saga and nothing else. And there’s absolutely nothing wrong with that! Being a casual reader of comics doesn’t make you any less of a comics reader, any more than the fact that I only go to the movies once every couple of months means I don’t know how to watch films.

But maybe you’ve read all those Good Comics For Beginners, and you’re wondering what to do next. Maybe the gulf between having a comics-reading friend (or friendly neighborhood blogger!) hand-pick a trade for you and setting up your own pull list at a store seems insurmountably vast. There are tons of suggestions for how to start reading comics, but no one ever seems to explain how to continue reading them.

Here’s the secret: just jump in.

Unless you’re only interested in a single series like Lumberjanes or Bitch Planet, or you only want to read standalones like This One Summer and Fun Home, there’s not going to be a clear path laid out for you. I mean, sure, if you’re really excited about Spider-Man: Homecoming and you want to read All The Spider-Man Ever without missing a thing, you could go back to 1962 on Marvel Unlimited and go issue by issue until you’re all caught up, but inevitably you’re going to run into a reference to a crossover or an event or a Hostess Fruit Pie ad that makes absolutely no sense.

That’s the nature of comics. Yes, there are superfans who catch every sly reference the writer and artist sneak in, but most of the time, any given comic might be building on context you simply don’t have. That’s the nature of reading stories set in worlds that have been built in 20-page increments by hundreds of creators over three quarters of a century.

And that’s okay. If the story is any good, you should still be able to enjoy it, even if you’re not familiar with what happened in last summer’s big crossover event, or the fraught emotional backstory between two characters who were on a team book ten years ago that you haven’t read. And heck, if you’re entertained by that cameo from a character you’ve never heard of, why not pick up their book too?

One of the first comics I ever read was DC’s Crisis on Infinite Earths. That sucker is loaded with characters, continuity, and Easter eggs. It’s about the death of multiple alternate universes, each featuring different versions of the heroes most casual superhero fans are familiar with, and artist George Perez crams every panel with about thirty heroes apiece like he’s getting paid by the domino mask. I had almost no idea who any of these people were back in 2002, and didn’t really understand the ramifications as they shook out through DC continuity – but I still found the story interesting. Reading the book again ten years later, I could name ten times as many of the cameos, but that wasn’t what was important about the book. What was important was the story.

Maybe it would be better for the industry if every universe and character had a clear through-line that was as easy to marathon as the latest addition to Netflix. Maybe someday they will. But that’s not going to change the fact that the back catalog of every long-running comic book company is a tangled, overly complicated, self-reflexive, maddening, fascinating tapestry of literary and cultural history. There’s no easy path through it, but you’re not required to understand everything you see on the page (and ignore the haters who say you do). As long as you like the comic you’re reading, you’re reading comics right.

So jump on in, new readers, and lose the water wings! You’re gonna be just fine.