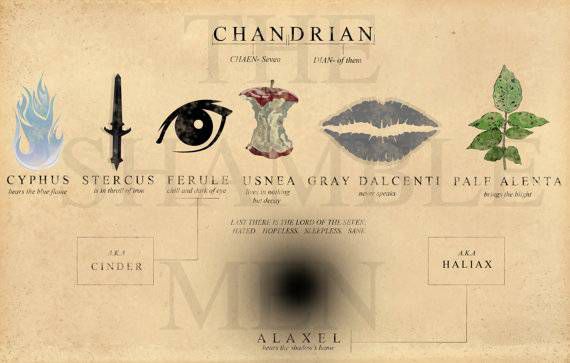 “Only THREE of you are going to make the cut. So give us your best action pose… NOW!”

So, we have our Titans, at least according to this Nerdist News segment, which offers up some exclusive tidbits on the upcoming TNT pilot.

A live action Titans TV series is a pretty big deal. Not only are they a pretty classic mainstay of the DC Universe, but they’ve been introduced to a whole new generation through two animated TV series. It makes a lot of sense that they’d aim to catch viewers of the 2003 cartoon series, who are now 12 years older, and ready for something new with a few familiar characters.

I’ll admit I’m a bit of a Titans fan, going way back to the Wolfman/Perez New Teen Titans era. I haven’t always followed the various series, but I know the characters pretty well, so the line-up alone has my wheels spinning, and I figured I’d dive in a little deeper with each announced character and what they might offer in terms of a dramatic series.

Dick Grayson / Robin / Nightwing – According to the report, Dick will start off the series as Robin but evolve into Nightwing. He’s also serving as a cop in Boston, following a split with Batman.

My thoughts? It’s a good place to start a character’s journey, and it’s very much in keeping with some of the themes of the Wolfman/Perez era. Dick’s been trained by the best, but now he’s striking out on his own. The fall-out had to be bad, so maybe he’s going to try to do things differently than Batman. Maybe that’s why he forms the Titans? Either way, the sidekick-turned-leader is an inherently interesting road to travel.

Barbara Gordon / Batgirl / Oracle – Apparently, Barbara won’t be taking the Oracle moniker in the pilot episode, but I wouldn’t be surprised if it doesn’t pop up later.

What immediately piques my interest about this is: Barbara was Batgirl, but she’s been injured. Could this have led to the rift between Robin and Batman? That could lead to some juicy backstory tension. My one fear there would be using Babs as a victim to further Dick’s story, but I don’t think they’ll go there. Barbara’s transformation into Oracle is a chance to give her great agency in her own story. Yeah, she’s never been a Titan, but who cares? As a TV series I want grounded, conflicted characters trying to overcome new obstacles and challenges. And we get that with Barbara, especially as she enters into her Oracle phase.

Raven – Raven is an empath and a teleporter, both of which can be worked easily into a TV budget—which is worth noting, honestly. Sometimes these super-hero shows fail when their reach exceeds their CGI budget. Just sayin’.

But, anyway, bigger that the production concerns, Raven boasts a Big Bad Dad — the demon Trigon. So, she’s got a dark side AND a built-in sub-plot. Not a bad element to have on the team.

Starfire – I guess the two main questions with this pick will be: 1) Love triangle much? and 2) Do they aim her closer to the comics character or the popular Teen Titans animated series, which strips out the more, ahem, physical assets of the comic book version of the character?

On the first count, I think this is great for TV. I’m just speculating here, but I would suspect that in this series Dick and Barbara will have some kind of relationship that either never got off the ground or is currently in the past. Thus, you add into the mix a space warrior princess — maybe even with some , ahem, different cultural standards, and you’ve got yourself a potential love triangle that’ll play well across an episodic TV series.

On the second count, I think we’re probably looking at something between the more innocent animated warrior princess and the sexier comic book character. Presumably these are 20-somethings, so sex is likely to be an element in the mix. Handled right, I think they can still play the “She’s an alien, she doesn’t understand why we’re all weirdly obsessed with covering up our bodies” card and make it work.

Hawk & Dove – This is the curveball choice, but I personally think it’s an inspired one. So, the DC characters of Hawk and Dove go all the way back to the 60s, and they’ve been occasionally associated with the Titans at different points in their history. But they’re neither the O.G. Teen Titans, nor are they the better known Cyborg and Beast Boy from the animated series.

So, why do I like ‘em? Well, first, their powers are probably a little easier on the TV budget. They’re fast and strong, and maybe Dove can fly, though who knows if they’ll keep that for this series. What’s interesting to me isn’t the power set, it’s the interpersonal dynamics. They’re using the Hank Hall and Dawn Granger version of the characters, and they’re a couple. Hawk is War; Dove is Peace. They’re opposites, but opposites attract. Until the tension breaks them. Hot-headed Temper vs. Cool Compassion? If the two keep one another in check, what happens when the balance is thrown off? What happens if Dove is hurt, and Hawk goes unhinged? Lots of potential storylines there.

What do you think? Are you happy with the casting, or does it miss the mark? Sound off in the comments with your own picks, story ideas, thoughts and theories!

I will say that while Cyborg could be clunky on TV, I do think Warner Brothers and TNT are missing the mark with the exclusion of Beast Boy, who could give us the brand new version of a timeless classic: