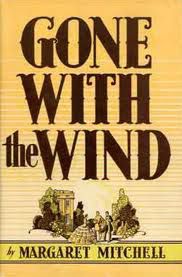 I love Gone With the Wind. Like, named-my-son-Rhett, dressed-up-as-Scarlett-for-Halloween-once, read-it-over-and-over LOVE the thing. But ya know what? It’s racist.

Kit wrote a post recently about how she couldn’t finish her re-read of it because the racism caught her in the jaw, and I was surprised at the response. While there was plenty of “you’re right, but I love it,” (fine, awesome, you do you), there was also a lot of “how dare you” and “this is a call for censorship” and some Paula Deen apologetics (what?) and “if you try to change [the book] I’ll smack you,” to boot. The vitriol and name-calling that came out of a request that we examine an aspect of a book in the canon made me wonder why it’s so hard to have this conversation.

I’ve been blogging about the classics for several years now, and it seems to me that we’re pretty capable of talking about sexism in the genre. Hemingway, Dickens, Tolstoy, Henry James- they’ve all come under the microscope for their portrayal of women (rightly so), and while there’s always trolls in those conversations, the idea that someone would find their sexism problematic is accepted.

So what’s the deal with racism? Why can’t we talk about this? Gone With the Wind has major race issues, and it isn’t just because it has slavery in it. It’s about the South in the Civil War, of course it’s going to have slavery in it. But it’s a paternalistic, romantic view of slavery wrapped up in a gold-tinged view of the South that totally denies the reality of the institution. The KKK? An honorable knighthood out to defend the South (and her women, by golly) from the evils of carpet-baggery and newly-freed slaves! Black people who don’t “know their place” in the book are characterized in an awful light. This is the reality of the book. I’m of the opinion that Mitchell was using the romantic portrayal of slavery to make a point about the death of the Old South, much as she was with the character of Ashley himself, but that drawing of slavery without any real negatives for the slaves? It’s as problematic as Rhett is dashing.

Discussions of racism, even more than those of sexism, bring out the “yeah, but that’s how things were back then” stuff. It’s a valid point, and one that I make myself about various works. We wouldn’t have a canon to speak of if we only read books that lacked racism, sexism, homophobia, etc. But that doesn’t place these books outside the realm of applied critical thought. We can recognize that the book existed in a more racist period in history (or, as Jeff pointed out, 70 years after the fact) and then still go on to talk about how its portrayal of slavery influences modern readers, or how it still is or isn’t applicable to the South today. Readers are allowed to be both bothered by the blackface portrayal of African Americans in the book and cognizant of the historical context.

We can still hang out together with buckets of popcorn and marathon the four-hour movie. We can dress up like Scarlett for Halloween because she’s bad-ass and think Rhett Butler is aces and re-read the book while simultaneously recognizing that the book has problems and that those problems demand discussion. We can love the book’s epic scope, its drama; we can appreciate Melanie’s goodness and Mammy’s wit, we can hold our breath as the South falls apart and the characters do what they can with what they have- but none of that means we have to turn a blind eye to the fact that Mitchell wrote a book that glosses over slavery in ways that need to be criticized.

The book isn’t about the reality of the South, it’s about the backwards-looking, dreamy, fictitious, mythical version of the South that Margaret Mitchell saw being worshipped around her in the 1930s. And the fact that criticism (by which I mean critical thinking applied to its place in the canon) of the racist implications of the book elicits name-calling and ridiculous cries of censorship means that that fictitious myth is still alive in the minds of people who don’t want this conversation to happen. Any book that is taught in schools and loved by so many (including myself), is worthy of our critical eye. If it doesn’t stand up to it, it’s not worth its place in our canon.