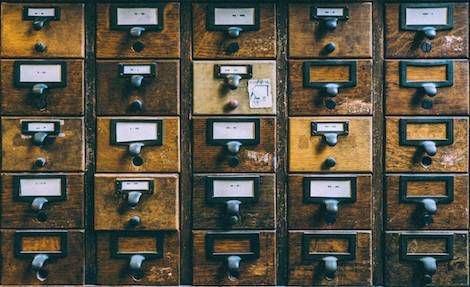 If someone asked for your 921, would you know what they meant? If you heard someone sigh after a bit more 398.2: could you discern their intent?

If so, then you probably speak library.

Anyone who’s shelved books for an extended period of time—or, really, any consummate stack-wanderer—learns to read spine stickers like guideposts. A Dewey classification so becomes easy shorthand for the things we want most: travel. Understanding. A little happily ever after.

Why not incorporate those codes into our readerly slang? Dewey’s enumerations are an esoteric language, maybe, but in the best possible way.

Here’s a little glossary to get the habit going:

320.5: politics—really, straight up partisan insanity. (This is where Ann Coulter lives.) (Usage: “Do you want to grab drinks?” “You must be kidding—after the 320 you spoiled my dinner with last week?”)

130: paranormal and occult things, but also some real kookiness. If you were to shelve a book about, say, your microwave spying on you: it’d go in this area. (Usage: “Did you see Spicer’s press conference today?” “Yeah, no—I’ve had my fill of 130 for the week.”)

398.2: fairy tales. This is where all of the happily ever afters go. Well: and some stepparents leading their children off into the forests. And some former mermaids turning into seafoam because they can’t bring themselves to commit homicide. This section is kind of messed up, really. (Usage: “I’m holding out for my 398.2.” “That seems a little drastic.”)

930: ancient history. (Usage: “He seemed normal enough, but after I found out that he loved Nicholas Sparks, he was 930.”)

290: (context is important here.) This is where all of the world religions that aren’t Christianity live; Christianity gets 200-290. The rest of us get 290-300. It’s super proportional. (Usage: “You know, for people who claim to love religious freedom, 45’s administration and their supporters sure are being real monsters to the 290s among us.”)

619: (no longer in use) This is where the “experimental medicine” titles–read: hooey–used to be shelved. (Usage: “How bad is tetanus? I really don’t trust doctors.” “Well….do you have any colloidal silver handy? You COULD just 619 it.”)

and the last two of this installment:  800 (literature)

Shelve it where it belongs, y’all!