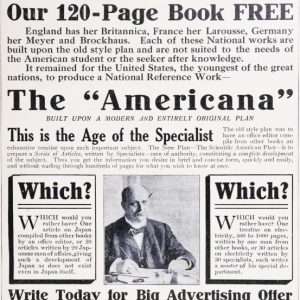 Have you ever wondered how books were advertised in the Days of Yore? In 1910’s The American Magazine, to be specific? Well let your curiosity be satiated, because here for you we have old book ads, from that exciting new children’s book The Secret Garden to “a dainty booklet” by Ella Wheeler Wilcox. Vintage book advertising, here we go. 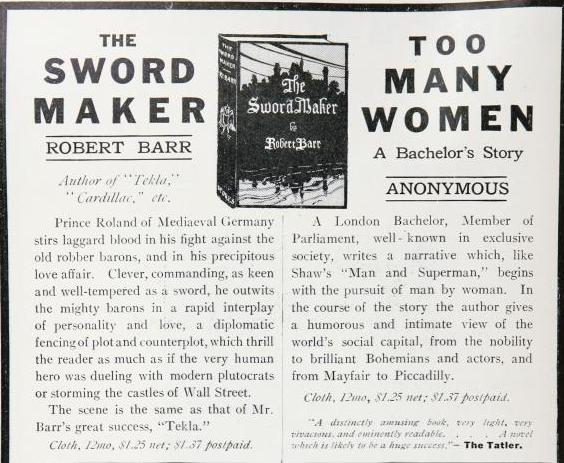 Ah, 1910. A time when people could apparently be expected to know what “laggard” meant. Also, let’s applaud the advertiser for taking a book about a prince in medieval Germany and telling people it’s absolutely a tale for their times and doesn’t it remind them of Wall Street? (The Public: “not…really” Advertiser: “Sure, it does.”) 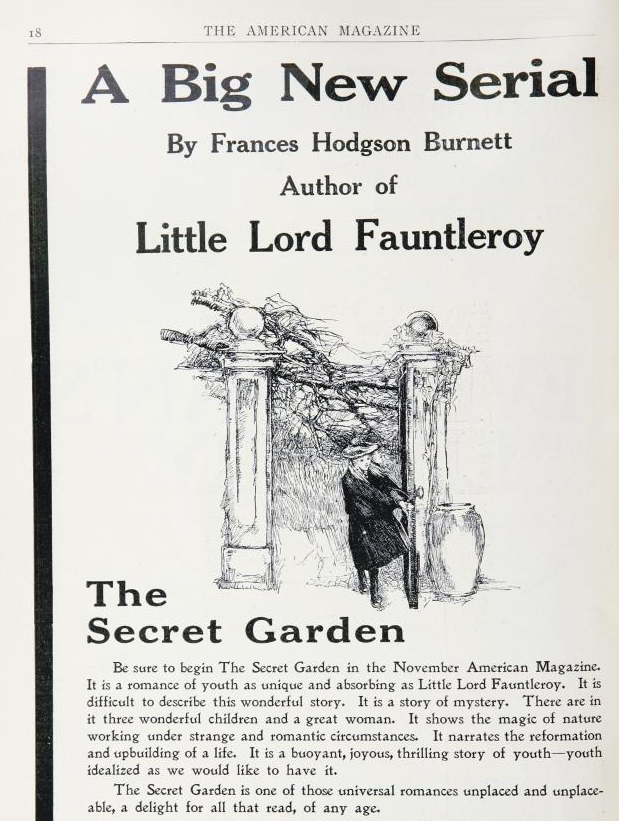 Can you imagine a time when a magazine was trying to convince you The Secret Garden was as good as Little Lord Fauntleroy? “The Secret Garden is one of those universal romances unplaced and unplaceable, a delight for all that read, of any age.” I can’t tell if I’m upset or not that this copywriter’s seemingly overblown descriptions are in fact 100% on the ball. 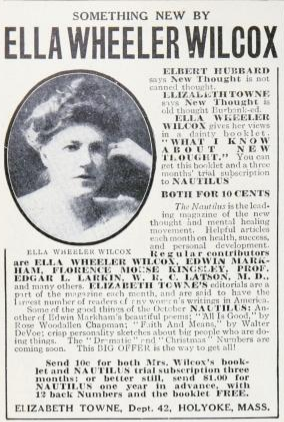 “Elbert Hubbard says New Thought is not canned thought.” Do you think they gave anyone who wanted it a job in advertising back then? Like “Hey there! You, boy! Would you like to work on Madison Avenue?” “Gee, mister!” And then he wrote this ad. 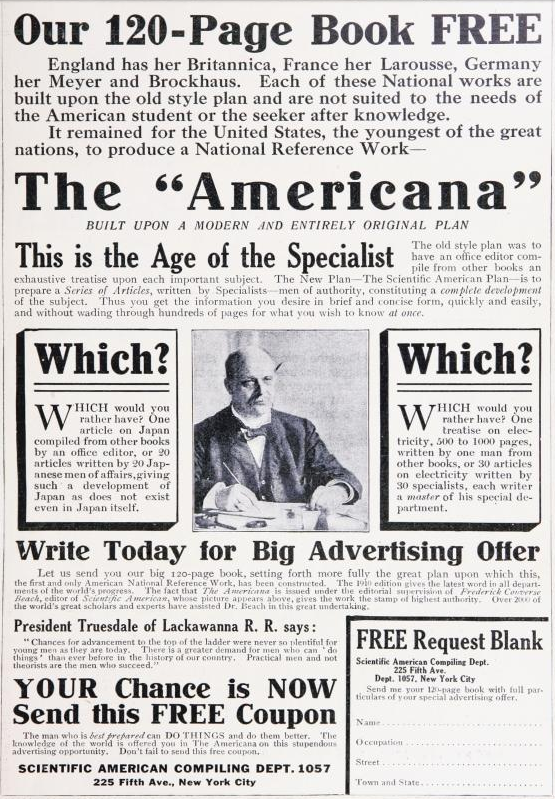 YOUR CHANCE IS NOW. Fifty points for that phrase, and -1000 points for choosing that picture for your ad. Are you serious? “Hey, Bill, which one should we go with?” “I guess this one where he looks kind of sleepy and dumb and mean.” “Sounds great.” On the plus side, this whole new encyclopedia idea reminds me of the movie Ball of Fire, starring Barbara Stanwyck, which if you haven’t seen it, you should go home and do immediately. 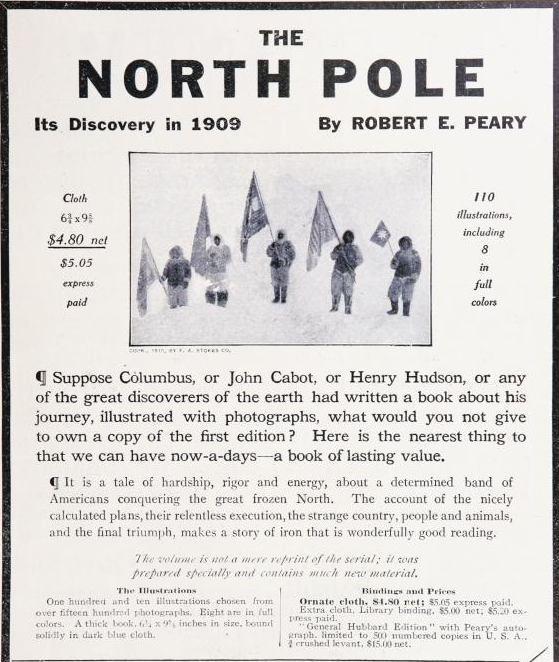 Look at their stylistic choice of the paragraph symbol at the beginning! Don’t you love it? I love it. That is both bold and interesting, advertisers. Also more books please about “a determined band of Americans conquering the great frozen North,” although doesn’t Kate Beaton have some comics that disprove this?

So, some book ads are good, some are bad, and nothing changes. Except that you can no longer get a new hardcover for $1.25.