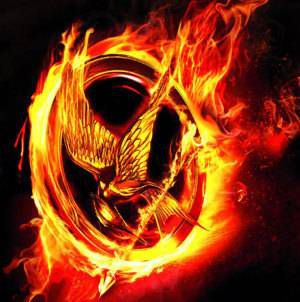 There’s a million reality TV shows, and most of them really suck. Boring plots, boring premises, both happening to boring people. But that doesn’t need to be the case. What if reality TV began doing what every other entertainment medium does, and pillaged ideas from books?

May The Odds Be Ever In Your Favor: A Hunger Games TV Competition

The built-in irony of suggesting a TV based on the arenas in The Hunger Games is not lost on me, believe me. The entire premise of the books and movies is the horrifying idea that two children are culled from each of the twelve districts and put into an arena where they must fight to the death while a television audience watches and cheers at the slaughter. Yes, it’s horrifying and already a comment on our televised spectacles.

Now first things first, I am not suggesting we 1) use children 2) Kill children. I’m not actually insane. But honestly, those two are the only things we really have to change in order to bring the Hunger Games themselves to our screens.

Ideally, this would be a yearly contest. How we select who goes into the arena is, as yet, beyond me. An early-season set of “training” episodes would be interesting, the equivalent of the auditions on American Idol, back in the day. An awful lot of potential combatants are put through some basic paces, and people vote who they want to keep and go.

The “Arena” will not need to be domed in any way, like they are in the Hunger Games. Put barriers around a large area of an environment, and then we put the combatants inside of it. Each year, ideally, the environment changes. Then, the Hunger Games begin and we see who is the last one left standing.

Now how do we handle the killing? Well, there are different ways. For one thing, it could be done with paintball, or something equivalent to that. Or otherwise, you could put the equivalent of the ShockWatch stickers (they use them on Mythbusters to monitor G-forces, but we wouldn’t use quite that thing) onto people’s bodies, and when whatever condition is decided on to indicate death happens, then that person is done and has to leave. An impact to the body armor (from a paintball or a wooden sword?), or the removal and loss of something small attached to each person, perhaps? Or simply authorities monitoring instances of combat and declaring that one person or another is out, much like a referee other sporting events? I don’t know yet.

As in The Hunger Games, the environment would be as much an obstacle as the other combatants themselves. The arena would be decently large, large enough that it isn’t an instant fight that wraps up the show within half an episode. Sometimes, we’ll be seeing fights, but a lot of the show will be survivalism, along with the tension of near-misses (an episode where a slow combant with his guard down has no idea that he’s only a small distance from four others…but we know, thanks to on-screen maps).

Moreover, the environment could be a threat, as in The Hunger Games. Not quite to the same extent, though. We won’t have vicious hybrid insects which can kill you with their sting, probably fewer Resident-Evil-esque CG dogs, or killer fog or spontaneous forest fires. I don’t know why, but the authorities get all moody when we want to kill people as part of our TV shows. That said, there’s nothing which says you couldn’t have a paintball-esque minefield, surrounding some valuable supplies. Or net traps. Or hell, depending on what pain we’re allowed to get away with…the gamerunners could sneak into the game one night and spider-web an area that was previously accessible with electric wire and a low, stinging voltage.

There would be alliances and betrayals as surely as in The Hunger Games, and that’s popular reality show fare.

Everything is being monitored by the people handling the competition, as surely as everything is being filmed for our watching. Not only cameras positioned on trees and camera crews in the woods (wearing bright colors and declared nuetral), but give each contestant a GoPro camera or something to not only film what they’re doing, but talk into. The magic of editing will turn it from chaos into a watchable program.

what wait no this isn’t what i meant at all

Each year, a different group of contestants and a different environment. First we are in a dense wooded area. Next year, we’re on a small tropical island, with a central forest and a beach running around it. Third year, a desert. Fourth year, make a ramshackle abandoned few blocks of a city and put ’em there. I think it would be really interesting to put them in the snowy wilderness of Labrador, or somewhere, and see what happens that year. Everything is carefully monitored so that, yes, you might get as injured and malnourished as any other survivalism reality show, but you won’t actually die.

One exciting thing is that, unlike the Hunger Games, you don’t necessarily know who’s gonna win. You never doubted that Katniss Everdeen was gonna pull through, because she was the star of the books and the movies…but on this show? The Katniss equivalent might do something dumb in episode 2 and be out, as quick and pointlessly as that. This opens up the show a lot and makes it a genuine tense competition to see who wins, through ruthless skill or perhaps sheer dumb luck.

I would love to watch this. Okay, let’s be honest, I want to be on this program. I would be so boring. I’d be the “Katniss hides in a tree” scene, only it would go on for weeks and weeks…