While they are by no means the only shops in town, the majority of comics in the market are published by Marvel Entertainment and DC Comics. The companies’ characters are some of the oldest and most widely recognized in the world. But each publisher has their own style — here’s a handy breakdown of the differences.

DC Comics was initially founded as National Allied Publications in 1934. They changed their name to DC in honor of one of their best selling books, Detective Comics (which introduced Batman in 1939). But after nearly 80 years of comics, their most famous issue is still 1938’s Action Comics #1 – the first appearance of Superman.

Marvel got their start in 1939 as Timely Publications, home of the Hitler-punching Captain America. Marvel as we know it today really took off in the early 1960s, with the creations of Stan Lee and Jack Kirby, such as the Fantastic Four, Spider-Man, and the Hulk. 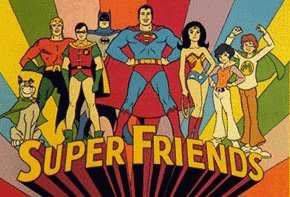 The Justice League is DC’s premiere superhero team. The Trilogy of Superman, Batman, and Wonder Woman is usually a constant. Aquaman, The Flash, and Green Lantern round out the rest of the widely recognizable members. Sometimes you’ll get characters like Green Arrow, Black Canary, Hawkman and Hawkgirl, or Martian Manhunter on the team as well. Think of the Bruce Timm early 2000s animated Justice League series or the classic Saturday morning cartoon, Super Friends. The Teen Titans are also one of the more popular groups. They originally started as the “sidekicks team” (with Robin, Kid Flash, and Wonder Girl) but evolved to include teenaged superheroes. One of the more popular line-ups of the Teen Titans (who also had their own cartoon shortly after Justice League) includes Robin, Cyborg, Beast Boy, Raven, and Starfire. 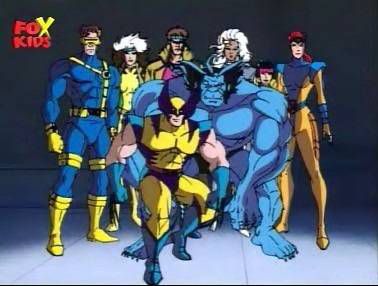 With The Avengers busting all sorts of box office records this summer, the classic Marvel superhero team has become widely recognizable. Iron Man, the Hulk, Thor, and Captain America were part of the original line-up back in the 1960s. Hawkeye and Black Widow have spent a fair share of time on the team, along with Ant-Man, the Wasp, Ms. Marvel (now Captain Marvel), the Scarlet Witch, and Quicksilver, and lots and LOTS of other characters. There was a Great Lakes Avengers team for a while. For reals. But Marvel’s most popular super-powered team is the X-Men. If you were a kid in the late 80s/early 90s, you probably have very fond memories of the X-Men cartoon on Fox. Wolverine, Cyclops, Rogue, Gambit, Storm, Beast, Jean Grey, and a large cast of merry mutants fought their way into our young hearts and cemented their place with the late 90s movies. And of course, you can’t forget your friendly neighborhood Spider-Man, Marvel’s most well-known character, now starring in his own Broadway musical.

The Marvel Universe is, or tries to be, grounded in our own world. The vast majority of locations are real world locations, with a lot of superheroes based in New York. There are exceptions, like Doctor Doom’s home country of Latveria and Black Panther’s kingdom, Wakanda. You’ve also got mythical locations like Asgard and the Nine Realms and Atlantis. But there’s always been a drive at Marvel to keep things relatable.

The DC Universe (or DCU for short) is where you’ll find an array of fictional cities. Metropolis and Gotham, home to Superman and Batman, are the most well-known, but you’ve also got the twin cities of Central City and Keystone City, as well Coast City, Opal City, and Star City (apparently they really like the word “city”). Since there are also references to real world cities (Wonder Woman has been based in Washington, D.C. and Boston), there have been many maps over the years that place DC’s cities alongside actual locations.

To save us all, I won’t get into the alternate universe structures.

In September of last year, DC completely relaunched and “rebooted” their entire line of comics, called the New 52. With a couple exceptions, it’s like they hit a giant reset button on everything, giving new and lapsed comic readers a chance to jump into comics without worrying about 70 years of continuity. They’re a year in, but it’s still a great time to grab a title and check it out. My personal favorites are Wonder Woman, The Flash, Swamp Thing and Animal Man (which go hand-in-hand), Batman, and Birds of Prey.

Over at Marvel, they’re on the verge of a similar initiative. It’s more of a restructuring than anything else, with the creative teams and the books’ directions changing up. Called Marvel NOW!, the initiative starts in November and slowly rolls throughout all of the titles. There’s a lot of buzz and excitement around this in the comics community, but I’m really not quite sure what to expect. As someone pointed out to me, if the New 52 is like launching a new iPhone, Marvel NOW! is like releasing a new iOS. But I’m hoping it’ll be a good opportunity to get into Marvel Comics if you’ve been liking what they do with their movies.

Speaking of the movies…

Since you’ve got a better sense of who the heroes are, the movies should be easier to identify. But a good rule of thumb is if Stan Lee makes a cameo, it’s a Marvel movie.

Comic movies are bit different than book-to-movie adaptations. Instead of purchasing the rights to a book, studios buy a license to produce a movie (or more often, movies) about certain characters. Since DC Comics is owned by Time Warner, Warner Brothers Studios has all the movie rights for DC’s characters.

Up until recently, that wasn’t the case with Marvel. After successful franchises at Fox and Sony for X-Men and Spider-Man (and a few unsuccessful projects like the Fantastic Four and Daredevil), Marvel struck out on their own and started their own movie studio. Marvel Studio’s first feature, Iron Man, was a huge hit, giving The Dark Knight some serious box office competition the summer it was released. (Personally, I think Marvel having their own production studio has lead to better movies that are truer to the characters and stories.) Iron Man 2 and The Incredible Hulk (the one with Edward Norton) did well enough to attract the attention of the Walt Disney Company. Marvel Studios are still producing movies on their own, like Thor, Captain America and this summer’s most awesome movie ever, The Avengers; but now Disney owns them and their large stable of characters.

Just like with Macs and PCs, you’ll find comics fans that are fiercely loyal to a particular publisher. Lately, I find myself more of a Marvel Girl (I blame the X-Men books being so excellent these days). But clearly there are great stories and rich characters on both sides of the fence. With both companies working to gain new readers, it’s the perfect time to try both out and find out if you’re a Marvel or a DC.